Poet and Ruler. The Case of Dāstān-e gol, Lahuti’s Poem for Stalin

This article focuses on Lahuti’s poem Dāstān-e gol (The Story of a Rose), which has not been included in any of the poet’s published collections. The conspicuous absence of that poem from printed sources is due to the peculiar circumstances of its creation in 1938.It was written as a private letter, and its only addressee and intended
reader was Josef Stalin (1878–1953), the leader of the Soviet Union from the mid-1920s until his death. A typewritten copy of the poem has been preserved in the Lahuti archive. Poems to and about Stalin constitute a special genre of Soviet poetry; by the end of the 1930s, a great many such unrestrained panegyrics had been composed. However, the poem deviates markedly from other poetry of the genre in a very special way: it was not meant for publication;
it was addressed directly to Stalin and served a very specific purpose ‒ to convey a private message from the poet to the ruler asking to right the wrong. We preface our publication of the text with the story behind the poem; this story sheds some light on the poem’s pragmatic goal and on the subsequent fate of its author. We publish Dāstān-e
gol in full, in a Persian–English parallel translation, and conclude this article with a short analysis of the poem. Here we focus mostly on the rhetorical strategy of persuasion chosen by Lahuti in his attempt to influence the emotions of the ruler by means of poetry, in accordance with old Persian custom. 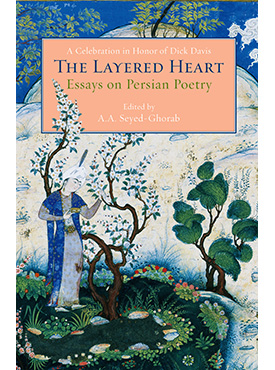