The Education System in the Russian Federation: Education Brief 2012

Washington: The World Bank, 2012.
Nikolaev D., Chugunov D.
This Education brief is intended for non-Russian researchers willing to get familiar with Russian education system and more generally for all those involved in education and education policy. It does not represent exhaustive information on Russian education system and all problems and challenges existing there, but provide a snapshot briefly describing its main features. Education brief - 2012 retains its main special feature which is the combination of statistical data and qualitative information to describe the organization and functioning of education system in the Russian Federation. The report provides an up-to-date array of indicators to measure the current state of education in the country. The indicators provide information on the human and financial resources invested in education, on how education and learning subsystems operate and evolve. The analytical parts of the report examine key problems and challenges faced by education system administrators and policymakers in education sphere.
Priority areas: humanitarian
Language: English
Full text (PDF, 9.28 Mb)
Keywords: socially deprived groupsquality of educational serviceseducation sphereeducational leveleducational institutionseducation systemlifelong learningeducation policyfinancial resourceshuman resourcesstatistical datalearning subsystems 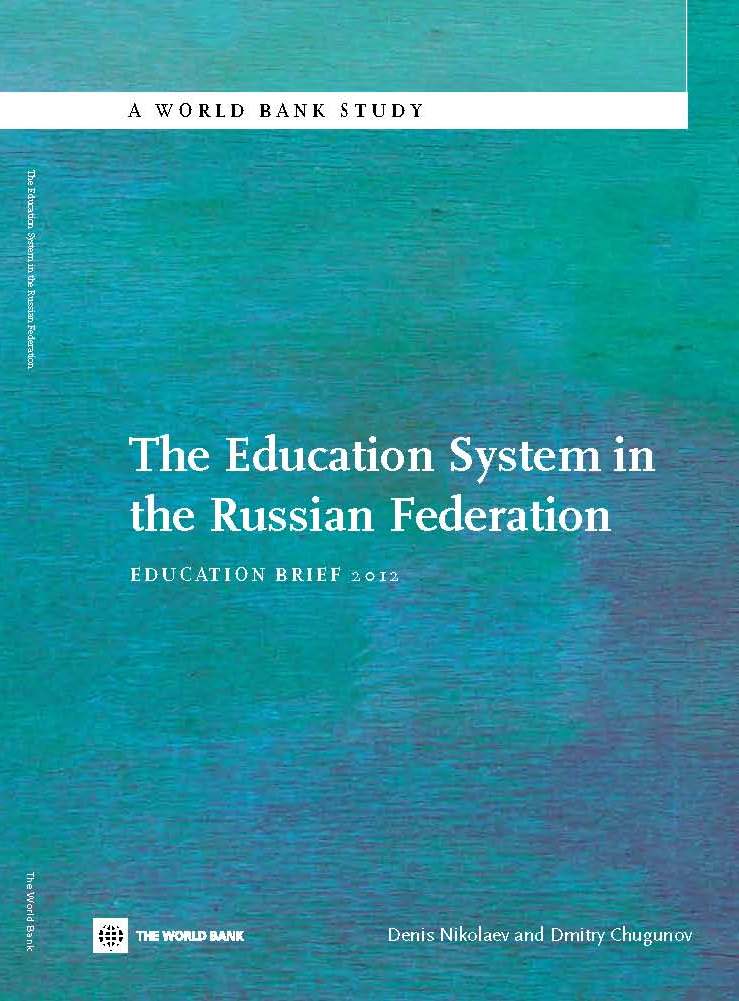 Similar publications
The Parents' Values of Early Childhood Education and Care in Russia: Toward the Construction of Evaluation Tools
Savinskaya O. Education. EDU. Высшая школа экономики, 2015. No. 26/EDU/2015.
This article describes the development of tools for parental evaluation of the quality of services in municipal kindergartens. The parents’ point of view is required as part of a complex evaluation of the quality of educational services in order to make an evidence-based educational policy. We emphasize the importance of a preschool educational institution and its complex role in the implementation of the principles of the welfare state: it has not only an educational, but also a social function, providing governmental support to families with children. This statement is discussed in the literature review which emphasizes the importance of full day educational services. These services allow parents of preschool children to exercise their right to work, as well as perform the socializing role of a kindergarten. Qualitative methodology was used in the research. The empirical base of the study is 30 in-depth interviews with mothers as more involved part of parents. The results show that parents understand the service provided by a kindergarten as a complex, aimed primarily at daytime children’s education and development in a specifically organized educational space, performed by professional educators. The greatest parental value is children’s opportunity to "learn how to communicate", to resolve conflicts and to find compromises, and to relate their behavior with group-mates and peers. The second most important value of education in a kindergarten is the development of life skills, surviving with routines, as well as the associated skill initiative. At the same time, the main professional competence of the educator is seen in their ability to create a positive emotional climate, an atmosphere of openness for the realization of a child’s individuality and to create a space for comfortable communication with parents.
Развитие статистики образования в Российской Федерации
Забатурина И. Ю., Ковалева Н. В., Кузнецова В. И. и др. Вопросы статистики. 2010. № 12. С. 55-68.

Many mid-income countries face a significant and challenging problem of low educational achievement. This research looks at a Full-Time Primary Schools Programme implemented in Mexico, to work out if extending the time pupils spend at school can enhance skills in language and mathematics. The results of matching plus difference-in-differences point to a positive impact on schools value-added. The effects are concentrated among poorer schools, with gains after policy adoption of 0.11 standard deviations (SD) in both subjects. However, quantile regressions show that the lowest-performance schools are not benefiting from longer school days, posing questions on programme effectiveness to improve the achievement of those who are more in need. Analysis of causal channels suggests that gains reported by the programme do not come from changes in the composition of teachers and pupils in treated schools, and that richer schools are more prone to devote the extra-time of instruction to non-core subjects, notably sports and arts.

An Analysis of the Economic Determinants of Food Security in North Africa
Rodionova L., Kopnova E. Basic research program. WP BRP. National Research University Higher School of Economics, 2017. No. 166/EC/2017.
This paper investigates the issue of food security as the basis for stable economic development using the example of North Africa. A statistical analysis of economic and financial factors in relation to the determinants of food security was carried out using a panel cointegrating model based on official international statistics of the Food and Agriculture Organization (FAO) and the World Bank for 1991-2014. According to the results, population growth and the intensification of agricultural production, foreign trade and foreign direct investment play a crucial role in food security. The study revealed the relationship between food security and the development of the banking and financial systems in the region, and their degree of globalization. The strategy of a long-term investment policy pursued by the World Bank and FAO to combat hunger and poverty was justified. The methodology proposed can be used to monitor and evaluate the effectiveness of policies to maintain food security in the regions of Africa.
Психология и педагогика в системе гуманитарного знания: материалы: материалы IV Международной научно-практической конференции, г. Москва, 2 – 3 октября 2012 г.
М.: Спецкнига, 2012.
The Four Motives of Educational Innovators
Khavenson Tatiana, Koroleva Diana, Lukina Anastasia. Education. EDU. Высшая школа экономики, 2019. No. 52.
Education systems across the world are experiencing significant transformations. Grassroots innovators play an important role in these changes. To stimulate the development of grassroots innovations it is important to understand the mechanisms that underlie their creation. This paper investigates the motivation of individuals who initialize innovative projects in education. The approach to measuring motivation was adopted from the Panel Study of Entrepreneurial Dynamics (PSED) initially developed for social and commercial entrepreneurs. The Russian version of the methodology was elaborated and validated to study educational innovators. The sample consists of 437 participants of the Competition for Innovation in Education (KIVO). Four types of motivation are identified: social, self-realization, status, financial. They are explained within the self-determination theory (SDT) and grassroots innovations. The social and self-realization motives are inherent in all the actors, while the other two vary among innovators. This motivational structure allows the authors to differentiate between specific types of innovators – social entrepreneurs and ‘non-entrepreneurs’. The discussion, following the conclusion in this article, focuses on which environment would be favorable for developing innovations, considering the personal motives for innovative activity. The results can be valuable for education policy.
Подходы к построению партнерских взаимоотношений семьи и школы
Богданова Е. З. В кн.: Управление образованием. СПб.: Отдел оперативной полиграфии НИУ ВШЭ – Санкт-Петербург, 2012. С. 16-18.
Инновационная деятельность в системе образования
Edited by: И. Рудакова Ч. VII. М.: Перо, 2013.

The paper presents a model of continuous profession-oriented learning in the electronic environment at organizational, technological and learning levels. The learning level involves the application of modern technologies in e-pedagogies. The educational process is being built on the bases of iterative analysis, competence assessment and individual trajectories of learning. The organizational level implies the formation of integrated knowledge space which unites community of teachers from various higher educational institutions, research organizations and business enterprises within the system of academic knowledge management. At the technological level the members and partners of the integrated knowledge space are provided with appropriate instruments within the framework of social networks to develop educational and methodological materials, to search, to capture, to accumulate and to systematize knowledge with respect to the competence model’s requirements based on ontology method. The model aims at developing the methodology for creating and maintaining the intelligence systems to generate comprehensive competences. It enables the education institutions to effectively solve the problem of enhancing the education quality and assurance to meet the requirements of the business innovative development in knowledge society.