Andrei Tarkovsky: A Photographic Chronicle of the Making of ‘The Sacrifice’

Andrei Tarkovsky's last film The Sacrifice what shot during spring and summer 1985 one Gotland and in Stockholm. This book contains more than 250 photographs taken over the course of the shooting period, from the first day of filming to the last. You will not see in these photographs a posing director, or posing members of the film crew, no; rather you will se a visual record capturing our workday, rehearsals, pensive moments, minutes of repose and instances of extreme tension. Time and memories slip away, but photographs bring back to life the details, atmosphere and mood. This book fulfils a desire to share with everyone who values the oeuvre of Andrei Tarkovsky that "sculpted time" - those captures moments - when we filmed, in Sweden, the work that was to become his testament to the world, in order to impart, in whatever way possible, the irrepressible, incandescent energy that burst forth from the director in a continuous torrent, affecting and enchanting every one of us who came into his presence. 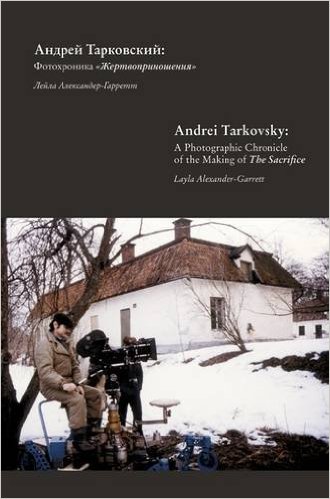