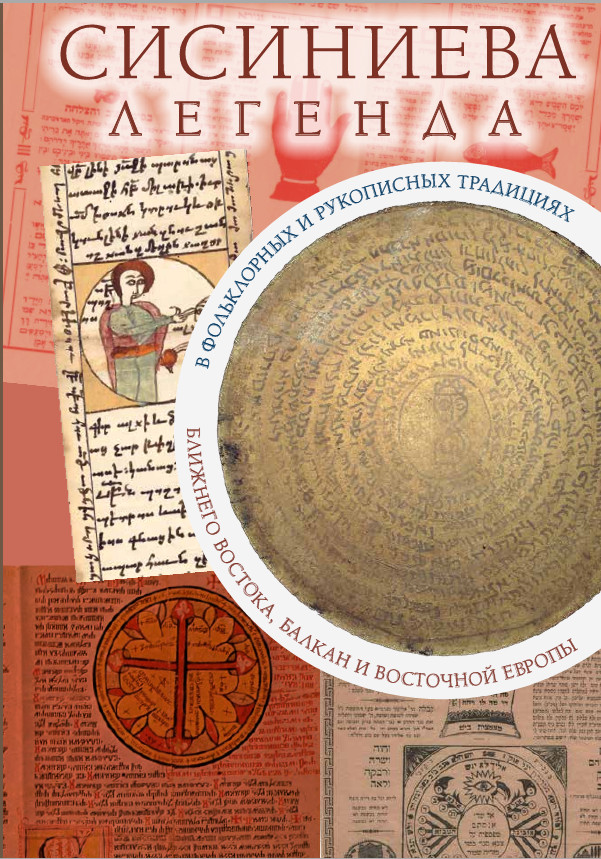 Similar publications
Наблюдения над палеографией византийских надписей Северного Причерноморья
Виноградов А. Ю. Вестник древней истории. 2012. № 1. С. 182-195.
Symbolism and Mythology of the Ancients: an Outline of Georg Friedrich Creuzer’s Argument
Shalaeva A. Humanities. HUM. Basic Research Programme, 2014. No. 80.
This paper seeks to establish German Romanticism as the foundation for the process of formation of the humanities as a discipline. The research aims to enquire into the ideas that were crucial for the formation of mythology into discipline. The research explores the role of the romantic philosopher and philologist Friedrich Creuzer’s arguments in relation to the history of science of mythology. The findings of the research illustrate the impact of the different positions in the debates surrounding mythology in the age of German Romanticism and German Idealism on the development of the humanities as a discipline. At the same time as he was studying the symbolism and mythology of the ancients he was acutely influenced by romantic ideas. We suggest that this fact is crucial for the interpretation of the history of mythology as a subject and as a discipline along with the complex interactions between historical, philological and philosophical arguments in Creuzer’s work.
Лики великой богини
Шестопалова Е. В. Дом Бурганова. Пространство культуры. 2011. № 4. С. 77-86.

The article deals with the causes of modern dualistic view of women in media and mass communication. In the article author analyzes the reasons for the transformation of the female image from the time of the Ancient World to the present day. The author addresses issues of social and cultural influence on the distorted view of the function of women in society. A wide range of test materials (folklore, medieval works, materials of media, etc.) makes it possible to draw conclusions on the continuing bifurcation in Summaries - 274 - the perception of the female image and constant presence of the attributes and patterns of social behavior that differ sharply from each other.

This is a collection of essays dedicated to Prof. Helmut Keipert, a famous German slavist, professor emeritus of the University of Bonn; the articles were written on the occasion of his seventieth birthday. The general object of study of the international body of scholars is the history of Slavonic literary languages and Slavonic literary texts. This particular volume unites articles on language contacts and interconnection between Slavonic and non-Slavonic literary traditions.

The article features translation problems associated with Russian fairy tale renderings into English and revealed during their comparative analysis. The tales seem to represent fairly complex verbal signs and cultural phenomena whose status borders on cultural symbolism and/or semiotic artifacts. Translator perception patterns driven by the fairy tale message search for its further code-switching appear to be strongly dependent on referencing. Text surface structure is referenced to the wonder-land world of fairy tales as a certain eventful scenario. A cross-language analysis of Russian-English subtexts taken in parallels allows for tracing some text-internal translation tactics.

The book «The personal diary of Dr. John Dee» deserves the closest attention of all those who work in the field of history and philosophy of science, history of ideas, cultural studies, as well as the history and theory of esotericism. The central material of the book is personal notes of the famous British mathematician, astrologer, alchemist and philosopher John Dee (1527–1609), in the field of whose scientific interests there was a wide range of different branches of knowledge. The text in Russian is published for the first time and has nothing to do with John Dee’s Enochian diaries, edited by M. Casaubon. In addition, the book includes fragments of the texts by various authors — J. Lysons, B. Stoker, W. Lilly, G. Heppel and others, as well as a lengthy article about John Dee, written by a translator of the diary and applications — Yu. F. Rodichenkov, PhD. It seems that the attention of a reader interested in this topic will also be attracted by a detailed chronology of the life of John Dee.

The article is dedicated to the history and typology of one of the Byzantine liturgical books.

Transhumanism is the brand-new term, which appears only in the beginning of the 21st century. The adherents of this term consider further development of humanity in a close contact with nanotechnology. People were always interested in how to improve the quality of life and prolong it. Medieval alchemists didn’t find the philosopher’s stone, the Holy Grail is still a legend. The Third Reich scientist’s experiments influenced in the development of medicine, but didn’t reveal the secret of immortality. In the 21st century scientists came more than ever closer to the creation of perfect man with the help of nanotechnology. How do philosophers consider this breakthrough in philosophy of technics?

"Semiotics of Scandal" is the third collection of the series "Mechanisms of culture". It presents the materials of an international conference held at the Center for Slavic studies (Sorbonne, Paris). The authors, using different methodologies, analyze different forms of scandal as one of the dominant categories of the literary process, history, and politics.