Тульчинский Г. Л.
The article describes the evolution of political governance in Russia and the USSR as a manifestation of the general dynamics of social and political management in the world.
Language: Russian
Full text (DOC, 61 Kb)
Keywords: political managementsoviet nomenclatueconvergence 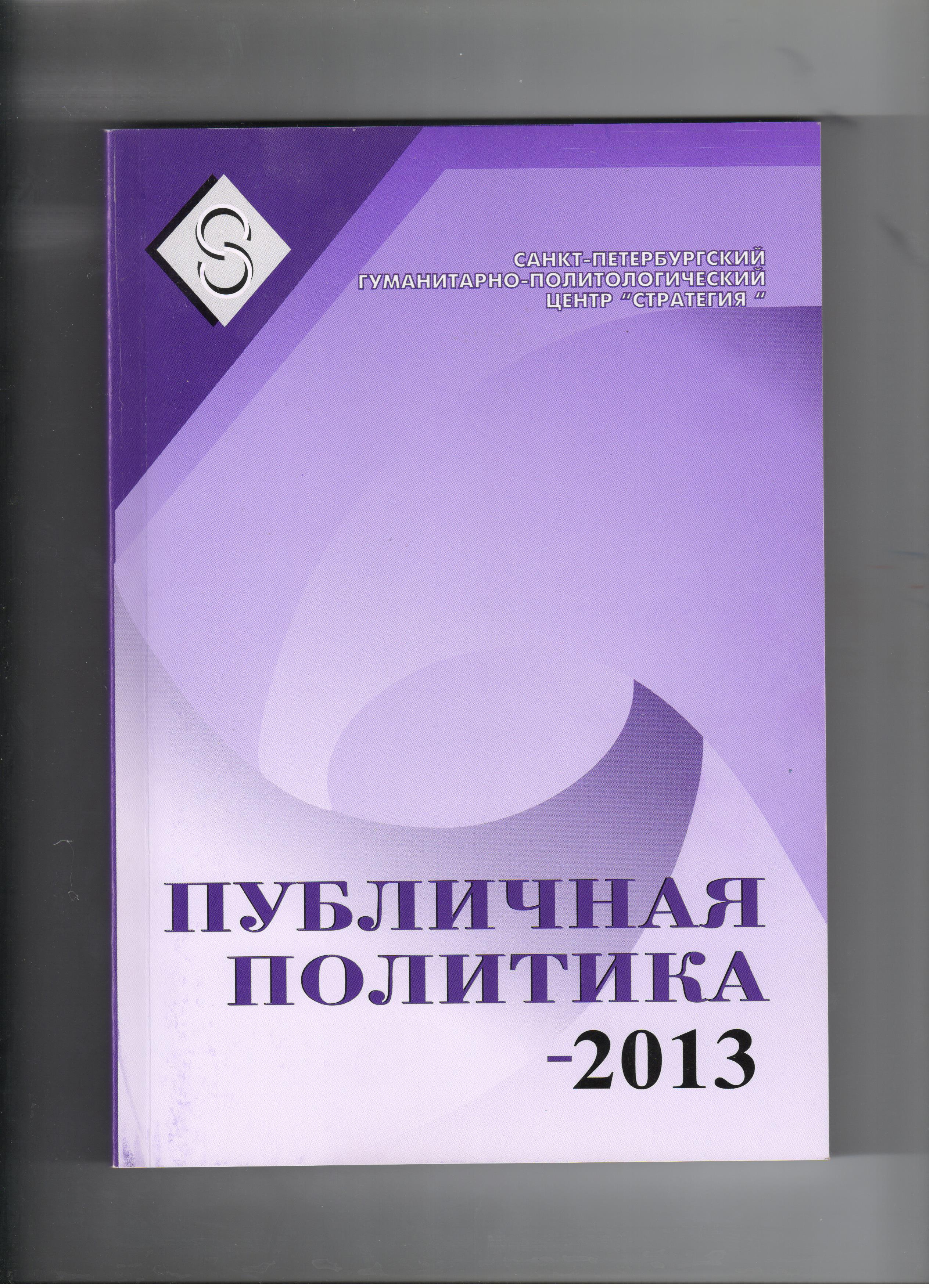 From anthropological point of view culture is the product of acting humans. Human nature is created by culture and is determined by it. Language is the most important part of cultural and national identity. It develops dynamically decoding traditional values and beliefs, and those connected with modern culture. Moreover, it reveals convergence or an impact of one culture over another that is generated in different languages. To compile “converged” lexical entries it is necessary to show not only how the languages encode a particular experience of the world or how extra linguistic or cultural realia is interpreted but also what fosters their differences to be leveled.

The current analysis is based on cognitive approach that can be useful to see the implicit assumption that is embedded within the mental maps or frames of norms and values of this or that culture and to view a kind of correlation in a lexical unit. Each item is supplied with a definition to reveal its semantics, pragmatics and socio-cultural sources of their generation. It is also important to discover what significant concepts are not shared by other cultural groups. To be more precise some converged items are examined diachronically and synchronically. Among them phraseological units, neologisms and even non-equivalent items are to be taken into consideration first of all.

Technology foresight has been increasingly undertaken by developing countries to identify technologies whose adoption might serve as a platform for future economic growth. However, foresight activities have not, by and large, resulted in well-developed policy initiatives. Three factors are relevant for improvement. First, foresight activities would benefit from being more informed by the convergence literature and global convergence experience over the past several decades, and should therefore incorporate organically the concepts of absorptive capacity and technology gap into foresight exercises. Second, certain preconditions – in particular the existence of a functional national innovation system – enhance the likelihood that foresight exercises will be successful. Third, in order to achieve wide buy-in and promote the sustainability of initiatives generated by the foresight activity, developing countries are advised to consult widely in the foresight process. Policies emanating from foresight activities should additionally address two core challenges: a) a clear definition of those technologies that should be developed internally vs. those that should be sourced from abroad and b) identification of the internal capabilities to be developed in conjunction with those technologies targeted for acquisition from abroad.

The current state of methods of the solution of boundary problems of mechanics of continuous environments is characterized. It is noted that packages of applied programs applied in engineering practice are based on the methods leading to solutions of boundary problems in the form of massifs of numbers. As a shortcoming the im-possibility of a reliable assessment of an error of such decisions for the majority of complex engineering chal-lenges is noted. As the alternative is stated an essence of a fictitious canonic regions method. It is shown that its application leads to solutions of boundary problems not in the form of massifs of numbers, but in the form of the functions which are identically satisfying with to the differential equations of boundary problems. The main ad-vantage of the fictitious canonic regions method - high precision of received results and possibility of a reliable assessment of their error. The review of stages of development of the fictitious canonic regions method is executed. The review of the works devoted to its application for the solution of scientific and engineering problems is executed.

The article describes the problem of convergence of technical and eco-nomic education through the use of marketing categories. The scheme of inter-action and interpenetration of scientific disciplines at the present stage of devel-opment of society is also presented in the article. The article examines the evolu-tionary forms of the fundamental categories of marketing – the rate of use-value, and the mechanism of convergence of technological and economic education in a bipolar economy.

Breaking out of Poverty Traps: Internal Migration and Interregional convergence
Guriev S., Vakulenko E. Centre for Economic Policy Research Discussion Paper Series. ISSN 0265-8003. Centre for Economic Policy Research, 2013. No. 9675.
In this paper, we study panel data on region-to-region gross migration flows in Russia for 1995-2010. We find that barriers to labor mobility that hindered internal migration in 1990s, have been generally eliminated by the end of 2000s. In 1990s many poor Russian regions were in a poverty trap: potential workers wanted to leave those regions but could not afford to finance the move. In 2000s (especially in late 2000s), these barriers were no longer binding. Overall economic growth and development of financial markets allowed even poorest Russian regions to grow out of the poverty traps. This resulted in convergence in Russian labor market in 2000s; the interregional gaps in incomes, wages and unemployment rates decreased substantially and are now comparable to those in Europe.
The Convergence in Spatial Tasks
Кулагин В. П., Цветков В., Максимова М. Европейский исследователь. 2013. Т. 58. № 9-1. С. 2179-2184.

The article reveals the problem of convergence of direct and inverse problems in Earth Sciences, describes the features and application of these problems, discloses analytical features of direct and inverse problems. The convergence criteria and conditions for convergence were presented. This work is supported by the Grant of the Government of the Russian Federation for support of scientific research, implemented under the supervision of leading scientists in Russian institutions of higher education in the field "Space Research and Technologies" in 2011–2013.

Managing the peaceful transition of authoritarian states to democracy and a market-economic system represents a tremendous challenge. Whether it comes to reconstituting the coherency of the state following armed conflict, expanding participation rights and the rule of law in emerging democracies, overcoming corrupt structures, fighting poverty and inequality, or establishing clear rules for stable market-economic competition, the requirements are enormous, and the pressure on responsible leaders is intense. After all, the quality of political management makes an essential contribution to the success or failure of transformation processes. The Bertelsmann Stiftung’s Transformation Index (BTI) thus systematically places political decision-makers’ steering capability at the heart of its analysis and, as a result, is the only index in the world that measures and compares the quality of governance with self-collected data. This is done in the firm conviction that the ongoing comparative study of transformation processes is invaluable for the successful design of reforms and holds enormous global potential to learn from different political strategies for steering change, even though diverse traditions, power configurations, resources and cultures necessarily make each transformation process unique. The BTI measures and compares transition processes in 129 transformation countries with data collected between 2013 and 2015 and establishes their global rating based on detailed country reports. Now in its seventh edition, it offers the opportunity to understand long-term trends and global developments through the analysis of time-series data. The spotlight on current developments is thus complemented by a decade of data that captures the most varied transformation processes and puts into perspective recent progress and setbacks on the way to democracy and a market economy.

This thought-provoking monograph analyzes long- medium- and short-term global cycles of prosperity, recession, and depression, plotting them against centuries of important world events. Major research on economic and political cycles is integrated to clarify evolving relationships between the global center and its periphery as well as current worldwide economic upheavals and potential future developments. Central to this survey are successive waves of industrial and, later, technological and cybernetic progress, leading to the current era of globalization and the changes of the roles of both Western powers and former minors players, however that will lead to the formation of the world order without a hegemon. Additionally, the authors predict what they term the Great Convergence, the lessening of inequities between the global core and the rest of the world, including the wealth gap between First and Third World nations.

Among the topics in this ambitious volume:

·         Why politics is often omitted from economic analysis.

·         Why economic cycles are crucial to understanding the modern geopolitical landscape.

·         How the aging of the developed world will affect world technological and economic future.<

·         The evolving technological forecast for Global North and South.

Economic Cycles, Crises, and the Global Periphery will inspire discussion and debate among sociologists, global economists, demographers,  global historians, and futurologists. This expert knowledge is necessary for further research, proactive response, and preparedness for a new age of sociopolitical change.