University Expansion in a Changing Global Economy: Triumph of the BRICs? 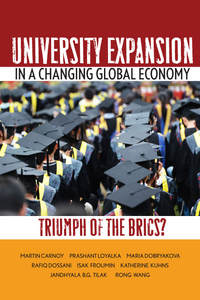