by year
Subject
News
It's All about Social Capital
Multiple factors determine how well immigrants can adapt to living in a new country. According to research, the key factors are social capital, i.e. having friends who can help with housing, employment and other basic needs, and the immigrant's approach to becoming part of their new community and culture (i.e. acculturation attitudes and strategies). A team of HSE researchers examined the relative importance of social capital and acculturation strategies for successful adaptation of immigrants from Central Asia and South Korea living in Moscow.
'Our Work Will Be Useful in the Search for Earth Twins’
Why is space so fascinating? Who is hindered by the Earth's geocorona? What personal qualities are essential for a research physicist, and how will academic careers regain their prestige? These were the questions that came up in HSE News Service’s interview of Igor Balyukin, a Senior Lecturer of the HSE Faculty of Physics and the winner of the 'Best Work Performed by Young Scientists' nomination category of the RAS Space Research Institute competition.
The Caucasus without a Cap
Global warming has caused the total area of more than 600 Greater Caucasus glaciers to drop by approximately 16%, according to an international research team that includes Stanislav Kutuzov, geographer from HSE University. Glaciers without rock debris coverage have decreased more than those with debris coverage.
Publications
Author:
Campus:
Any
Moscow
Saint Petersburg
Nizhny Novgorod
Perm
Sub-department:
Keywords:
Subject:
Priority areas:
▼
Language:
▼
russian  english
Year:
2021
1958
Add a filter
Of all publications in the section: 2
Sort:
by name
by year 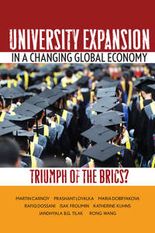