The Nogais of the North-Eastern Caucasus call their funeral stone steles syntaslar. Thousands of these steles rise in the cemeteries of the Nogai Steppe. So far, they have not attracted the attention of researchers yet. The book first introduces into the scientific turnover of about three hundred Nogai syntaslar. These are curious monuments
culture of one of the Muslim peoples of Russia. The earliest of these steles date back to to the last quarter of the XVIII century. This type of monuments is preserved in the Nogai Steppe up to 70-80-ies of the XX century. The authors of the book analyze texts, form and ornamentation of grave steles, images on them of various objects related to both
Islamic denomination of Nogai, as well as clothes, ornaments and occupations of men and women. Particular  attention is paid to the inscriptions of the XVIII-XX centuries, made in Arabic script, mainly in literary Arabic. Book
is designed not only for specialists, but also for a wide range of readers interested in history and culture of the Turkic Muslim peoples. 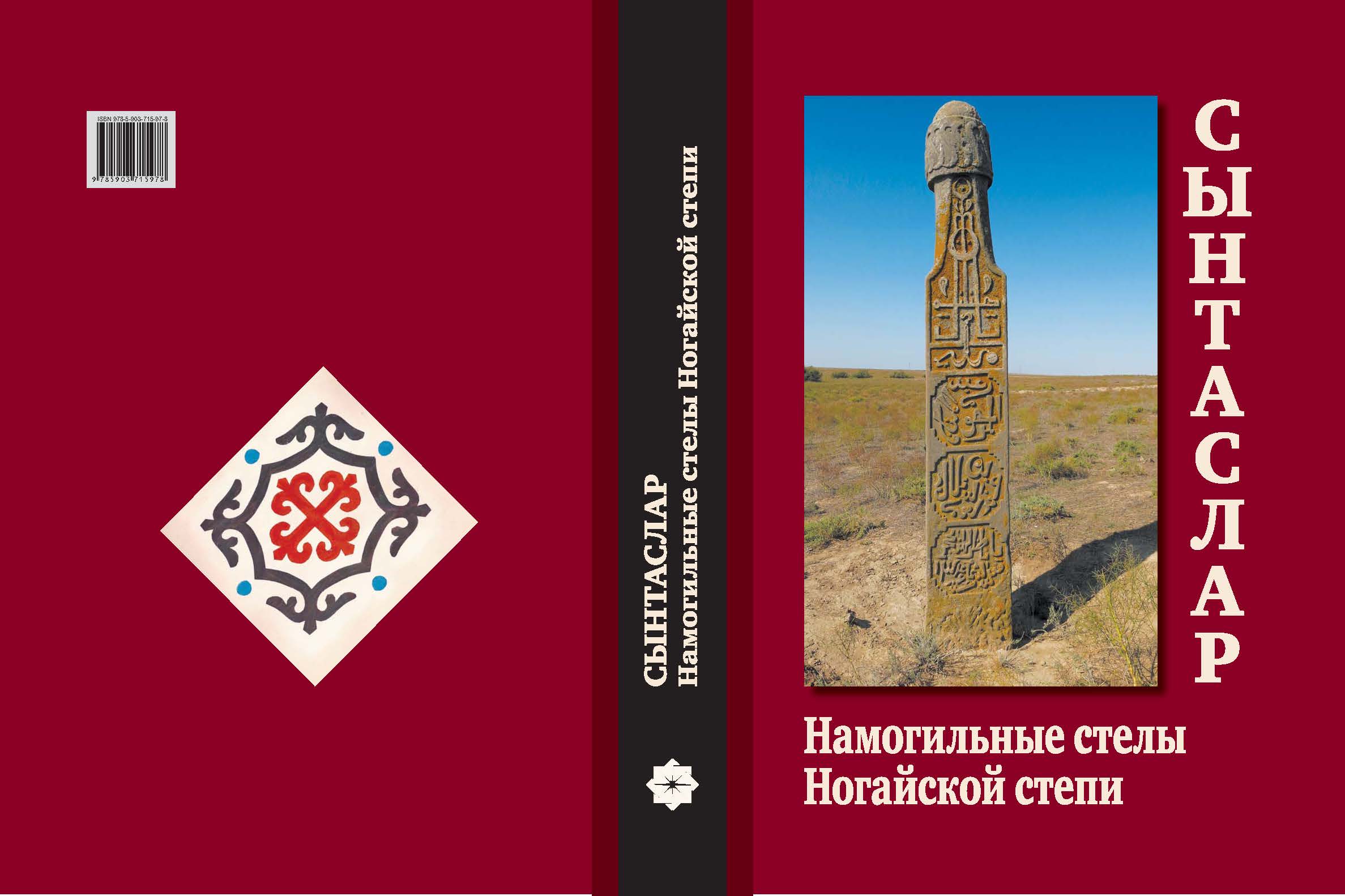