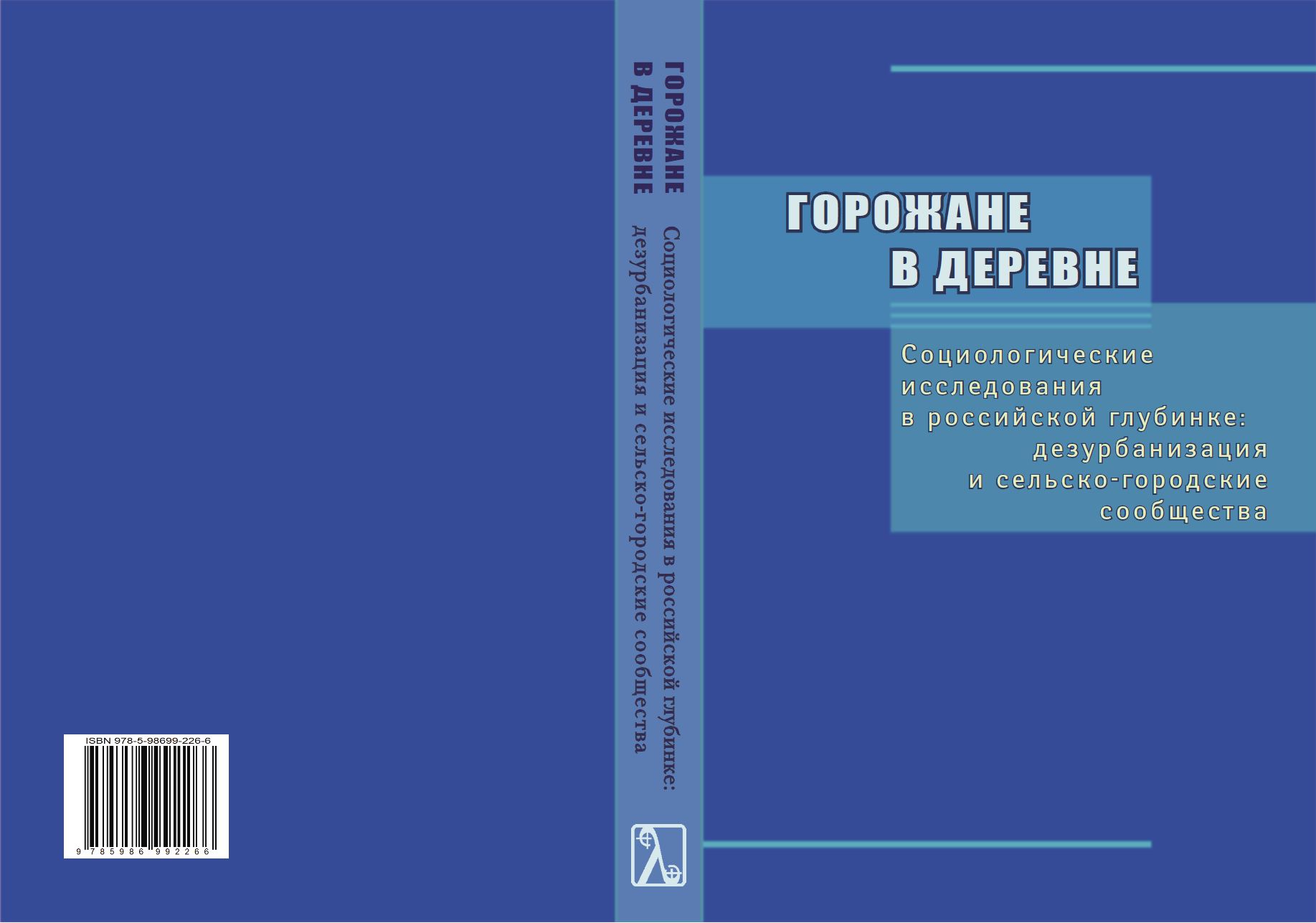 The article analyses the determinants of job mobility of young workers on the Russian labor market as well as the impact of high level of job mobility on future wages. The analysis is based on the data of the Russia Longitudinal Monitoring Survey (RLMS) for 2000–2010. The results show that mobility decreases as the person ages; more educated young workers change their jobs more often than less educated ones. The estimations also show that 1 or 2 moves during 4 years (compared to zero moves) positively affect future wages, whereas 3 moves during 4 years do not have significant impact on it.

This  reader  contains  a  collection  of scientific  works, speeches given  at various conferences, Internet-based  articles  and  other works thematically related tothe  Ugory project  carried  out  by  the Society of Professional Sociologists  (SoPSo). Such  issues  as the  current  state of  rural communities in  the  Near  North  of  Russia,  the  protection of  the  natural environment and  cultural  heritage, the natural reproduction of  capital,  the prospects  of migration  of  the urban'creative  class' to the  countryside  and  its subsequent  work  in a remote  access are  discussed  in  this  reader. The collection of scholarly  works has  aninterdisciplinary  character and  brings  together social scientists,  economists,  social geographers, specialists  in  the  field of  public administration,  as  well  asevolutionary  biologists and  ecologists.  In  the  articles  of this  reader, the prospects of  development of the Near   North  of  Russia, especially the Kostroma region, are explicitly outlined. The reader is  intended for scientists in  related disciplines, undergraduate and graduate  students,  as  well  as the residents  of  the Middle  North of  Russiawho  are interested in the future of their region.

In his article V.N. Musolov considering the image Antichrist, created by V.l. Soloviev, as a means of ideological struggle, author examines embedded in this image meanings and target audience this image. The author gives special attention to coincidence between the description of Antichrist Soloviev's and subsequent interpretations of the Russian intelligentsia.