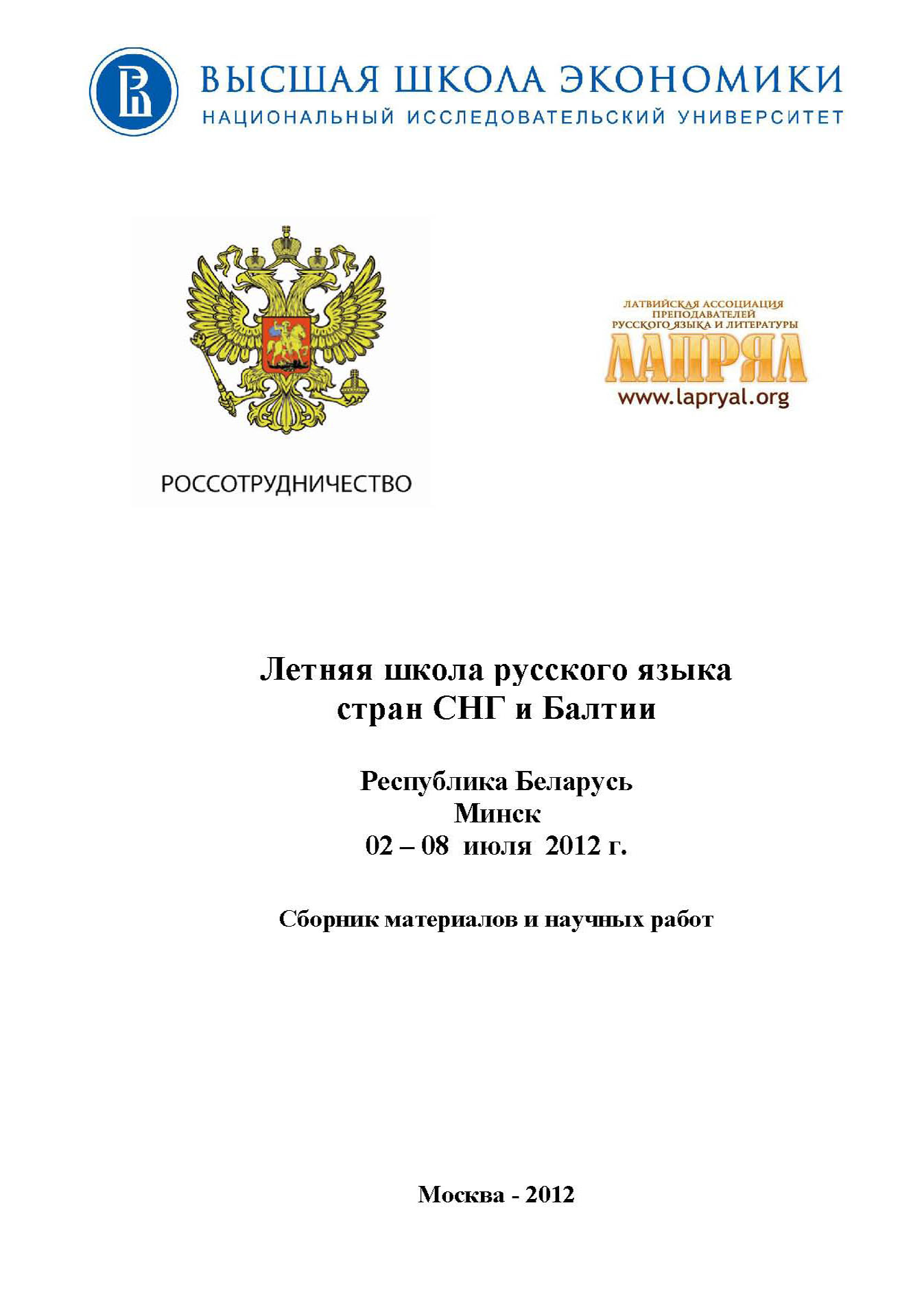 The monograph would be useful to students, PhD students and lecturers at journalism departments and schools of language studies, as well as to a wide range of readers, who are eager to preserve the purity and expressiveness of the Russian language.

This article is devoted to the study of borrowed lexis penetration in the recipient language. The author represents the methods of loan words analysis and their usage in the process of foreign-language communication. The financial and economic terminology is taken as the material of the research. We define the types of lexical borrowing and types of teaching assignments which are designed to help students acquire these terminological units.