The idea that in the near future we should expect “the Singularity” has become quite popular recently, primarily thanks to the activities of Google technical director in the field of machine training Raymond Kurzweil and his book The Singularity Is Near (2005). It is shown that the mathematical analysis of the series of events (described by Kurzweil in his famous book), which starts with the emergence of our galaxy and ends with the decoding of the DNA code, is indeed ideally described by an extremely simple mathematical function (not known to Kurzweil himself) with a singularity in the region of 2029. It is also shown that a similar time series (beginning with the onset of life on Earth and ending with the information revolution—composed by the Russian physicist Alexander Panov completely independently of Kurzweil) is also practically perfectly described by a mathematical function (very similar to the above and not used by Panov) with a singularity in the region of 2027. It is shown that this function is also extremely similar to the equation discovered in 1960 by Heinz von Foerster and published in his famous article in the journal “Science”—this function almost perfectly describes the dynamics of the world population up to the early 1970s and is characterized by a mathematical singularity in the region of 2027. All this indicates the existence of sufficiently rigorous global macroevolutionary regularities (describing the evolution of complexity on our planet for a few billions of years), which can be surprisingly accurately described by extremely simple mathematical functions. At the same time, it is demonstrated that in the region of the Singularity point there is no reason, after Kurzweil, to expect an unprecedented (many orders of magnitude) acceleration of the rates of technological development. There are more grounds for interpreting this point as an indication of an inflection point, after which the pace of global evolution will begin to slow down systematically in the long term.

Language: English
Full text
DOI
Text on another site
Keywords: singularitytechnological developmentBig Historyglobal phase transitionmacrodevelopment
Publication based on the results of:
Instruments and Factors of Socio-Political Destabilization in the Middle East and Central Asia (2019) 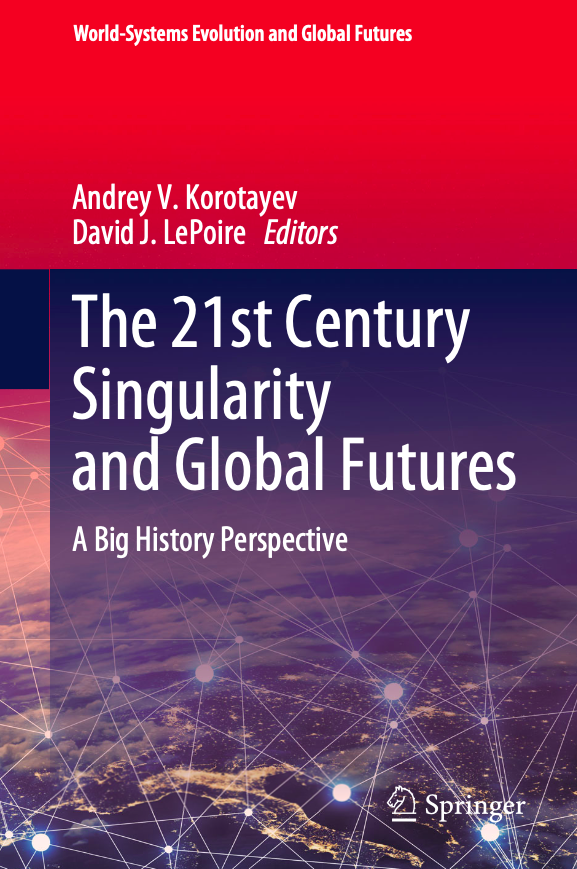