Chiefdoms and their analogues: alternatives of social evolution at the societal level of medium complexity

The articles in this book pose important questions about the place of chiefdoms on political antropology. First, we must ask if the very notion of the chiefdom has become outdated. Can the chiefdom be regarded as an evolutionary stage? Do archaeological data adequately correspond  to it? Does it make sense to offer definitions to the chiefdom, and is not the value of all typologies rather limited? Has the introduction of this notion been beneficial to archaeology or has it only obscured the situation?
The chapter is devoted to the analysis of chiefdom analogues, or various evolutionary alternatives to the chiefdom: poleis, autonomous towns and complex village communities, cast-clan systems, non-hierarchically organized territorial groups and federations of villages, certain types of tribal systems, and so on. All chiefdom analogues' forms can be subdivided into a few types: monosettlement analogues (with the majority of the population concentrated in a single central settlement); horizontally integrated polysettlement analogues; and corporate analogues. The notion of chiefdom analogues which we put forward will advance the theoretical analysis of the cultural-political variations among medium-complex societies where chiefdoms are bound to occupy one of the main positions.

Language: English
Full text
Text on another site
Keywords: communitySocial EvolutionChiefdomspolitogenesistribesancient societysociopolitical system
Publication based on the results of:
Near and Middle East in the context of the global phase transition (2017) 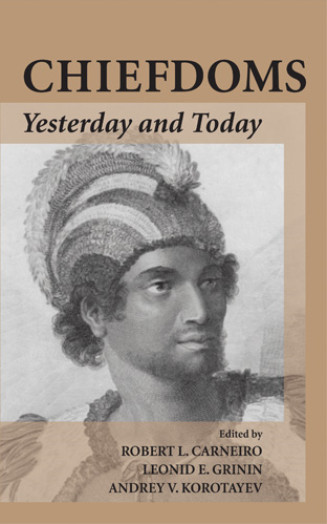