Outstanding Polish historian and organizer of science, active in cooperation with Russian colleagues, academician Alexander Gieysztor (1916 - 1999) was born in Moscow, which his parents left for Poland after the conclusion of the Treaty of Riga in 1921. The history of Gieysztor's family, quite typical in terms of the generations of the "Russian" Poles represented in it, enables to touch upon a number of key points of Russian-Polish interaction such as hierarchy and dynamics of ethno-cultural identities, choice of strategies of behavior, Russophilia and Russophobia, migrations, cross-cultural dialogue, mechanisms of historical memory. The article is based on Polish and Russian materials including those, which are studied for the first time. 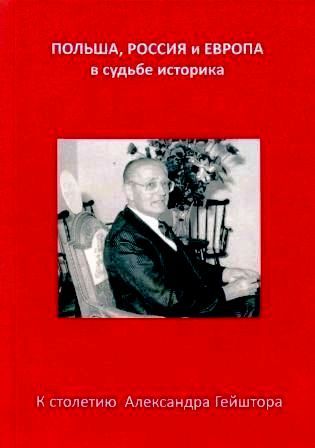 The book aims to trace and explain the historical evolution of Moscow, the capital of the Tsardom of Russia, Soviet Union and Russian Federation, as a political entity and political community, and to understand what place Moscow occupied within the Russian political space and what role it played in Russian political life for centuries until 2018. The authors consistently examine the dramatic political history of the contemporary Russian capital in the Moscow (13th – 17th centuries) and St. Petersburg (18th – 19th centuries) epochs, in the Soviet period, in the post-Soviet era, and identify its key points and the most pivotal events.

The article is devoted to historical continuity in the state governing. Issues of existing analogies in the process of forming of system and structure of executive bodies in Russia are considered. The special attention is given to a combination of branch and functional approaches to the organization of executive bodies at different historical stages. In the context of the presumption of "Ideally uniform government" questions of a parity of powers of monarch and ministers in the Russian empire and of the President and the ministries in the Russian Federation are mentioned.

The Sheremetev almshouse in 1810 - 1812: arranging a modern institution in a pre-modern urban society
Lavrinovich M. Humanities. HUM. Basic Research Programme, 2014
Thе paper examines an attempt to implement modern disciplinary practices in the Sheremetev Almshouse in early 19th century Moscow. It was the first charity institution in Russia use practice of outdoor relief which was exploited patterns of relief employed in Central and Western Europe since Reformation. The focus of administrators on evaluating the social and moral conditions on the poor indicates that the Sheremetev Almshouse played a role generally associated with the state institutions established during the Catherine II’s reign in order to extend the modernizing efforts to a wider strata of the Empire's population.
Empire Speaks Out: Languages of Rationalization and Self-Description in the Russian Empire
Semyonov A., Gerasimov I., Mogilner M. et al. Vol. 1. Boston; Leiden: Brill, 2009.

Instructions For Staff Officers Of The Special Corps Of Gendarmes In Russia (1826 – 1836)
Biktasheva A. N. Humanities. HUM. Basic Research Programme, 2014. No. WP BRP 45/HUM/2014.
This paper reconstructs the rationale and principles governing the work of the Special Corps of Gendarmes in the Russian Empire during the first decade of the reign of Nicholas I. An analysis of instructions given to police officers and of their feedback reveals an intention to create an efficient watchdog — an institution that would keep an eye on the population as well as control local administrative bodies. The article demonstrates the ways in which the police produced knowledge about the empire. This knowledge, along with the findings of institutional science, was to serve as a basis for a new concept of power and rational governance.
Imperial Political Culture and Modernization in the Second Half of the Nineteenth Century
Kaspe S. I. In bk.: Russian Empire: Space, People, Power, 1700-1930. Bloomington; Indianapolis: Indiana University Press, 2007. P. 455-493.
Evolution of labour motivation for textile workers in soviet Russia (1918-1929): a microanalysis of archival data
Shilnikova I. Humanities. HUM. Basic Research Programme, 2013. No. 23/HUM/2013.
This paper examines the main measures taken to stimulate textile workers during the years of “War Communism” and the New Economic Policy and identifies the dynamics of the roles of the main elements of the labour stimulation system (compensation, coercion, and commitment). We discover what stimuli proved to be the most efficient during “War Communism” and the New Economic Policy. We analyse whether there was succession in the industrial labour stimulation system in pre-revolutionary (1880-1914) and Soviet (1918-1929) Russia and how actively Soviet managers employed the best practices of the pre-revolutionary factory administration. This paper also analyses the question of new practices introduced in the changing political and socio-economic circumstances. This paper is mainly based on archival sources.
Роль российских чиновников татарского происхождения в изучении государственности и права ханств Средней Азии (М.Бекчурин, М.Аитов, И.Батыршин)
Почекаев Р. Ю. Научный Татарстан. 2017. № 3. С. 26-34.