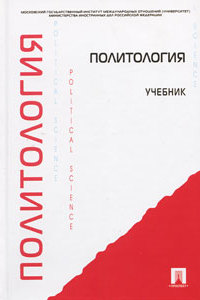 Лингвострановедение (французский язык)
Нежина Л. А. М.: АПК и ППРО, 2009.
Политическая культура на осях ценностно-нормативной модели социогенеза
Тульчинский Г. Л. Философские науки. 2013. № 1. С. 24-38.
Финансовые ресурсы и учреждения
Буторина О. В., Кондратьева Н. Б. В кн.: Европейская интеграция: учебник. М.: Деловая литература, 2011. Гл. 11. С. 186-202.
World Politics and Support for Terrorism within Muslim Populations: Evidence from Muslim Countries and Western Europe
Zhirkov K., Verkuyten M., Weesie J. Sociology. SOC. Высшая школа экономики, 2012. No. 08.
Focusing on the Muslim populations in five Muslim-majority countries and four Western European countries, we examine the levels of support for suicide bombings and other forms of violence. We found that support for terrorism among Muslims is present but the percentage of radicals is quite low. In both samples, support for terrorism is stronger among those who see democracy as a solely Western political system. This pattern of association is similar across the Western European countries, whereas the association varies considerably across the Muslim countries. The perceived economic dominance of the West is related to more support for terrorism among Muslims in Europe. In the Muslim countries, blaming the West for negative international relations is associated with greater support for terrorism. We suggest that improvement of the relationships between the West and the Muslim world can reduce support for terrorism and prevent radicalization within Muslim societies.
Dobre i złe sąsiedztwa. Od konfliktu do współistnienia i współpracy
Edited by: T. Maresz, K. Grysińska-Jarmuła Т. 2: Sąsiedzi w historiografii, edukacji i kulturze. Быдгощ: Wydawnictwo Uniwersytetu Kazimierza Wielkiego, 2017.

Author reviews Russian legal system based on The Russian Constitution (1993) and also considers functioning of basic political institutions and others associated with them. At the same time author  analyses reasons of unsatisfactory functioning of particular institutions from the point of view of the Constitution. In particular, author estimates constitutional status of Russian President and reveals his unproportional impact on other political and even civil societies institutions.