Space and Time in Languages and Cultures. Language, culture, and cognition 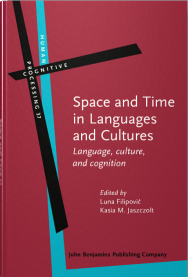