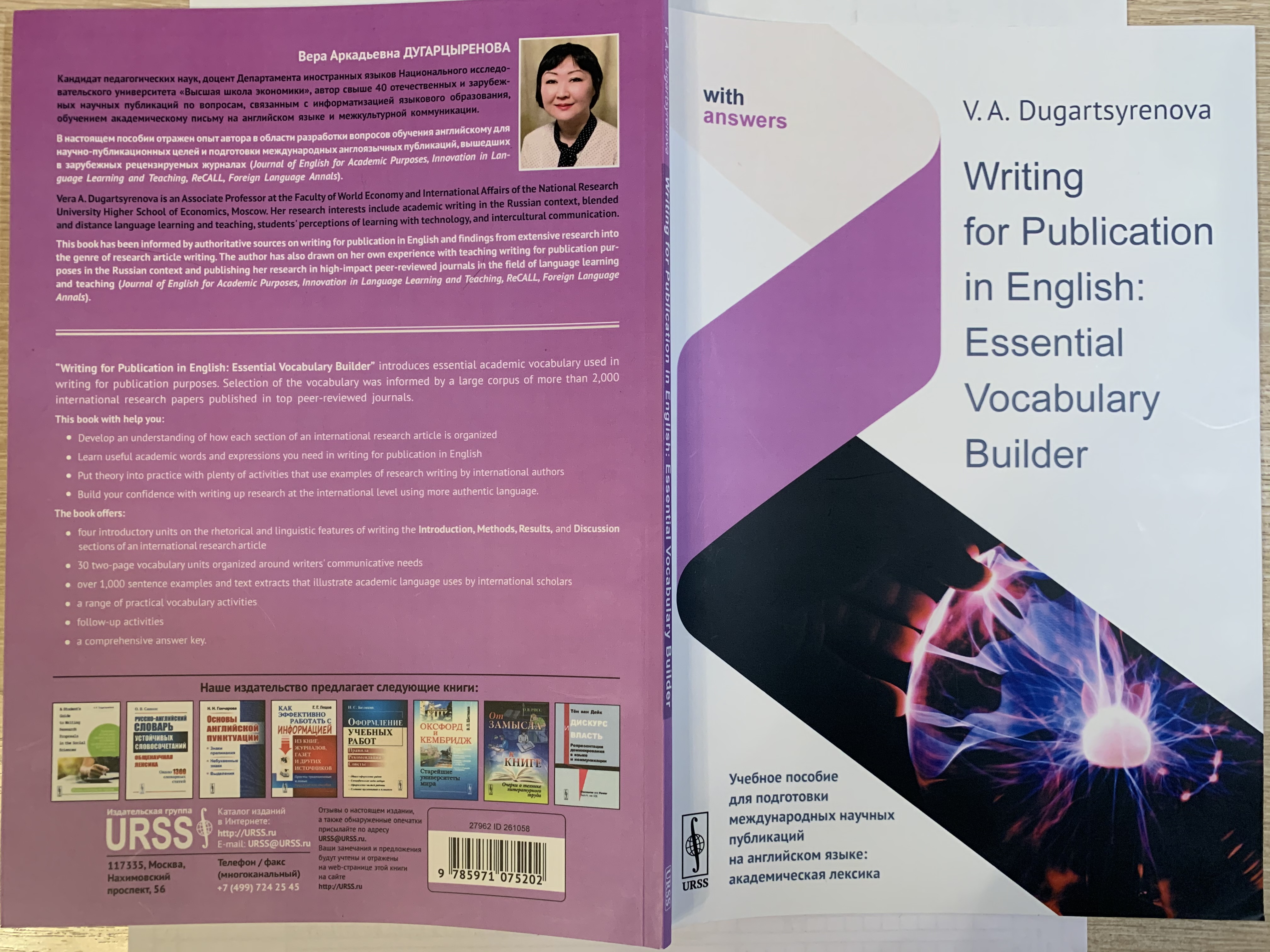 Chapter 17 of the monograph is devoted to academic skills acquisition at a non-linguistic university in Russia. It provides the main purposes of students studying at a double (London University and the Higher School of Economics) Bachelor programme and various techniques.

To help graduate students write, a new service, Writing Support Circles, was implemented at a large southwestern state university in USA. The purpose of this paper is to share how challenges in the design of this service impacted writing self-efficacy of its participants.

It can be easily used by students, teachers and those who want to develop their academic reading and writing skills.

The author presents the results of the recent study of project proposal presentations made by HSE graduates, and focuses largely on developing skills of academic writing. The materials presented can be useful for writing any type of an academic text.

The textbook is meant for students continuing to study English (levels B1-B2 according to the European Framework) and majoring in science. The exercises and tasks are aimed at developing speaking, writing and reading skills on the basis of authentic texts on the achievements of scientists rewarded the Nobel Prize in the years 2000-2014

Academic writing presumes its compliance with prevailing European and worldwide practice. The existence of various documentation styles (MLA, APA, Chicago, Harvard, Oscola  etc.) proposes paying attention not only to the content of an academic work but also to its execution, which should be done according to the peculiarities of a certain documentation style and the work professional orientation.

“It seems plausible to maintain that…”: Clusters of epistemic stance expressions in written academic ELF texts
Shchemeleva I. ESP Today. 2019. Vol. 7. No. 1. P. 24-43.

Nowadays, when English has firmly established itself as a lingua franca (ELF) in academic settings, it is very important to study the features of texts written by L2 speakers who come from a variety of cultural and L1 backgrounds and who use ELF in their academic communication. The present study focuses on clusters of epistemic stance expressions used in research articles written by L2 speakers. The analysis of 20 papers from the SciELF corpus reveals the patterns in the use of epistemic stance clusters, their distribution in different sections of research articles and the functions the clusters perform at the textual level. The results show that there are many similarities in the distribution and functions of epistemic stance clusters in texts. It suggests that the way L2 speakers who are professionals in their fields express epistemic stance is more influenced by the norms of the genre and the discipline than by their L1 and cultural backgrounds.

Most students come to their graduate programs with academic writing skills insufficient to excel in their studies. A lack of academic writing skills among graduate students has been a problem in a college of education at a large southeastern public research university where the project described in this article was implemented. To address this lack of academic writing skills, a new service, Writing Support Circles (WSCs), was designed and implemented for a small group of Latina students supported by a grant as a pilot program. WSCs are a series of workshops intended to create a community of learners who work together on improving their academic writing with guidance of a facilitator. The purpose of this article is to share the author’s experiences with designing and implementing WSCs with adult learners in a nonformal education setting at a university.