This volume provides a critical perspective on the Soviet legacy of superpower competition in the higher education systems of China and Russia. The book examines the tensions among multi-level forces that strive to advance progressive university policies and practices on the one hand, and on the other hand work to restore old-style hyper-centralization and indoctrination. It tracks the de-Sovietization of higher education, which aimed to integrate Chinese and Russian universities into global higher education but resulted in inducing status anxiety in the global hierarchies of knowledge development.

The chapter examines how the Russian federal government has been driving international student recruitment with attempts to force the modernization of higher education (HE) and promote soft power interests. We provide an overview of Soviet policies related to international student mobility, scrutinize the cyclic and multi-rational educational transformation that has been taking place since the 1990s, and reflect on the implications for the future. We explain the rationale of HE internationalization in contemporary Russia and show that the government’s reforms have focused on the political rationale inherited from Soviet times, combined with the heavy-handed modernization policy to fit in the context of global competition. This curious combination encourages higher education institutions to fixate on meeting government-led performance indicators, preserving the current structure of student mobility concentrated in a few institutions, and creating constraints for the development of academic excellence in Russian HE. 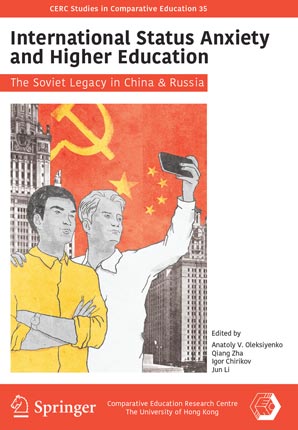