This book critically examines the Left Opposition in the Bolshevik party. This group, which is widely known as the “Trotskyist Opposition”, began to form in 1923–1924, when the Party experienced a severe political conflict that took the form of a public confrontation between two political trends related to issues of intra-party practice and economic policies. These problems of party and government leadership led to the friction and then split the party in 1926–1928. Already by 1923 the majority of members of both the Central Committee and the Opposition had become the ideological and organizational cores of their respective groups, which then combined into stable or situational coalitions. In examining these processes, the author addresses key issues of the Soviet political history of the 1920s.

The book draws on significant new archival research and offers an anthropological approach to understanding the political culture of the Early Soviet era. Moving beyond conventional explanations of the struggle for power in the USSR, the author focuses not only on the Leon Trotsky and his primary foes from the Party (Stalin, Zinoviev and others), but also reconstructing the opposition as the complex phenomena, which exposes how broad political communication functioned in the limited space of the Soviet politics.

The author reconsiders the main reasons and phases of the intra-party struggle, political views and individual roles of the oppositionists, in order to explain why the Opposition failed. Focusing not only on the traditional subjects of political history, such as leaders, power apparatus and program texts, the author reveals the rank-and-file’s role, as well as the instrumentations, meanings and tactics of their “grass-root” politics. The author’s approach allows readers to look beyond the dichotomies of open and closed, the upper and lower classes, formal and informal, and so on, drawing our attention not only to the relations between democracy and conflicts but also to rumors and secrecy, clientelism, and emotions.

Such analysis is possible because the political opposition of 1923–1924 was heterogeneous in composition, and informal in organizing support for reform in the party. In a practical sense, there were two oppositions — the leaders’ opposition and the masses' opposition — and, correspondingly, oppositions within the party among the elites and among the rank and file. Members of this coalition were united situationally as a result of their critical attitude toward party policy and more resolute support for "democratization" of the inner-party regime. As a result, the opposition was largely an abstract concept; its image was a shaky and sometimes elusive phantom. Being independent of its founders, its numerous actors constantly reconstructed the political spectacle of which they were a part.

The history of the Opposition makes it possible to take a fresh look at the features of policy in the first decade of Soviet power. Through such analysis, this work argues that policy cannot be reduced to the actions of the power elites or the impersonal mechanism of the party-state. 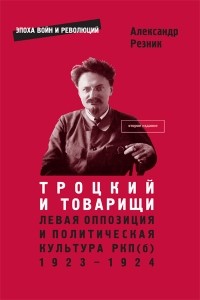