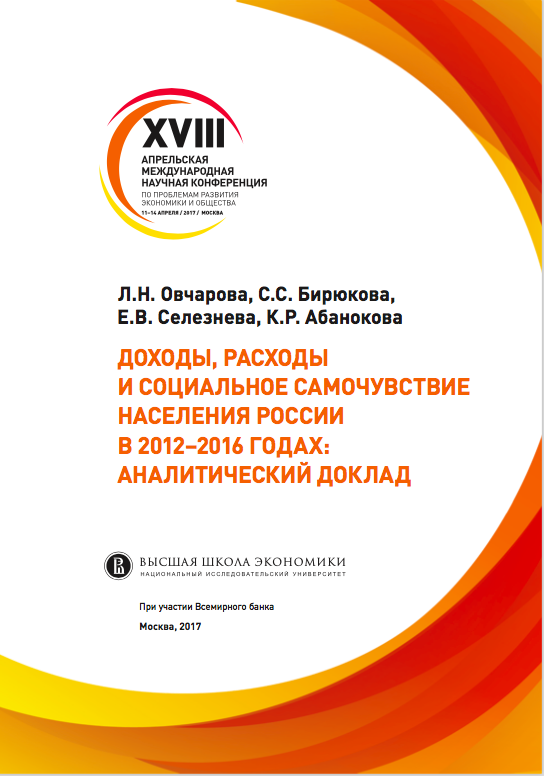 The article analyzes the current state of the Russian statistics. It points to the progress achieved, namely, free access to statistical data and adjustment to the market economy. Unsolved problems of the statistical methodology, usability of statistical data, and gaps in statistics are discussed.

Family Benefits and Poverty: The Case of Russia
Kolosnitsyna M., Philippova A. Public and Social Policy. WP BRP PSP. НИУ ВШЭ, 2017. No. WP BRP 03/PSP/2017.
25 years have passed since the beginning of market reforms in Russia. Like other post-soviet countries, in the early 1990s Russia faced a period of sharp decline in real household incomes. Then a gradual growth of population well-being began. However, income inequality was deep throughout this time. The poverty headcount is still over 10% on average and differs a lot among territories and socio-demographic groups. Russian poverty has certain specifics: there is a high risk of poverty for young working families with children.  This paper analyses the effectiveness of family benefits from various perspectives. We consider their impact on the poverty of families with children, using the concepts of absolute, relative and subjective poverty. The study is based on pooled and panel household data from the Russia Longitudinal Monitoring Survey – Higher School of Economics (RLMS HSE), 2003-2015. We model the influence of child benefits on the probability of being poor and estimate various econometric models. Other controlled factors influencing recipient household risk of poverty include the type of settlement, family structure, education and employment.  The results are robust and show the negative influence of family benefits on household risk for absolute and relative poverty. However, the subjective perception of poverty is positively correlated with benefits. The study also shows leakage and significant gaps in coverage in the system of family benefits. Overall, the study reveals the low effectiveness of family benefits in Russia and indicates a need for improved targeting.
Российские домохозяйства накануне финансового кризиса: доходы и финансовое поведение
Овчарова Л. Н., Синявская О. В., Ибрагимова Д. Х. М.: НИСП, 2008.
Качество жизни населения в регионах России (исторические, экономические, социальные и правовые аспекты)
Новосибирск: Новосибирский государственный технический университет, 2009.
Влияние выбора целей и инструментов политики денежных властей на уязвимость экономик
Трунин П. В., Дробышевский С. М., Евдокимова Т. В. М.: Издательский дом «Дело» РАНХиГС, 2012.
The impact of state-controlled banks on the Russian banking sector
Vernikov A. V. Eurasian Geography and Economics. 2012. Vol. 53. No. 2. P. 250-266.