The coursebook "Deutsche Sprache fuer Management- und Wirtshaftsstudenten" is targeted at the students of management- and economics faculties, studying the German language as a foreign language. The coursebook provides all the activities for students to hold intellegent conversations in German. 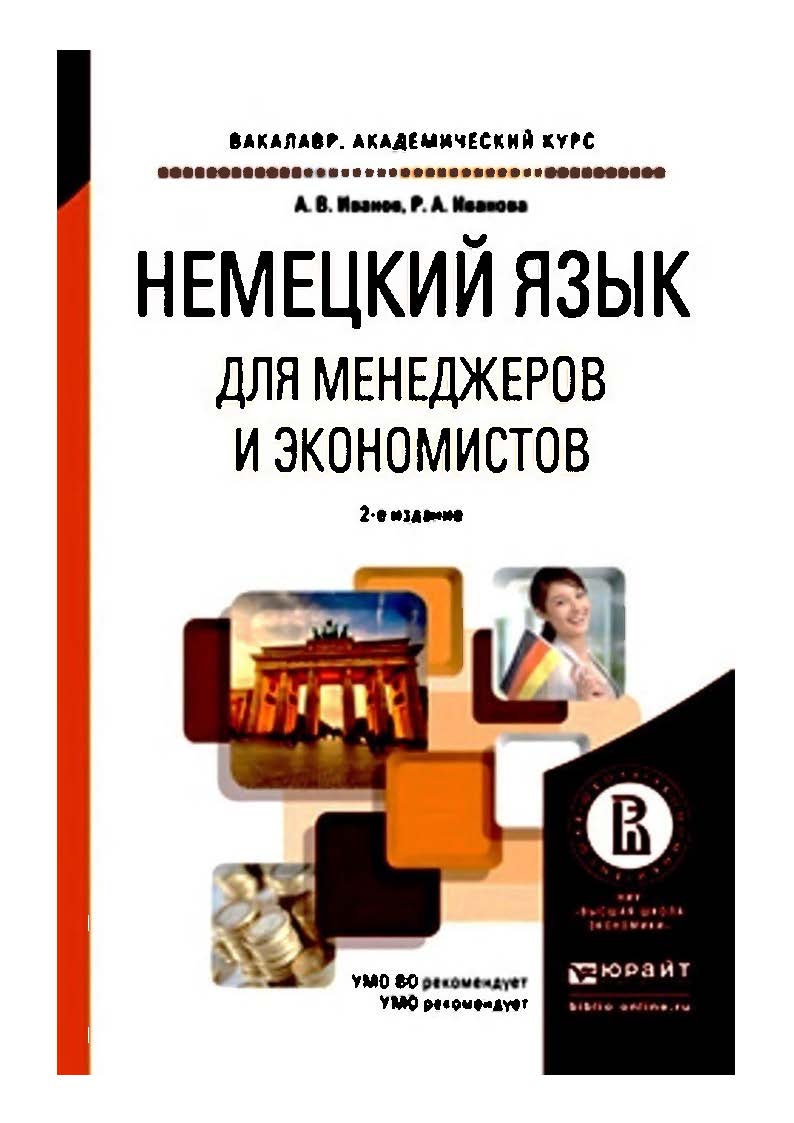 Similar publications
Будущее цепей поставок в интеграции на макро-уровне
Сабаткоев Т. Р., Султанов Р. Р. Логистика и управление цепями поставок. 2012. № 2 (49). С. 25-32.
At this article we describe the benefits from integration not just within one supply chain, but within a net of different supply chains around the world. Today, there is no single methodological approach to integration with companies from different supply chains. However, with thoughtful approach to information management all potential risks from integration with vendors from other supply chains can be minimized, and at the same time benefits from integration with vendors from other supply chains can improve the efficiency of each integrated company, improving its competitive advantage. We will show which major issues the integration on global level can solve, from which modules the integration system should consist and which principles it should follow.
Корпоративная логистика: 300 ответов на вопросы профессионалов
Сергеев В. И., Стерлигова А. Н., Дыбская В. В. и др. М.: ИНФРА-М, 2018.
Russian Firms: Business Environment, Internal Organization and Behavior // In «Russia e Europa dell’Est: Progetti e prospettive di crescite»
Dolgopyatova T. G. Serie di Studi Scentifici. University of Verona: Polo Scientifico Diddattico «Studi sull’ impresa» and Center for International Studies, 2012. No. 1.
The paper studies recent development in organization and behavior of Russian firms against the background of economic growth, the world crisis and post-crisis recovery. The main focus of the paper is a problem of investment, including foreign direct investment as a key determinant of Russian enterprises restructuring and modernization. In the context special attention was paid to description of external economic and institutional conditions for development of Russian firms, and their internal characteristics as stock ownership, corporate governance and behavior. The paper concludes with discussions of post-crisis prospects and economic policy matters.
Corporate governance and control in Russian banks
Vernikov A. V. Munich Personal RePEc Archive. University Library of Munich, 2008. No. 10028.

The continuity of university history: a case-study of portuguese studium generale (1288–1377)
Rusanov A. Humanities. HUM. Basic Research Programme, 2013. No. WP BRP 38/HUM/2013.
The paper reviews the problem of caesuras and continuity of Portuguese University’s history. A study of the University papers showed gaps in its institutional history caused by several relocations from Coimbra to Lisbon. Sometimes such caesuras raise doubts in the continuity of the University’s history and suggest the existence of different studia generalia that alternated with each other for the period under study. However, contemporary historians and members of the university community view the different universities as parts of one and the same university. Our case-study demonstrates that this view is based on the documents concerning economic privileges granted to the University by the country’s rulers and the Roman popes. If recognized as a new university, the studium generale would have lost its former privileges. Thus, the logic of collective memory of Portuguese University was based on the image of its historical continuity
Развитие современного информационного пространства: анализ и перспективы
Дзялошинский И. М., Пильгун М. А., Тощева А. В. и др. Вып. 11. М.: АПК и ППРО, 2012.
Технологии работы с текстовой и фактографической информацией. Словарь-справочник
Шаров А. Г. МегаВерсия, 2007
Эффективные стратегии и тактики в современных коммуникационных процессах
Edited by: М. А. Пильгун Вып. 10. М.: АПК и ППРО, 2012.
Boris Pasternak: Russian Writer in Italy
Galatenko Y. N. Academic Journal of Interdisciplinary Studies. 2013. Vol. 2. No. 9. P. 304-309.