The method of obtaining dynamic graphic art objects using mathematics and information technologies is presented. Various technologies of graphic dynamic and interactive art objects based on the generated fractal images and software are considered. Results of information and mathematical computer experiments of Trubochkinf N.K. are analyzed:

- Art- video based on recording dynamic transformation of a fractal-image;

- Video art on the basis of three-dimensional fractals (dynamic and interactive). 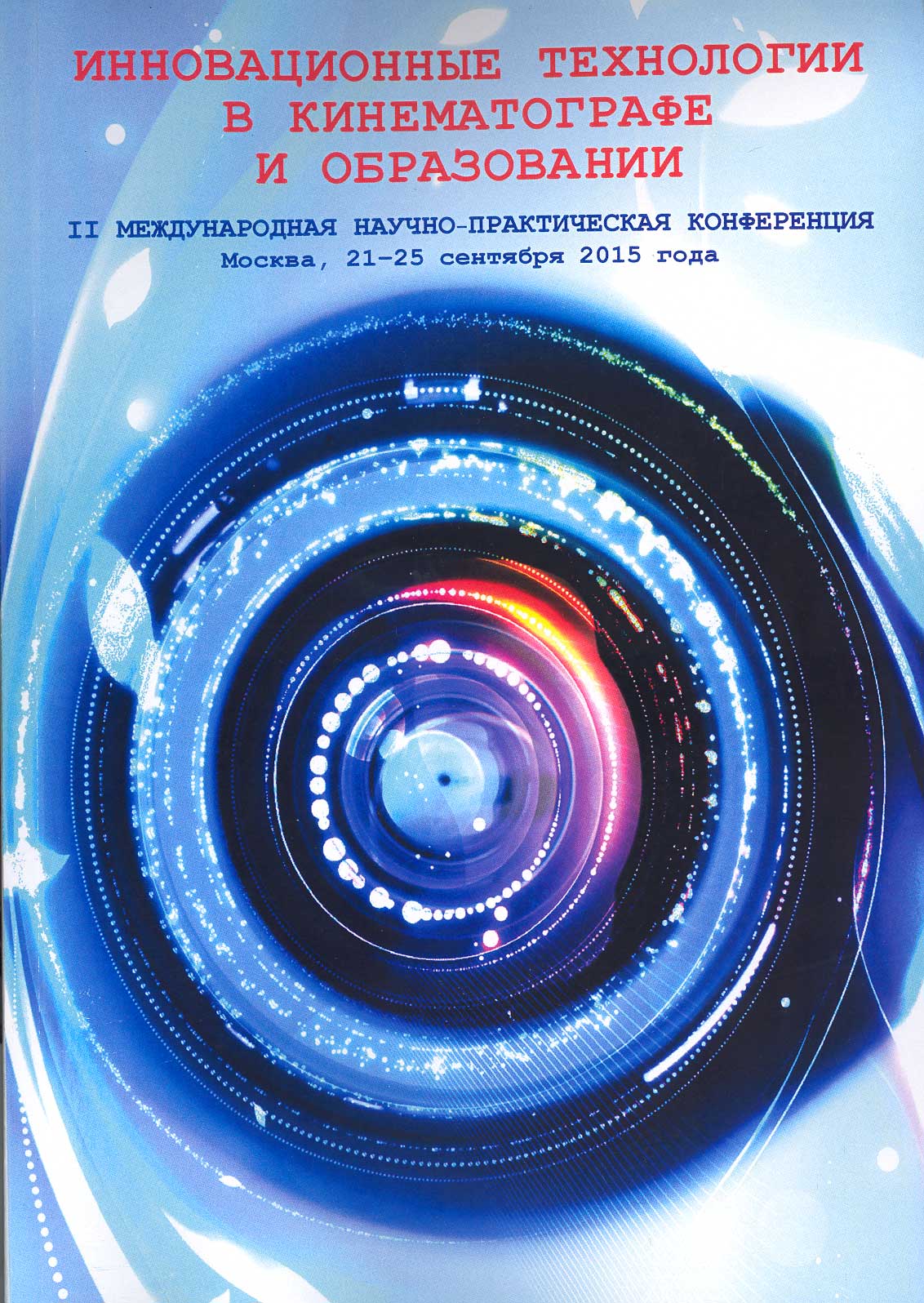 Similar publications
Системные проблемы надёжности, качества, информационно-телекоммуникационных и электронных технологий в инновационных проектах (ИННОВАТИКА - 2011). Часть 1
Ч. 1. М.: Энергоатомиздат, 2011.
THE IMPACT OF VALUES, GENDER AND EDUCATION ON CREATIVE BEHAVIOUR IN DIFFERENT DOMAINS IN RUSSIAN REGIONS
Lebedeva N., Bushina E. Basic research program. WP BRP. National Research University Higher School of Economics, 2015. No. WP BRP 34/PSY/2015.
This paper presents results of the research into different types of creative behaviour and their predictors in the Central and North-Caucasus federal districts of Russia (N=2046). The revised PVQ-R questionnaire of Schwartz for values measurement and the modified Creative Behaviour Inventory (CBI) of Dollinger for creative behaviour measurement were used. The model with five different domains of creative behaviour: visual art, literature, craft, performance, organizational creativity and generalized creativity was confirmed in a simultaneous CFA in both regions. This model with values, gender and level of education as predictors was tested using structural equation modelling with AMOS 19.0. Values, education and gender influence creative behaviour in different domains. The value of Openness to Change positively, and the value of Conservation negatively influence creative behaviour in different domains in both the regions. The impacts of gender and education on creativity have domain and regional specifics: craft is a ‘female’ domain of creativity whereas organizational creativity is a ‘male’ one; higher education promotes organizational and visual creativity in both regions and literature creativity in the North Caucasus.
2D:4D and Life Outcomes: Evidence from the Russian RLMS Survey
Polyachenko S. S., Nye J. V., Bruhanov M. Economics/EC. WP BRP. Высшая школа экономики, 2014. No. WP BRP 78/EC/2014.
Using a large sample drawn from families in the Moscow and Moscow region which are part of the Russian RMLS longitudinal survey we observe clear links between measured 2D:4D digit ratios and a variety of life outcome measures, even with the inclusion of multiple controls. Contributing to existing empirical findings, we found statistically significant empirical associations of 2D:4D with higher educational attainment, occupational outcomes, knowledge of foreign language, smoking, engaging in sport activities and with some aspects of respondent's self-esteem. In general, the character of detected empirical associations are different for women and men, as it was documented in our previous studies.
Blended Learning in Software Engineering Education: the Application Lifecycle Management Experience with Computer-Supported Collaborative Learning
Neznanov A., Maksimenkova O. V. In bk.: Proceedings of 18th International Conference on Interactive Collaborative Learning (ICL 2015). Florence: Curran Associates, Inc., 2015. P. 646-653.

The author gives a description of a comprehensive approach to assessing economic efficiency when analyzing projects linked with associated gas utilization. Environmental and innovative components of these projects are also considered.

The increasing ethnic, racial, cultural, religious, and language diversity in nations throughout the world is forcing educators and policymakers to rethink existing notions of citizenship and nationality. To experience cultural democracy and freedom, a nation must be unified around a set of democratic values such as justice and equality that balance unity and diversity and protect the rights of diverse groups. "Diversity and Citizenship Education: Global Perspectives" brings together in one comprehensive volume a group of international experts on the topic of diversity and citizenship education. These experts discuss and identify the shared issues and possibilities that exist when educating for national unity and cultural diversity. "Diversity and Citizenship Education: Global Perspectives" presents compelling case studies and examples of successful programs and practices from twelve nations, discusses problems that arise when societies are highly stratified along race, cultural, and class lines, and describes guidelines and benchmarks that practicing educators can use to structure citizenship education programs that balance unity and diversity. The book covers a broad range of issues and includes vital information on such topics as Migration, citizenship, and education The challenge of racialized citizenship in the United States The contribution of the struggles by Indians and Blacks for citizenship and recognition in Brazil Crises of citizenship education and ethnic issues in Germany, Russia, and South Africa Conflicts between religious and ethnic factions Diversity, globalization, and democratic education.

«Seeing Like a State?» Innovative approaches to the history of education in Russia presented at the International conference at the Indiana University Europe Gateway at CIEE Global Institute
Caroli D., Saburova T., Eklof B. History of Education and Children's Literature. 2018. Vol. XIII. No. 1. P. 685-701.