This paper pertains mainly to art cognitonics, it is a significant branch of cognitonics, or the science about the human being in the digital world. The first aim of the paper is to consider a way of achieving cognitive engagement of the adolescents and university students at lectures on art cognitonics. The central idea is to expand the conceptual universe of the learners by means of messages conveyed by outstanding canvases and sculptures. Art cognitonics changes the perception of a work of art by the beholder in comparison with the traditional approach. The second aim is to state a new conception of a sci-fi museum (a science fiction museum), this conception is underpinned by cognitonics. The principal idea of the new conception is the creation of a thought-provoking space aiming at stimulating the process of perception of the power of thought, regarding thought as a value. 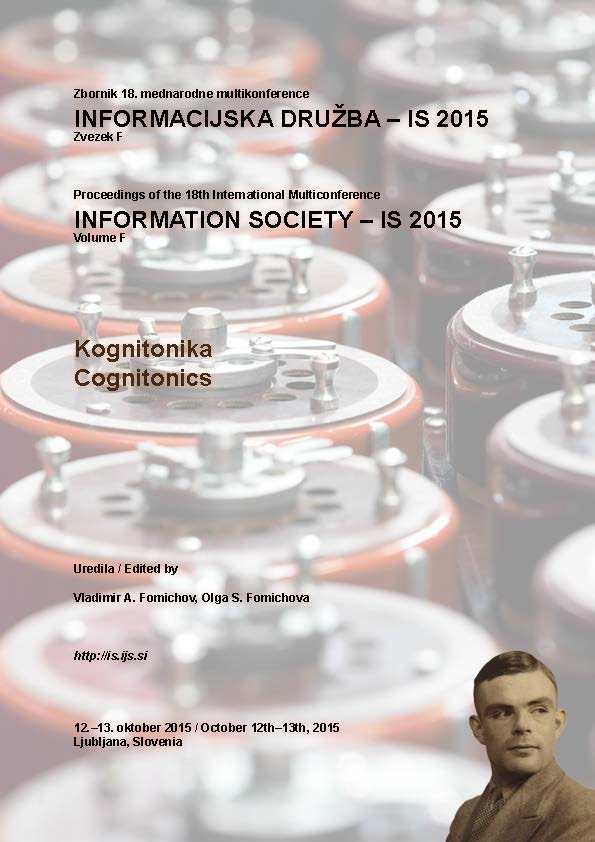 An Algorithm of Behavior at the Moment of Informational-Emotional Attacks via Social Networks
Fomichova O. S., Fomichov V. A. In bk.: Personal and Spiritual Development in the World of Cultural Diversity. Iss. 9. Tecumseh: The International Institute for Advanced Studies in Systems Research and Cybernetics, 2012. P. 45-49.