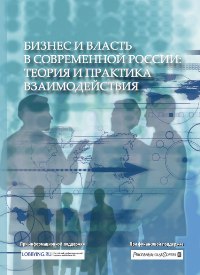 Бизнес и власть в современной России: теория и практика взаимодействия
М.: Центр по изучению проблем взаимодействия бизнеса и власти, 2010.
Similar publications
Origins of Globalization
Grinin L. E., Korotayev A. In bk.: Globalistics and Globalization Studies: Theories, Research & Teaching. Volgograd: Uchitel, 2013. P. 8-35.
In this article we analyze processes and scales of global integration in historical perspective, starting with the Agrarian Revolution. We connect the main phases of historical globalization with the processes of the development of the Afroeurasian world-system. In the framework of the Afroeurasian worldsystem the integration began several millennia BCE. In it the continental and supracontinental links became so developed long before the Great Geographic Discoveries and thus they could well be denoted as global (albeit in a somehow limited sense). Among some researchers there is still a tendency to underestimate the scale of those links in the pre-Industrial era; thus, it appeared necessary to provide additional empirical support for our statement. It also turned necessary to apply a special methodology (which necessitated the use of the world-system approach). We analyze some versions of periodization of globalization history. We also propose our own periodization of the globalization history basing on the growth of the scale of intersocietal links as an indicator of the level of globalization development.
Факторы успеха транснациональных корпораций на российском рынке
Бузулукова Е. В. Российское предпринимательство. 2012. № 10. С. 11-16.

The article is devoted to the search for factors of transnational corporations' success on the Russian market. Advantages of TNCs in comparison to other companies are analyzed. At the same time, the failure of several TNCs in Russia has shown that having those advantages is no guarantee for success on the market. The writer describes the results of her research into the activities of thirty TNCs and draws conclusions about the key factors of success in Russia.

Educational tourism as technology of university education: experience of one project in Russia and the USA (philosophic notes)
Shalaeva A. In bk.: World universities congress proceedings. Ankara: Pozitif Printing, 2010. P. 296-299.

The choice of lobbying strategy: direct contacts with officials or mediation via business associations
Govorun A. V. Economics/EC. WP BRP. Высшая школа экономики, 2013
The influence of lobbying activity on economic growth and welfare is widely observed in the literature. Many scholars consider lobbying as a sort of rent-seeking and blame it for non-optimal redistribution of assets, additional costs for firms, and resource reallocation from productive activities to lobbying activities. Lobbying may result in policies and regulations that benefit a small range of firms at the cost of others. Yet some scholars argue that under some conditions lobbying may benefit society, or at least result in second-best optimality. The total outcome of lobbying should depend on how it proceeds. Although the literature on lobbying is vast and multifaceted, quite a few studies investigate how firms choose among different lobbying strategies. This study contributes to the literature by investigating how Russian firms choose ways of lobbying. The results of the study are based on a 1000-firm survey conducted by the Higher School of Economics and the Levada Center. The study investigates channels of lobbying mentioned by the respondents and focuses on the two most common channels, which are having direct contacts with officials and collective lobbying through business associations. The findings of the study are as follows. First, the data show that these lobbying channels are more likely to be complements. Second, a comparison of the effectiveness of different channels shows that the most common ways of lobbying are also the most effective. Moreover, the effectiveness of associations and personal contacts turned out to be statistically similar. Firms that have personal connections use direct personal contacts more often. But those who have problems with access to state officials tend to use business associations. Finally, the data show that those firms that interact with officials experience a higher risk of being captured by them.
V.A. Fomichov and O.S. Fomichova (Guest Editors) Special Issue on the Human Being in the Digital World. Informatica. An International Journal of Computing and Informatics
Edited by: V. A. Fomichov, O. S. Fomichova. Iss. 36. Ljubljana: Slovene Society Informatica, 2012.

The political roots of intermediated lobbying: evidence from Russian firms and business associations
Govorun A. V., Marques II I., Pyle W. Economics/EC. WP BRP. Высшая школа экономики, 2013
How does political competition shape the way that firms pursue legislative change? A rich political economy literature describes various ways in which firms influence the design and enforcement of laws, rules and regulations germane to their business activities. Although helpful, this literature is disconnected from work on legislative accountability and political concentration. Making a distinction poorly developed in prior research, we contrast firms that choose to influence policy directly, through un-mediated contacts with executive and legislative branch personnel, and those that do so indirectly, through lobby groups acting as intermediaries. We propose a simple theory that relates the relative costs of lobbying and the strategies firms select to the extent of political competition and concentration. As competition increases and concentration decreases in a region, the use of indirect channels of lobbying becomes more attractive (and vice versa). We test our theory using a survey of 1013 firms across 61 Russian regions. Exploiting substantial variation in political competition and concentration across Russia’s regions, we find that firms in politically competitive environments, where there is less concentration, are more likely to use business associations to influence their institutional environment. Using a survey of 315 business associations, we show that these effects may be explained by the variation of the willingness of regional decision-making officials to support more or less encompassing policies depending on local political environment.
Global Legal Pluralism: A New Way of Legal Thinking
Antonov M. Law. LAW. Высшая школа экономики, 2013. No. 10.
The subject matter of this article is the terminology which is used in contemporary law and sociological jurisprudence to denote changes in legal regulation. Among the most fashionable terms are those of globalization and pluralism. In the author’s opinion, these two terms indicate diverse phenomena and have different tasks. Pluralism is a concept allowing the description and explication of various legal facts, institutions, relations which are not generally recognized in state-centered theory of law. Globalization is a common name for the distinctive characteristics which distinguish the present-day Western civilization from other civilizations. The amalgamation of these two different aspects into one set of methods and ideas inspired by the need to explain modernity does not lead to the formation of a new methodology or of a scientific conception. Rather globalization talks about plurality in contemporary law having another function – to describe the changing mentality, new ways of legal thinking which are growing in the Western world. These changes have repercussions in many fields of science, i.e. in a new understanding of such traditional concepts as sovereignty.
Democracy versus Modernization: a dilemma for Russia and for the world
Edited by: V. L. Inozemtsev, P. Dutkiewicz. NY: Routledge, 2012.