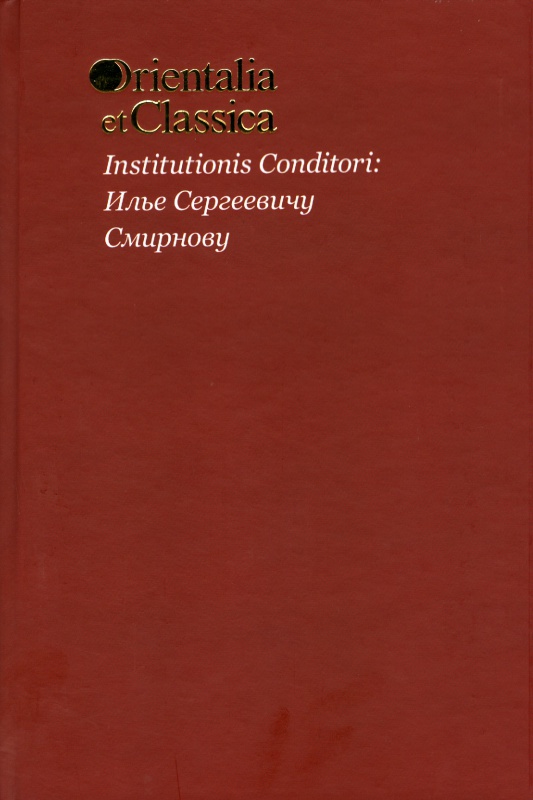 Institutionis Conditori: Илье Сергеевичу Смирнову
М.: Изд-во РГГУ, 2013.
Similar publications
Penetration of fire into iron: the sense and the usage mode of this metaphor for description of theosis in the Byzantine theological literature
Biriukov D. Scrinium: Journal of Patrology and Critical Hagiography. 2019. Vol. 15. No. 1. P. 143-162.

The texts I have revised testify the line developed from the more “naïve” and ontologizing discourse of Ps.-Macarius to the discourse where the unity is spoken of as a phenomenon revealed for intellectual abilities, which suggests an indication of unity in a certain respect and preserves from interpreting this unity as a merge of unified natures. For the latter we can distinguish the strategy of cognition / recognition, which Maximus the Confessor and Symeon the New Theologian adhered to. According to this strategy, by the properties displayed by incandescent iron, we can discern the nature of fire revealed in iron, and, in the same way, we can conclude that human is god (of small letter) on the basis of that he manifests himself as God, that is, exposes the divine features.

In this article I seek to show in what manner the Stoic principle of total blending, illustrated by the example of the penetration of fire into iron, finds its refraction in Byzantine Christological teachings. According to the Stoics, total blending occurs when one body accepts certain qualities of the other, while remaining itself, or when both mixed bodies acquire qualities of each other while preserving their natures. I argue that Origen’s use of the example of incandescent iron had an effect on the later theological discourse. There it appears in two contexts, Christology and deification. In this article the focus is on Christology. I claim that the example was introduced into the Christological discourse by Apollinarius of Laodicea. Then, I investigate how it was transformed in later theological writings by (Ps.-) Basil of Caesarea, Theodoret of Cyrus, Cyril of Alexandria, Sever of Antioch, John of Damascus, and the Corpus Leontianum. In this context, I pay special attention to the discrepancy between John of Damascus and Leontius of Jerusalem as regards the issue of the complexity of Christ’s hypostasis. I clarify the causes of this discrepancy.