Musical Accompaniment as a Factor of Psychological Effectiveness of Advertising 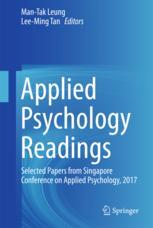 Business English II: учебно-методическое пособие по деловому английскому языку
Gridneva N. N. St. Petersburg: OOP, 2011.
This study guide, being a logical continuation of the book by N.Gridneva and S.Solntsev ‘Business English’, is for the students of non-linguistic departments who study Business English. Its structure consists of several sections including a text on one of the five topics, a series of pre- and after-reading tasks on its understanding, and also a range of various vocabulary and grammar exercises. This book helps students work on the topics more profoundly either in class or all by themselves. Besides, it can be also useful for all people studying Business English.
Реклама в структуре повседневности
Макарова Е. А., Пак Г. С. Вестник Нижегородского университета им. Н.И. Лобачевского. Серия: Социальные науки. 2006. № 1(5). С. 247-253.