This article  is dealing with judeophobia in texts of Muscovy and Ruthenian lands, in the  It deals with evidence on Muscovite “Judaizers” of the last quarter of the XVth – XVIth centuries in comparison with how Jews and Judaism were portrayed by the Polish texts of the same epoch. Analysis leads to conclude that differences between two traditions were substantial.

Language: Russian
Keywords: anti-Judaic polemicsantisemitismMuscovyRuthenia
Publication based on the results of: Similarities and differences in the dynamics of cultural and political development in Eastern and Western Europe, 1000-1700(2016) 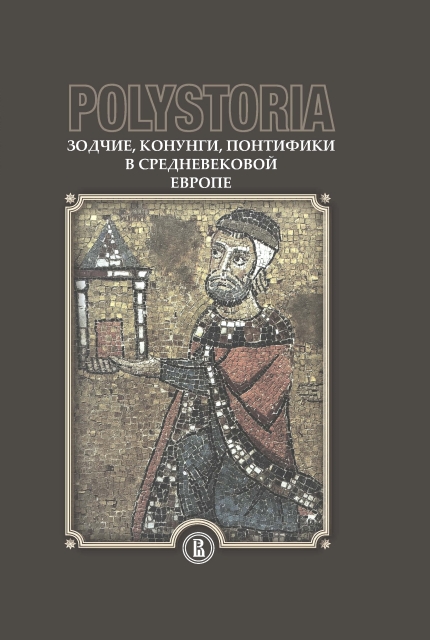 This article calls in question some stereotypes concerning alleged Muscovite «notorious» judeophobia. It deals with evidence on Muscovite “Judaizers” of the last quarter of the XVth century, and “Judaizers”’ traces in Muscovy under Ivan the Terrible (Feodosiy Kosoy and his followers), and in Ruthenia (Podol’e) in the same epoch (recently found “Beseda na gusov”). Russian “Judaizers” were, in fact, interested in Judaism, and most of them were members of clergy. So called “literature of Judaizers” contains borrowings from Judaic tradition.  The “Laodicean Episle”, compiled by d’iak Fiodor Kuritsyn in the end of the XVth century, is one of rather unquestionable manifestation of Jewish influences among Muscovite élites. The explanation of this phenomenon lies, most probably, in the confessionally peculiar features of the traditional Byzantine-Orthodox attitudes to Jews and Judaism.

The book is on the carantines providedby Muscovite powers in 16-17th centuries in North-Western part of the tsardom. The book studies the struggle against epidemies and plagues in very special circumstainces of the Muscovite Tsardom

M. B. Bessudnova's book devoted to Russian-Livonian relations of the end of the 15th century is a large research, based on a great massive of sources, demonstrating new, unusual for Russian historiography view on this episode of the Baltic region's history. Author's monograph, devoted to Livonia and Novgorod before military showdown with the Great Principality of Moscow in 1501, continues series of scholar's works in the field of Russian-Livonian fron-tier's study. A few massive of documents are putted into academic practice for the first time; it is seen obvious careen of scholar to the history of “German” Baltic. However the author solves important generalized questions, concerning Russian

Tolleranza religiosa a Mosca? La cultura orthodossa dello stato zarista moscovita e i “musulmani russi”
Dmitriev P. M. Acme. 2015. Vol. 68. No. 1. P. 23-40.
Защитим будущее. Материалы Второй Московской международной конференции по проти¬водействию антисемитизму, ксенофобии и расизму. Москва, 29–30 октября 2018 г.
М.: Калейдоскоп, 2020.
THE ISSUES OF CULTURAL HIERARCHIES IN EARLY MODERN ETHNOGRAPHY BASED ON THE ACCOUNTS BY PETRUS PETREJUS, PAUL RYCAUT, FYNES MORYSON, AND JOHN DAVIES
Selin A. A., Байгушев С. В., Levin F. et al. Working Papers of Humanities. WP. Издательский дом НИУ ВШЭ, 2020. No. 197.
This paper is focused on the issues of cultural hierarchies in early modern European imperial discourses in all-European discourse about Muscovy and Ottoman Empire and English discourse about Ireland, which have not been previously compared, in the narratives by Petrus Petreus, Paul Rycaut, Fynes Moryson and John Davies. The authors of the article have analyzed mechanisms of building the cultural hierarchies and compares different traditions of ethnographical descriptions with each other. The authors under consideration not only create cultural hierarchies, but also instrumentalize the image of the Other to some extent. They focus on government, laws, religion and manners. The choice of these aspects aims to highlight problems important not for (or not only for) the Other, but for authors` societies themselves. The fact that most accounts describe relative barbarians rather than absolute also can be a consequence of such instrumentalization, because comparison between “us” and the Other becomes important.
Sąsiedzi i rywale. Psków i Novgoród Wielki w XVI-XVII wieku
Selin A. A. Mówią WIeki. 2017. No. 10. P. 7-10.

The article deal with the relations of two big centres of Muscovite North-West, Novgorod the Great and Pskov in 16-17th cc. The important place of the article is social stratification of the cities' elite groups and verions of political regimes in these cities

The book is a collection of essays based on a conference on honor of Professor Nancy Shields Kollmann that took place at Stanford University in October, 2015.