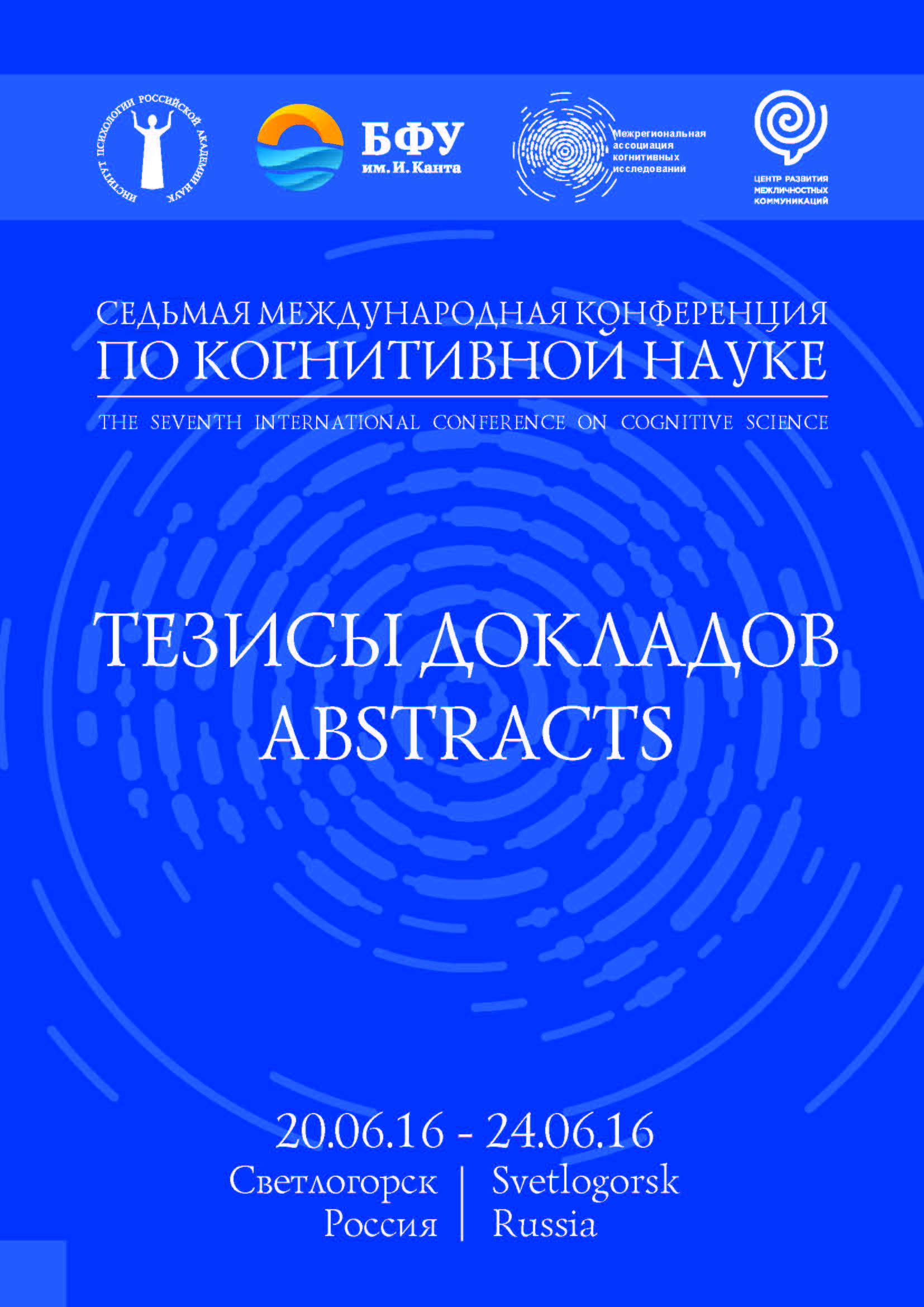 The subject of the analysis is the problem of interrelation of language, understanding, and being in H.-G. Gadamer's Hermeneutics. The analysis is focused on Gadamer's equivocal and ambiguous thesis that "being that can be understood is language". The author reveals the fundamentally ontological background of Gadamer's hermeneutical analysis of language, and critically rethinks the interpretation of this thesis by a prominent researcher Jean Grondin.

Connectivity measures are (typically bivariate) statistical measures that may be used to estimate interactions between brain regions from electrophysiological data. We review both formal and informal descriptions of a range of such measures, suitable for the analysis of human brain electrophysiological data, principally electro- and magnetoencephalography. Methods are described in the space–time,space–frequency, and space–time–frequency domains. Signal processing and information theoretic measures are considered, and linear and nonlinear methods are distinguished. A novel set of crosstime–frequency measures is introduced, including a cross-time–frequency phase synchronization measure.

In his paper to explore such a problem as an identification of philosophical knowledge is proposed to turn to the H.-G. Gadamer's project of philosophical hermeneutics, within the framework of which there's an attempt to determine the universal specific features in any case of philosophizing. As an interesting point it seems to be a convergence between poetry and philosophy on the grounds of some of their common features itemized in the paper. The convergence with poetry in particular and with work of art in principle allows to distinguish clearly the philosophy from the science and reveal its (philosophy) importance in the context of daily practice for each person. As a distinctive feature of philosophizing is noted its speculative nature, especial work with the concept.

The book contains the results of research in the systemic study of the English language.

The mechanisms of lateralization of language processing are still not fully understood by neurolinguistics today. The current study aims to study the relation between language lateralization and such factors as individual handedness, familial sinistrality and tractography metrics of the corpus callosum (CC). We collected fMRI and DTI data, as well as information about individual handedness and familial sinistrality in 50 neurologically healthy Russian speakers. According to the results, language lateralization is related to the volume and fractional anisotropy of CC, as well as individual handedness. Specifically, people with greater right-hand preference and people with a larger volume and higher fractional anisotropy of CC have greater lateralization of language-related activation to the left hemisphere of a brain.

In modern Vietnam, the Viet (or the Kinh, the ethnic Vietnamese) and the Muong are considered to be two different peoples, the Viet (Kinh) being the majority and the Muong a minority. In the not so distant past, however, when Vietnam’s population did not see itself in ethnic categories, the only difference between the Viet and Muong ancestors lay in their places of residence – the inhabitants of the capital city and the surrounding plains were named ‘Kinh’ while those who lived in mountain villages were called ‘Muong’. Otherwise, they were the same people, spoke nearly the same language and shared nearly the same traditions. Their commonality is emphasized in the term they are referred to by, i.e. the Viet-Muong. This chapter explores the Vietnamese and Muong languages, dialects, legends, epics and folk songs in a comparative perspective to reveal their similarities, discrepancies, influences and politics. The panelists’ goal is to identify phenomena which are specific for the Viet-Muong community as a whole and those that divide them into two separate groups - the Viet and the Muong.