The monograph presents the results of a study of Russia’s professorial class as a creative community that has created original traditions, representations, languages of self-description, practices of interaction, and methods by which to historicize and classicize its own activity. An international team of authors worked with university archives, Ministry of Education archives, memoirs and interviews of professors, research periodicals, jubilee stories, and published orations. These texts were analyzed as a single story told by the professors about themselves, which includes an idea, a means of realization, and work with the potential reader. This approach makes it possible to break free from the university’s social magic, depressurize what is known about it, and see within it a man-made historical phenomenon, not equal to itself in time and space.

The book is intended for the general reader who is interested in university studies and the history of Russian culture. The book can be used as a textbook in humanities departments. 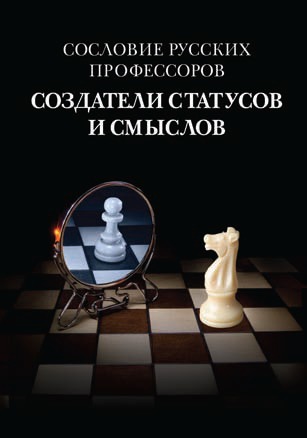