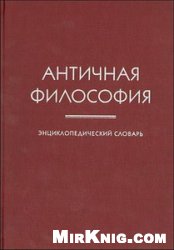 Papers of the International Conference on Classical Philology and Ancient Studies.

Философия в истории высшего образования
Руткевич А. М. Гуманитарные исследования. WP6. Высшая школа экономики, 2014. № 02.
This essay considers the history of European higher education in its relationship with the history of philosophical thought. Philosophical and rhetorical schools in Antiquity, Medieval and Humboldtian University, the contemporary mass University were and remain the institutional forms of the higher education of our civilization. Each stage presupposes a number of philosophical ideas about the world and man’s place in it; philosophical education itself engaged into manifold relations with other disciplines and with the needs of these epochs.
Poisson groups and differential Galois theory of Schrodinger equation on the circle
Semenov-Tian-Shansky M., Marshall I. Communications in Mathematical Physics. 2008. No. 284. P. 537-552.
Л.Н. Толстой: Просветитель, преодолевший Просвещение
Климова С. М. Философские науки. 2019. Т. 62. № 2. С. 109-126.