by year
Subject
News
Assessment of Universal Competences: New Approaches to Assessing Soft Skills
In order to remain competitive in the labour market, university graduates must be proficient not only in professional knowledge and skills, but also in a set of universal competences (UC). However, higher education systems face problems in assessing such competences due to a lack of developed approaches and methodologies. A report released by the HSE Institute of Education, ‘An Assessment of Universal Competences as Higher Education Learning Outcomes’, analyses the ways in which these challenges have been addressed in both Russia and abroad.
‘AI Will Apply to All Activities, Having a Great Effect on Economy’
Artificial Intelligence (AI) has become a fundamental component of many activities in economics and finance in recent years. On April 26,Panos Pardalos, Academic Supervisor at theLaboratory of Algorithms and Technologies for Networks Analysis (LATNA at HSE Nizhny Novgorod) and Distinguished Professor of Industrial and Systems Engineering at the University of Florida, will talk about its impact, future developments and limitations in his honorary lecture Artificial Intelligence (AI) in Economics and Finance.
What Can Make Robots More Human-like?
What is affect and why is it important for humans? How can feelings be defined and what is their relation to emotions and consciousness? What might be used in making a soft robot? Professor Antonio Damasio (University of Southern California, USA) discussed these and other questions in his honorary lecture, entitled 'Feeling, Knowing, and Artificial Intelligence'.The talk was delivered on April 16 at the at the XXII April International Academic Conference held by HSE University jointly with Sberbank.
Publications 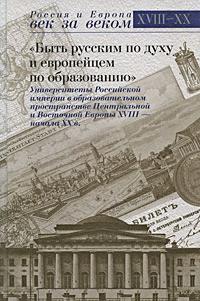 This volume intends to fill the gap in the range of publications about the post-transition social housing policy developments in Central and Eastern Europe by delivering critical evaluations about the past two decades of developments in selected countries’ social housing sectors, and showing what conditions have decisively impacted these processes.

Contributors depict the different paths the countries have taken by reviewing the policy changes, the conditions institutions work within, and the solutions that were selected to answer the housing needs of vulnerable households. They discuss whether the differences among the countries have emerged due to the time lag caused by belated reforms in selected countries, or whether any of the disparities can be attributed to differences inherited from Soviet times. Since some of the countries have recently become member states of the European Union, the volume also explores whether there were any convergence trends in the policy approaches to social housing that can be attributed to the general changes brought about by the EU accession.

This volume consists of articles prepared after two conferences organized by the European Humanities University in Vilnius, Lithuania in 2011 and in 2012. The focus of both conferences was concentrated on the development of reforms and changes in higher education in the social sciences and humanities in Eastern Europe during the last two decades. The collapse of the communist system in Eastern Europe was followed by the enormous expansion of institutions of higher learning, especially in the field of social sciences and humanities. While responding to the great need of society for the education of urgently needed specialists in this area, most of the old and the newly established universities were confronted with a lack of professionals in this field. As a consequence, the overproduction of alleged specialists especially in subjects like law, business, management, and economics, has contributed to discrediting not only knowledge in these field, but also the value of education, consequently putting at risk the processes of transformation of post-totalitarian reality. The book addresses itself to the issues of possible steps of reforming the educational and institutional space in the Eastern European Universities.