This article is dedicated to the analysis of the notion and the matter of a concept; the latter is examined from linguo-cognitive and linguo-culturological point of view. Besides the relations between notions of «concept» and "meaning». "concept» and "sense», "concept» and "category» are studied here. The review of different approaches to the concept structure is also can be found in the article. 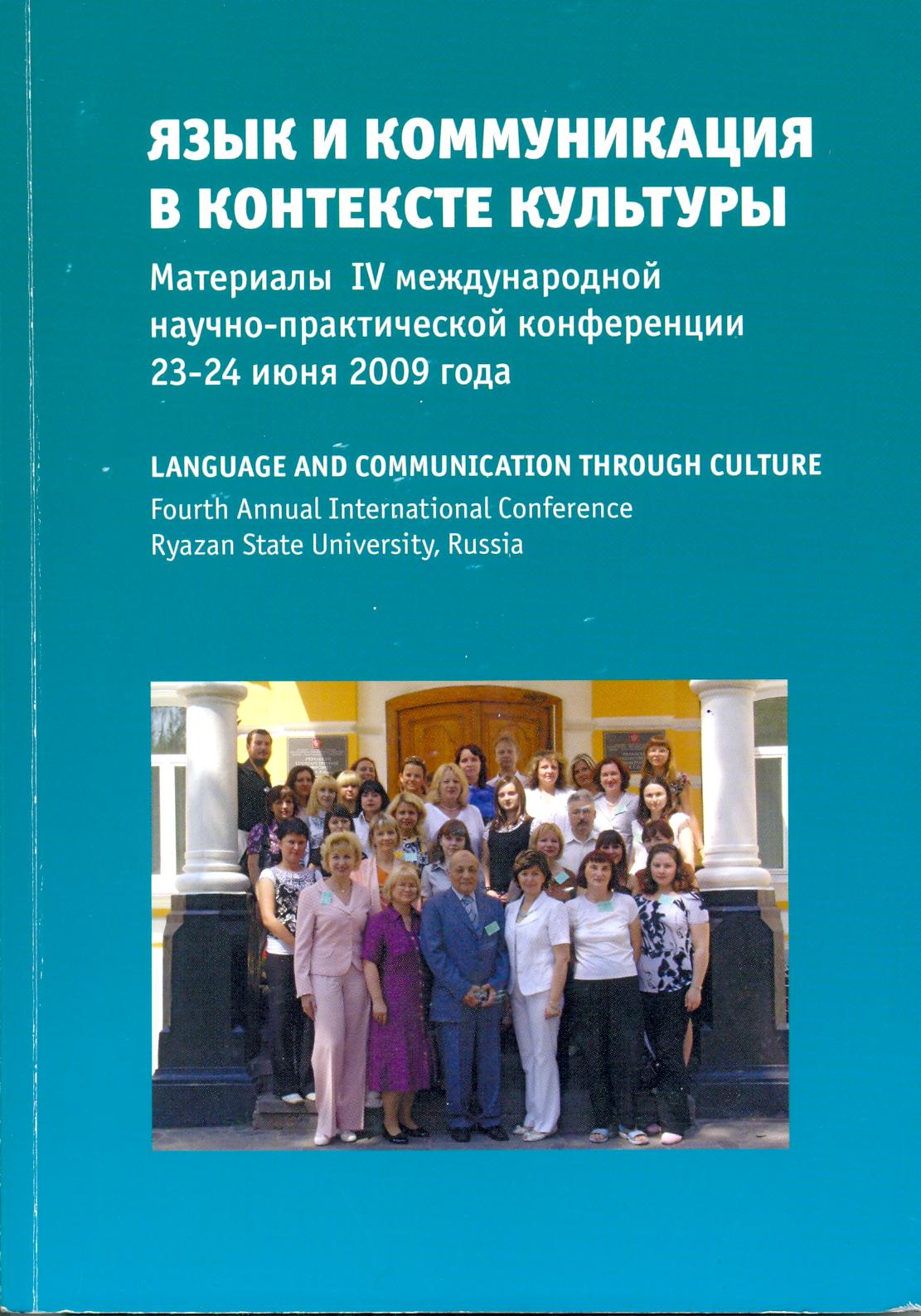 Translator and Language Change: On J.R.R. Tolkien’s Translation of "Sir Gawain and the Green Knight"
Volkonskaya M. A. Literary Studies. WP BRP. Высшая школа экономики, 2015. No. WP BRP 10/LS/2015 .
Sir Gawain and the Green Knight, an English poem written in the latter half of the 14th century, constitutes an important part of Tolkien’s life as a scholar and translator. The complex language of the poem attracted his attention from the moment Tolkien first encountered it as the Gawain-poet used some native words that were characteristic of Old and Middle English alliterative poetry. On the other hand, more than one third of his vocabulary is not derived from Old English: approximately one tenth of a total of 2650 words has Scandinavian etymologies (although at the time they were no longer considered borrowings, but rather northern dialect words) and about a third is of French origin. In his translation of the poem, Tolkien was primarily interested in special verse words, which resulted in his use of archaic diction such as capadoce ‘a short cape’ or carl ‘man’. However, this study focuses on the second important feature of the vocabulary of the poem: the combination of French and dialect (Scandinavian) words, which are not distributed evenly in the original text. As the author uses the stylistic contrasts between borrowed and native words; he carefully loads some of his lines with French loanwords while others are devoid of them. This paper discusses the stylistic effect thus created by the Gawain-poet and whether Tolkien managed to preserve it in his translation
Теоретические проблемы этнической и кросс-культурной психологии: Материалы Второй международной научной конференции 26-27 мая 2010 г. Том 1
Edited by: В. В. Гриценко Т. 1. Смоленск: Универсум, 2010.
Становление эстетики бизнеса как коммуникативной практики
Гриднева Е. А. В кн.: Коммуникативистика XXI века: человек в современном мире коммуникаций: материалы VII Всероссийской научно-практической конференции 20 апреля 2011 г.. Н. Новгород: Издательство НИСОЦ, 2011. С. 44-51.
Culture, Democracy and the Child’s Right to Express his/her Views (Russian perspective)
Kravchuk N. V. Irish Review of Community Economic Development Law and Policy. 2012. Vol. 1. No. 2. P. 63-82.

Петр Струве: Великая Россия, или Утопия, так и не ставшая реальностью
Кантор В. К. Вестник Русской христианской гуманитарной академии. 2010. Т. 11. № 4. С. 161-178.
Master Or Servant: Language In Thomas Hobbes’ Political Philosophy
Pleshkov A. A. Humanities. HUM. Basic Research Programme, 2014. No. 69.
Language theory is an important part of Hobbes’ intellectual legacy. Nevertheless, it seems that the value of language can be understood only within political sphere. The role and place of language in Hobbes’ political theory should be examined intimately. What can language say about distinction between natural and political philosophy? Does the sovereign have power over the language of his subjects? Can we distinguish language in the commonwealth and language in the state of nature? Searching for answers to these questions is important not only in the context of the history of philosophy, but allows us to include Hobbes’ ideas in modern political and philosophical discourse.
Теория организации. Курс лекций по дисциплине «Теория организации»
Гапонова О. С. Саарбрюкен: LAP LAMBERT Academic Publishing, 2011.
The choice of interpretation as a problem of social epistemology
Porus V. N. Humanities. HUM. Basic Research Programme, 2013. No. 19/HUM/2013.
Social epistemology is a set of attempts to assign a philosophical meaning to sociological studies of cognitive processes within their social context. These attempts are being made through competition of philosophical interpretations. The choice of interpretation is governed by the desire to bring value orientations of science in line with the challenges from a changing cultural-historical environment. Robert Merton’s “normative ethos of scientists” is reviewed here as an illustration to this thesis.
Основы работы с текстом в Adobe Photoshop CS. Методические указания к лабораторным работам по курсу "Компьютерная графика"
Байбикова Т. Н. М.: МИЭМ, 2010.
Текст как сцена: теория эпического театра Б. Брехта и художественный текст Э. Елинек (на материале пьес Б. Брехта и романа Э. Елинек «Пианистка»)
Пасько Ю. В. Вестник Московского государственного областного университета. Серия: Лингвистика. 2012. № 2. С. 111-118.
In the article the elements of the epic theatre (a theory by German playwright B. Brecht) in the novel by E. Jelinek “The Piano Teacher” are analyzed. The author studies two aspects of this question: the figure of the narrator in the text and the phenomenon of materialization as realizing of alienation effect – one of the most important elements of the epic theatre. The research is based on comparative analysis of lexical, syntactical and stylistic peculiarities in Brecht’s plays and in the Austrian writer’s novel. The result of this research is the conclusion that the text of the novel has some features of B. Brecht’s play and the novel by E. Jelinek is an example of “dramatization” of a prosaic text.
Развитие современного информационного пространства: анализ и перспективы
Дзялошинский И. М., Пильгун М. А., Тощева А. В. и др. Вып. 11. М.: АПК и ППРО, 2012.
Технологии работы с текстовой и фактографической информацией. Словарь-справочник
Шаров А. Г. МегаВерсия, 2007
Эффективные стратегии и тактики в современных коммуникационных процессах
Edited by: М. А. Пильгун Вып. 10. М.: АПК и ППРО, 2012.
Boris Pasternak: Russian Writer in Italy
Galatenko Y. N. Academic Journal of Interdisciplinary Studies. 2013. Vol. 2. No. 9. P. 304-309.