This book makes available to Russian readers an important document of early medieval literacy: the anonymous Salernitan Chronicle. It was written after 970, by a Langobard historian, probably a benedictin monk, in prose and verses, in Campania, and narrates facts of history of Langobards, Franks, the Papacy and Byzantium from 8th to 10th century. The author was well informed of intricated politics of the most “dark” of all medieval centuries. But more than that, it is an astonishing monument of middle Latin, in its south-Italian variant, which this first translation into a modern language a real puzzle, a scholarly chalenge. A detailed historical and literary introduction leads the reader into the poetics of early medieval historical narrative, as well as into general lines of south-italian history.

Language: Russian
Full text (PDF, 2.58 Mb)
Keywords: Salernomedieval chronicleslangobards
Publication based on the results of: Models of Representation of the Past in the Middle Ages and Early Modern Period(2019) 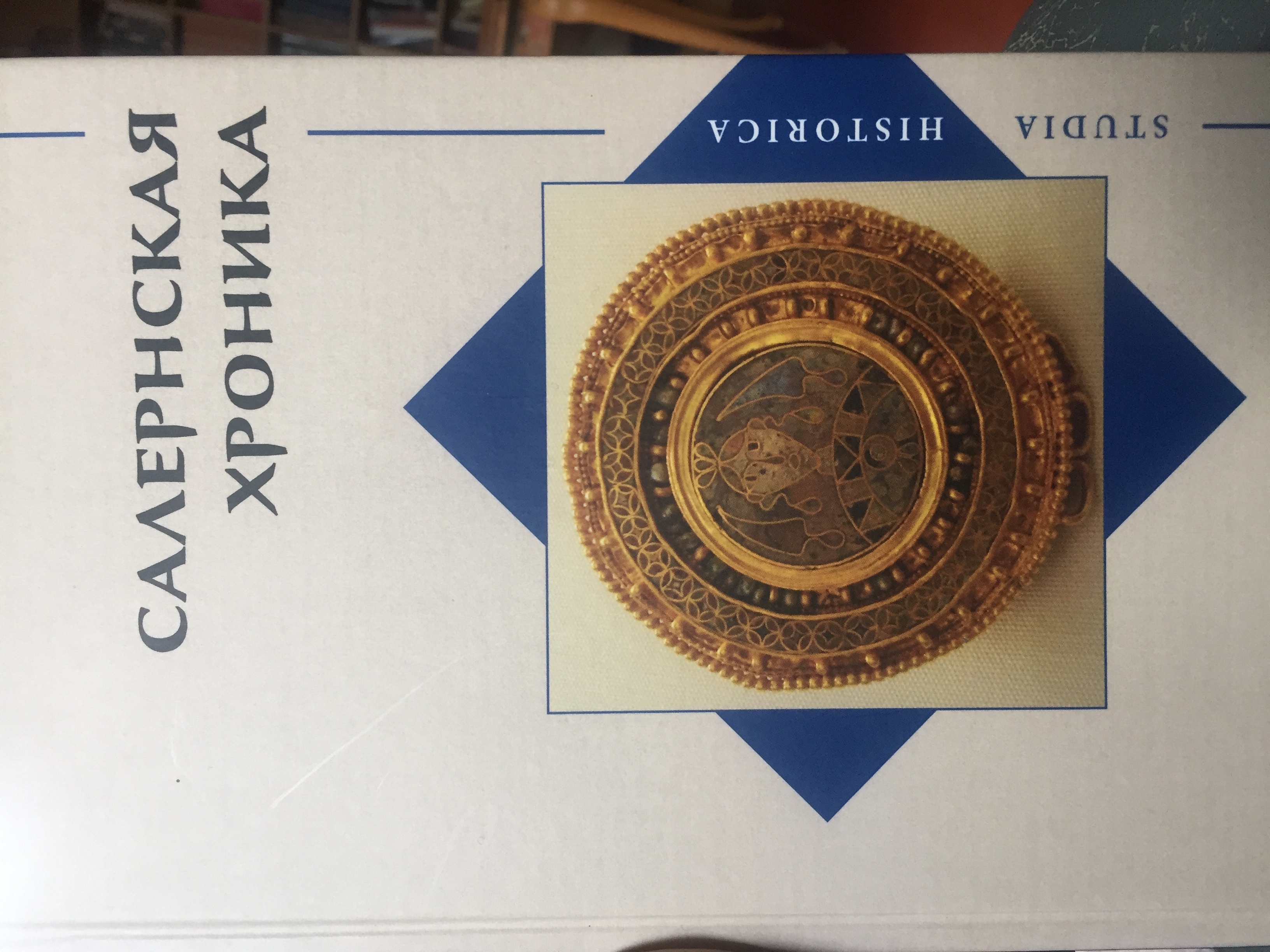 The article deals with several law codes of the early Middle Ages, namely the Laws of Frisians, the Laws of Saxons and the Laws of Thuringians. The article basing on these juridical texts illustrates, that despite of the military pressure and the violent christianization of the Frankish conquerors in the 6 th — 9 th centuries in the Rhine bassin, tribal laws fixed in the reign of Charlemagne (768—814) continued to rely on the North Germanic languages, traditions of trial, social ranks and system of punishments. At the same time, the paper contains an analysis of the Frankish impact on the legal space and trial of the North Germans as well as of the direct and indirect influence of the South Germans (Allemanni, Bavarians), of the Langobards and of the Anglo-Saxons.

This article focuses on the one fragment of "Chronicon mundi" ("Universal cronicle") of Lucas, bishop of Tuy (died in 1249). According to this text, Isidore of Seville had written some treatises, concerning to medicine and natural science, but had not published it. After his death his successor Teodist had translated uknown isidorian works from Latin to Arabian with the aid of one Arab Avicenna, and then they had published redacted and translated texts under Avicenna's name. So Lucas de Tuy argues the insignificance of Arabian and Muslim culture and philisophy. "Chronicon mundi" was written in Leon during the period of Reconquista, it can explain anti-muslim discourse of author. On the other hand the city of Leon became in this time a center of isidorian cult, because the relics of thi saint had been translated from Seville and burried in Leon. Lucas was one of creators of this cult and he glorifies Isidore in his works. It is not strangely that Lucas creates an ideal image of Isidore. Finally this story is significant in the context of rivalry of Leon and Toledo -- two biggest cultural and spiritual centres of medieval Spain. Then Lucas story was reproduced in "Estoria de Espanna" of Alfonso X.

Michael Glykas is best known as the author of a vast Chronicle covering the historical events from Creation to the death of the emperor Alexios I Komnenos (1118 AD). Although quite popular in Byzantium, this composition does not enjoy high reputation among the scholars, the reason being its loose composition and massive uncritical borrowings from earlier sources with only feeble attempts to rework and reconcile them. Yet in another creation of his, an authorial collection of admonitory and dogmatic letters habitually referred to as the Theological chapters, Glykas appears to be an apt storyteller who produces a tightly knit narrative with rhetorical sophistication and mastery in portraying his heroes’ emotions and creating suspense. The discrepancies between the two working methods become most conspicuous when the Chronicle and the Theological chapters deal with the same subject matter. The article provides a close reading of the three stories about murders perpetrated by the emperors Theodosios I the Great (379–395), Maurikios (582–602) and Ioannes I Tzimiskes (969–976) reported in the Chronicle alongside their versions in the 57th Theological chapter. The latter was initially conceived as a conciliatory letter addressed to the niece of the emperor Manuel I Komnenos (1143–1180) Theodora who had committed a murder out of jealousy and sought repentance. The analysis shows that the parallel accounts have common compositional skeleton and share the same set of sources; neither of the two versions contains any unique historical data absent from the other. Nevertheless, the specific narrative techniques chosen by Glykas to tell the same stories twice are diametrically opposite to each other. For Glykas the chronicler no historical detail is more important than the other, therefore he produces a kind of encyclopedia cemented by chronology but virtually devoid of narrativity and inner hierarchy. Glykas the epistolographer, by contrast, has clear understanding of how to arrange the stories, thinks through their composition, manipulates the reader through key-phrases and syntactical devices, builds drama and make his characters live through severe breakdowns and recover in front of the readers’ eyes. The conclusion proposes to see in Glykas’ unwillingness to narrate coherent stories in the Chronicle a conscious authorial choice motivated by his understanding of chronicle-writing as activity by definition opposed to storytelling.