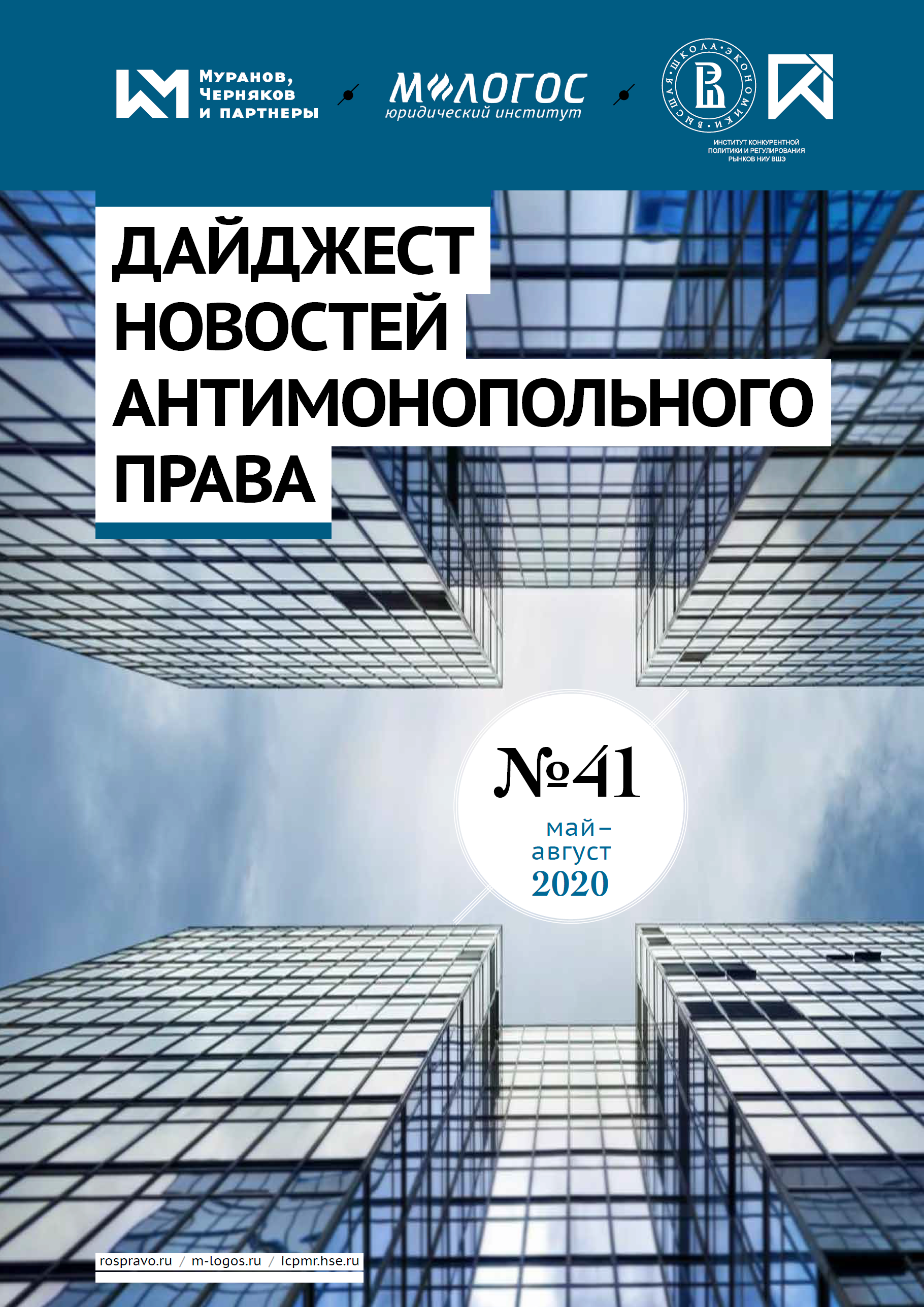 Право Европейского Союза и практика Суда Европейского Союза: учеб. пособие
Энтин К. В. М.: НОРМА, ИНФРА-М, 2015.
Law and Economics of Antitrust Enforcement in Russia
Avdasheva S. B., Kryuchkova P. V. Public Administration. PA. Высшая школа экономики, 2013. No. 05.
Law enforcement by regulatory authorities on complaints may replicate not only advantages but also disadvantages of both public and private enforcement. In Russian antitrust enforcement there are strong incentives to open investigations on almost every complaint. The increasing number of complaints and investigations decreases both the resources available per investigation and the standards of proof. It also distorts the structure of enforcement, increases the probability of both wrongful convictions and wrongful acquittals, and lowers deterrence. Statistics of antitrust enforcement in the Russian Federation, including Russian regions, highlight the importance of complaints for making decisions on whether to open investigations and the positive dependence of convictions on the number of investigations.
Обновляемый образовательный ресурс "Экономическая школа НИУ ВШЭ"
2012.
Competition Law and the State
Stanford University, 2014.

One of the modern lines of the Russian competition law is strengthening of public sanctions for its infringement. However practical application of these sanctions is possible only at full conformity of circumstances of concrete case to all conditions of application of measures of responsibility. These conditions are listed in the administrative legislation, in the criminal code and in the Law on protection of a competition of 2006. Russian and foreign legal practice shows that the most difficult for the determination are boundaries of the product market where there was an anticompetitive offence. What are the practice of application and prospect of updating of rules of a proof of such boundaries? The present article also is devoted the analysis of this point in question. The author shows features and lacks of use of economic arguments at interpretation of legal concept «the product market».

Предпосылки, тенденции и пределы систематизации антимонопольного законодательства
Тотьев К. Ю. В кн.: Правовые исследования: новые подходы. М.: Юридическая фирма «КОНТРАКТ», 2012. С. 197-209.
The article deals with the problems of systematization of rules concerning the protection of competition. It analyzes two directions of this systematization (logic and valuable ordering), its background and trends. The author considers that neither logic, nor valuable systematization of the antimonopoly legislation has been realized by the Russian legislator.
Damages Claims for the Infringement of EU Competition Law
Lianos I., Davis P., Nebbia P. Oxford: Oxford University Press, 2015.

Damages Claims for the Infringement of Competition Law provides a discussion of the emerging field of competition law damages and explores the important questions it raises about the use of the traditional tort law categories in an area of law that is heavily infused with economic analysis. The book combines a corrective justice perspective with an empirical and theoretical analysis of the practice of competition law damages in various jurisdictions in Europe. Rather than adopting the traditional economic analysis of law approach, the authors respect the autonomy of the fields of law and economics, while attempting to identify the areas of conflict that may emerge when economic concepts and categories are integrated in the legal system.

Extending the Scope of Antitrust Legislation over the Area of Exclusive IP-Rights Exercise: Evidence from Russia
Mikhail S. Zhuravlev. Law. LAW. Высшая школа экономики, 2014. No. 39/LAW/2014.
This paper deals with the issues of competition law and IP law interaction. Current Russian legislation provides absolute immunity from extending the antitrust prohibitions over the exercise of exclusive IP-rights. The idea of the article is that this approach needs to be revised. Russian court practice, legal doctrine and economic theory necessitate more flexible antitrust regulation in the area of IP. The analysis of US, EU, and Japanese models of legal regulation has revealed different approaches to the issues of antitrust policy in this field of social relations. Therefore, this paper suggests a different concept of regulation¬ – keep the general immunity from the application of antitrust prohibitions to rightholders, but make it conditional. At the same time, in order to ensure the optimal balance between private and public interests and to maintain the incentives for innovative activity, antitrust legislation should provide a system of guarantees for rightholders.
Влияние выбора целей и инструментов политики денежных властей на уязвимость экономик
Трунин П. В., Дробышевский С. М., Евдокимова Т. В. М.: Издательский дом «Дело» РАНХиГС, 2012.
Таможенно-тарифные правоотношения в таможенном союзе ЕврАзЭС
Пащенко А. В., Хрешкова В. В. Реформы и право. 2012. № 1. С. 15-22.
The impact of state-controlled banks on the Russian banking sector
Vernikov A. V. Eurasian Geography and Economics. 2012. Vol. 53. No. 2. P. 250-266.