The monograph prepared by group of authors - research associates of the Center of studying and forecasting of the Russian-Chinese relations (TsIPRKO) IDV of RAS and the invited experts from other divisions of Institute, is devoted to the analysis and the forecast of development of the Russian-Chinese relations in the light of decisions of the XIX congress of the Communist Party of China (October, 2017). The Round table which has taken place in TsIPRKO in November, 2017 during which bvsh are brought up and considered topical issues of foreign policy of the People's Republic of China and the Russian-Chinese relations taking into account results of the National Congress of the Communist Party of China became a scientific basis of writing of this collective monograph. In work new approaches of the Chinese side to questions of domestic and foreign policy of the People's Republic of China are characterized, the theoretical constructions which are put forward at a congress and concerning the international problems are considered. Special attention in the monograph is paid to the prospects of development of the Russian-Chinese economic and political relations. 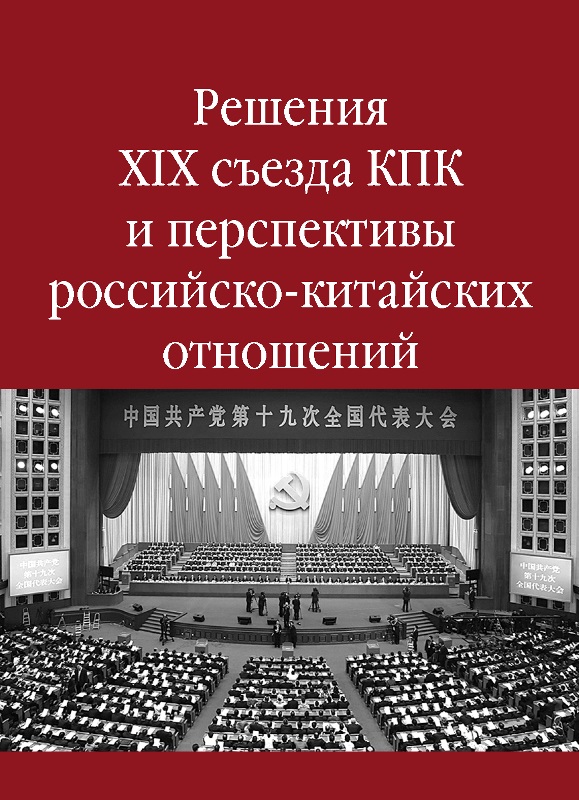