The present critical edition of the Martyrdom of Cyriacus and Julitta is based on the MS of the Vаtican Library, Syriac 161 (its facsimile reproduction was issued by the Bibliotheca Apostolica Vаticana together with Brighаm Young University) and on the text of the Martyrdom edited by P. Bedjan (Acta Martyrum et Sanctorum III). The latter was collated with the relevant part of the MS of the Institute of Oriental Manuscripts, Saint-Petersburg (Diettrich d). The edition is accompanied by a thorough philological analysis of the text. The target audience of the edition are scholars specialized in the Syriac literature (in particular, Syriac hagiography and apocrypha) as well as those interested in studying Syriac language and textual criticism. 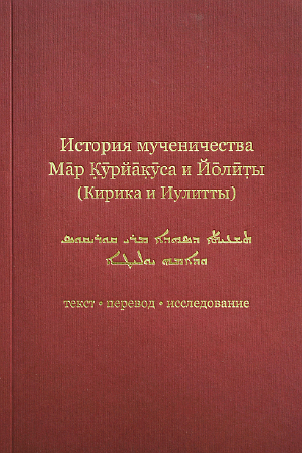