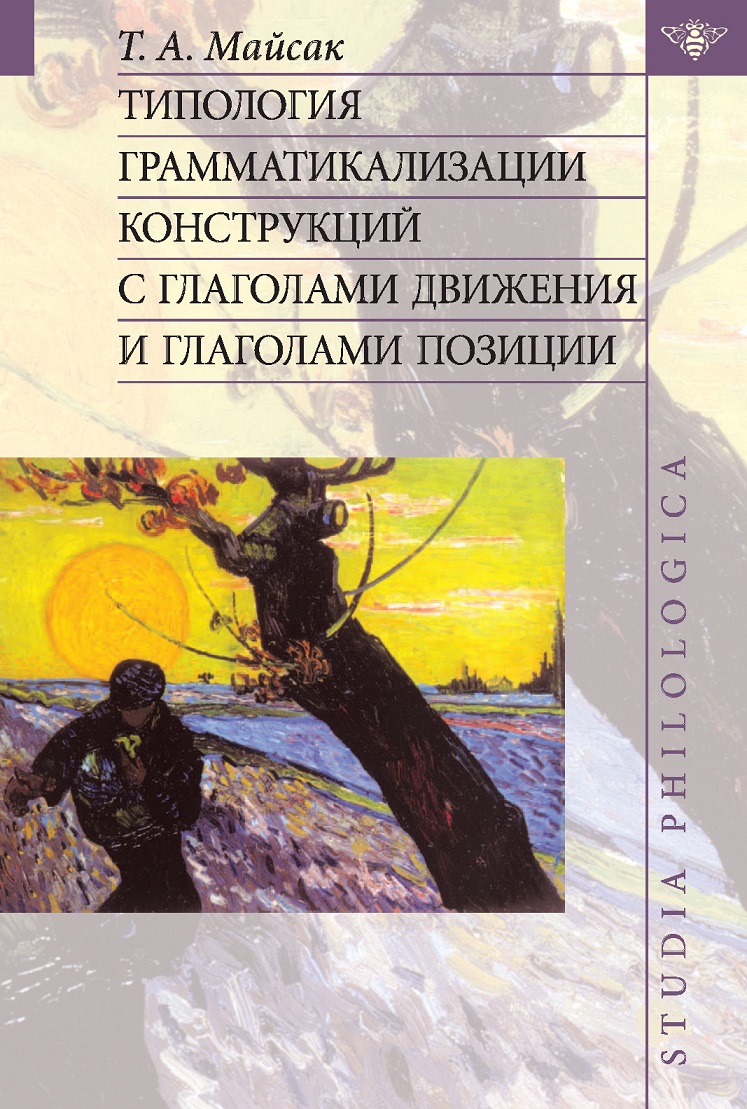 Progressive periphrases in German are analyzed in a quantitative and qualitative way. The subject of the analysis is progressive constructions in the XVII–XIX centuries. It is stated that the process of their formation was not homogeneous, as there were two forms of progressive periphrases during the IX–XV centuries that were existing concurrently and were interchanging. It is determined that in any period the most frequent periphrases are im-construction and am-construction, moreover, the frequency of the latter is increasing. It is confi rmed that the process of grammaticalization mostly referred to contraction of locative prepositions and defi nite articles, which lost their lexical meaning in the development of progressive periphrases.

TOWARDS A LEXICAL TYPOLOGY OF ‘FLYING’ AND ‘JUMPING’
Плунгян В. А., Rakhilina E. V. Linguistics. WP BRP. НИУ ВШЭ, 2015
This paper focuses on some lexical properties of two groups of verbs in the languages of the world, without trying to provide their exhaustive typological description. The first group includes the verbs of movement through the air (verbs of ‘flying’); the other includes the verbs that designate temporary separation from a supporting surface (verbs of ‘jumping’).
The rise of person agreement in East Lezgic: Assessing the role of frequency
Богомолова Н. К. Linguistics. 2018. Vol. 56. No. 4. P. 819-844.

Grammaticalization is often considered to reflect frequent co-occurrence of certain elements in certain positions. This paper tests the frequency-based account of the grammaticalization of person agreement, comparing the grammaticalization of person agreement in Tabasaran, a Lezgic language, with the syntax of free pronouns in closely related Agul. Our assumption is that the situation in Agul, where person marking is not grammaticalized, approximately reflects a diachronic stage prior to the grammaticalization of person marking in closely related Tabasaran. We find little evidence in support of a frequency-based approach, at least when frequency is treated in terms of global frequencies. We do, however, identify a highly frequent verb that already in Agul appears to regularly associate with the pattern that has generalized to become person agreement in Tabasaran. We suggest specific information structural configurations associated with this verb, which have provided the impetus for the development. More generally, we show that while global measures of frequency may not yield the correct predictions, investigating the syntactic constructions associated with individual lexical items may be more revealing, and provide a more realistic model for reconstructing the paths of syntactic change involving the generalization of existing and quite local patterns.

Doing lexical typology with frames and semantic maps
Rakhilina E. V., Reznikova T. Linguistics. WP BRP. НИУ ВШЭ, 2014. No. 18.
In this paper we present an approach to lexical typology which will be referred to as the “frame method”. It was developed and tested in the Moscow Lexico-Typological Group and is currently used in all its projects, such as Majsak, Rakhilina (eds.) 2007, Britsyn et al. (eds.) 2009, Kruglyakova 2010, Reznikova et al. 2012. Our main principle, taken from the Moscow semantic school (Apresjan 1974/1992, cf. also Firth 1957: 11), is that lexical meanings can be studied and reconstructed by observing the word’s “surroundings”, primarily their collocation. Then, they can be compared by procedures similar to those used in grammatical typology.
Semantics of falling: a cross-linguistic approach
Reznikova T., Vyrenkova A. S. Linguistics. WP BRP. НИУ ВШЭ, 2015. No. 40.
The objective of the present paper is to present a cross-linguistic description of falling predicates developed by the Moscow Lexical Typology Group. The current study employs a methodology proposed by  (MLexT). This approach combines deep semantic analysis of the lexicon with a special focus on synonymy, as developed by the Moscow Semantic School, and traditional methods of grammatical typology. The language sample includes more than 30 languages.
Говорить по-русски легко 2: Глаголы движения (It is easy to speak Russian 2:Verbs of motions).
Казарцев Е. В. Кн. 2. СПб.: Издательство филологического факультета Санкт-Петербургского государственного университета, 2012.
Индонезийские глаголы плавания и принципы организации глагольного лексикона
Ландер Ю. А. В кн.: Малайско-индонезийские исследования. Вып. XVIII. М.: ИД "Ключ-С", 2008. С. 95-125.
By examples of aqua-motion verbs (i.e. verbs denoting motion / being in liquid medium) in Indonesian, it is argued that grammatical and semantic properties of verbs may be governed by their place in hierarchies similar to individuation hierarchies used for nominals. This place of verbs (or situations denoted by these verbs) in such hierarchies is argued to correlate with discourse functions (foregrounding vs. backgrounding) and lexical salience of verbs.
On how compositionality relates to syntactic prototypes and grammaticalization
Lander Yu. In bk.: Donum semanticum: Opera linguistica et logica in honorem Barbarae Partee a discipulis amicisque Rossicis oblata. M.: Languages of Slavic culture, 2015. P. 146-155.
Глаголы движения в воде: Лексическая типология
Edited by: Т. А. Майсак, Е. В. Рахилина М.: Индрик, 2007.
Grammaticalization and Semantics of Complex Predicates in Kalmyk
Baranova V. V. Journal de la Société Finno-Ougrienne. 2013. Vol. 94. P. 9-35.

The paper describes Kalmyk complex predicates, based on the empirical data of linguistic fieldwork. The focus of this investigation is on the semantics and morphosyntactic properties of the complex predicates in Kalmyk. In Kalmyk, several auxiliaries (bää‑ ‘to be’, jov‑ ‘to go’, kevt‑ ‘to lie’ and suu‑ ‘to sit’) belong to the imperfective domain. Perfective semantics is the basis for complex predicates with the primary verbs ork‑ ‘to put’ and od‑ ‘to go away’, whereas the verbs av‑ ‘to take’ and ög‑ ‘to give’ express reflexive benefactive and benefactive meanings. The verb xaj‑ ‘to throw’ expresses intensivity and pluractionality. The study shows that the Kalmyk aspectual system arose as a result of grammaticalization.