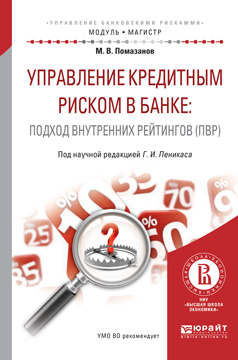 We aim to discover the relationship between market discipline and banking system transparency using the cross-country data (1990-2003) with Nier index and index based on World Bank surveys' data. We show that measures aimed to increase transparency, not being accompanied with requirements related to information availability and/or interpretability, may be not efficient in reaching the goal of market discipline stimulation.

In our research, we examine what macroeconomic factors determine and influence the credit cycle. In addition, our study contains four sections with theoretical and empirical parts, in which we describe how to measure credit cycles for developed  and developing countries, and then introduce an important measure of the credit gap. Our results show a comparative analysis of credit cycles between different countries with different economic growth, and we have created an econometric model, which shows us the impact of macroeconomic factors according to the credit cycles  for developing and developed economies.

The main goal of this paper is to study interconnections between credit ratings and financial indicators of industrial companies from BRICS countries. We use method of patterns, one of the modern methods of nonlinear modeling, to identify groups of heterogeneous objects with different influence on ratings. Additionally, in this research, we evaluate Tobit regression model for selected groups and establish some credit rating patterns for the BRICS industrial companies. Our results of Tobin model, may have practical implementation in short-term financial management.

How Do Investors Prefer Banks to Transit to Basel Internal Models: Mandatorily or Voluntarily?
Penikas H. I., Skarednova A., Surkov M. WORKING PAPER SERIES. Доклады об экономических исследованиях. Central Bank of the Russian Federation, 2021. No. 74.
The recently finalized Basel Framework continues allowing banks to use internal data and models to define risk estimates and use them for the capital adequacy ratio computation. World-wide there are above two thousand banks running the Basel internal models. However, there are countries that have none of such banks. For them there exists a dilemma. Namely, which transition path to adopt out of the two. The voluntarily one as in the EU or the mandatory one as in the US. Our objective is to take the investor perspective and benchmark those two modes. Thus, we wish to find whether there is a premium for any of them, or perhaps that they are equivalent. The novelty of our research is the robust estimate that investors prefer mandatory transition style to the voluntarily one. Such a preference is reflected in the rise of the mean return and decline in stock volatility for the transited banks in the US and right the opposite consequences in the EU. However, we should be cautious in interpreting our findings. Such a preference may not only be the premium for the breakage of the vicious cycle and the ultimate improvement in the banks’ risk-management systems and the overall financial stability. It may also hold true if and only if the mandatory transition for particular institutions is accompanied by a restriction for other banks in the region to transit. Our findings are of value primarily to the emerging economies like Argentine and Indonesia.
Эффективность российского банковского сектора и регулирование рисков: открытые вопросы
Пеникас Г. И. Математические методы анализа решений в экономике, бизнесе и политике. WP7. Высшая школа экономики, 2015. № WP7/2015/11.
The Synergy of Rating Agencies' Efforts: Russian Experience
Karminsky A. M. In bk.: Financial Econometrics and Empirical Market Microstructure. NY: Springer, 2015. P. 93-110.

We examine the synergy of the credit rating agencies’ efforts. This question is important not only for regulators, but also for commercial banks if the implementation of the internal ratings and the advanced Basel Approach are discussed. We consider Russian commercial banks as a good example where proposal methods might be used. Firstly, a literature overview was supplemented with an analysis of the activities of rating agencies in Russia. Secondly, we discussed the methods and algorithms of the comparison of rating scales. The optimization task was formulated and the system of rating maps onto the basic scale was obtained. As a result we obtained the possibility of a comparison of different agencies’ ratings. We discussed not only the distance method, but also an econometric approach. The scheme of correspondence for Russian banks is presented and discussed. The third part of the paper presents the results of econometric modeling of the international agencies’ ratings, as well as the probability of default models for Russian banks. The models were obtained from previous papers by the author, but complex discussion and synergy of their systematic exploration were this paper’s achievement. We consider these problems using the example of financial institutions. We discuss the system of models and their implementation for practical applications towards risk management tasks, including those which are based on public information and a remote estimation of ratings. We expect the use of such a systemic approach to risk management in commercial banks as well as in regulatory borders.

Институт минимальной заработной платы в странах ОЭСР
Вишневская Н. Т. Проблемы рынка труда. WP3. Высшая школа экономики, 2005. № 03.
The paper examines the institute of minimum wage in developed and transition economies and in a number of the developing countries. First of all the institutional mechanism of minimum wage fixing is considered. One of the sections explores the dynamics of absolute and relative levels of minimum wage. The special attention is paid to the impact of the institute of minimum wage on the labour market. The author considers the mechanism of transmission of the minimum wage increases on the employment and unemployment dynamics. The paper also contains the result of the empirical research. The experience of many countries witnesses that large increases in minimum wage levels lead to the stagnation of the employ-ment, especially of the disadvantaged groups. The negative effect is larger for the companies with higher share of labour costs and more active use of unqualified labour, that is small businesses and agricultural enterprises. One of the main conclusions is that the minimum wage is not an effective tool of the poverty reduction as the majority of the recipients live in households of average and upper average income.
Bounded limit cycles of polynomial foliations of ℂP²
Goncharuk N. B., Kudryashov Y. arxiv.org. math. Cornell University, 2015. No. 1504.03313.
In this article we prove in a new way that a generic polynomial vector field in ℂ² possesses countably many homologically independent limit cycles. The new proof needs no estimates on integrals, provides thinner exceptional set for quadratic vector fields, and provides limit cycles that stay in a bounded domain.
О топологической устойчивости непрерывных функций в некоторых пространствах, связанных с рядами Фурье
В. В. Лебедев Известия РАН. Серия математическая. 2010. Т. 74. № 2. С. 131-164.