The 12th volume of the series contains the texts of Novgorod birch-bark documents N 916-1062 unearthed in the course of the excavations of 2001-2014, as well as those found in Staraya Russa (N 37-45). Most of the published documents originate from the Troicky excavation site and are dated to the 12th century. The core of the volume is formed by the documents from the estate Ж, where the concentration of birch-bark letters is significantly higher than at any other medieval Novgorod estate explored so far. Of special importance are two deposits: financial and economic records of Yakim (second half of the 12th century) comprising the largest set of document written by one hand, and correspondence of Luke, Ivan and Snovid (mid 12th century) containing fine examples of Early Rus’ merchants’ correspondence. The texts of the documents are published with comprehensive linguistic and historical commentary. The second part of the book contains corrections to the readings and interpretations of the birch-bark documents published in the previous volumes of the series as well as updating of some of tables of extra-stratigraphic dating published in the 10th volume. The volume also contains a linguistic index and a list of conventional dates of the published documents. 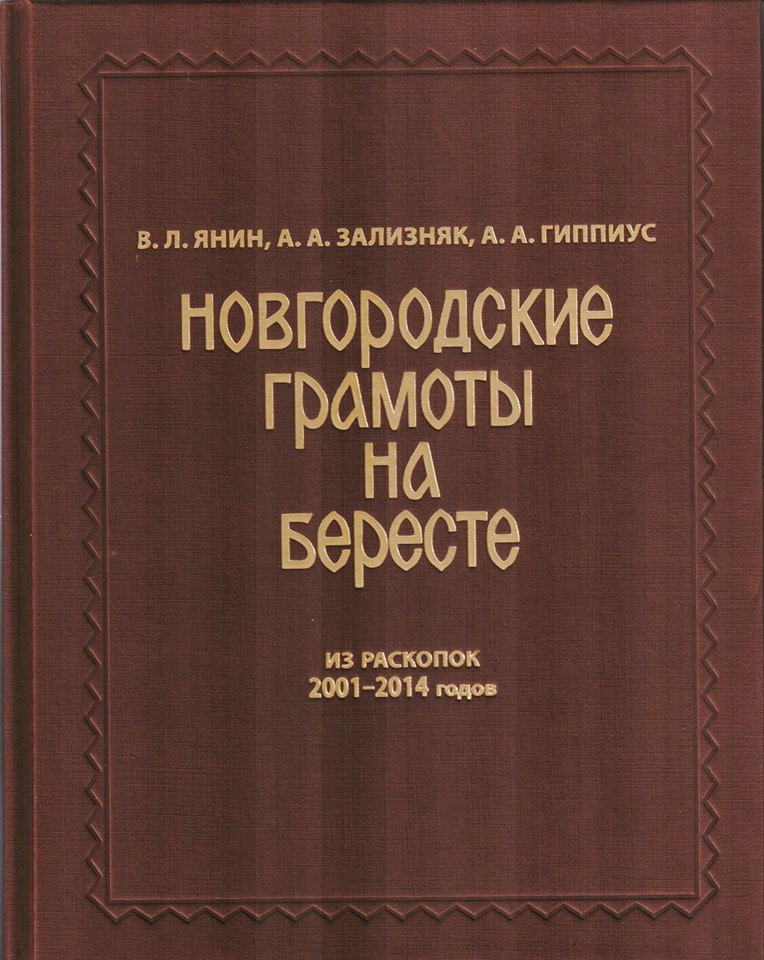