Prospects for US-Russia Cooperation in Asia-Pacific 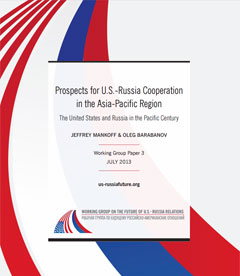