Using spatial panel data modeling, this paper assesses factors in regional unemployment and spatial spillover effects in Germany. Due to historical reasons there exist differences between eastern and western regions of Germany. We explore differences in spatial effects by applying special model specification. We use panel data for 407 out of 413 German regions (using the NUTS III regional structure) for 2001 through 2009.

The objective of this paper is to explore the process of value creation through intangibles in order to shed some light on the agency problem in a company which employs intangibles. On this framework a theoretical model is elaborated. This model will explain the interrelations between the decisions of managers on intangibles, outperforming and investment attractiveness. It proposes a comprehensive approach to value creation analysis. The theoretical model will be tested on a wide database of listed European companies employing structural equation modeling. Moreover according to the supposition put forward in this study, it is expected to reveal the markers of agency problem drawing a line between the decisions of managers on intangibles addressed to outperforming and those to meet the expectations of investors.

In this paper we investigate the incentives of a public procurer to restrict competition in electronic and traditional auctions. For the sake of simplicity we analyzed situation with equal production and participation costs. Also we assume that e-auctions differ from traditional auctions in the level of participation costs and anonymity of bidders. The key results are the following

The aim of this paper is to give a short overview of success and failures in theoretical explanation of bottom-up entrepreneurship development in economies and societies which are most often characterized as ‘transitional’ ones.

In a low level of civic engagement is the driver of socio-economic development of the country, it is important to pay attention to the evolution of the institutions of self-organization of citizens. The article presents the results of an analysis of factors that contribute to self-organization of residence in the community of territorial public self. Using econometric methods evaluated the effectiveness of such communities. Found that the main factor determining the effectiveness of community is social capital, and the main factor of self-organizing citizens' desire to receive funding from the government. Scientific work is based on data from a survey of heads of territorial public self-government and municipal employees of Kirov. 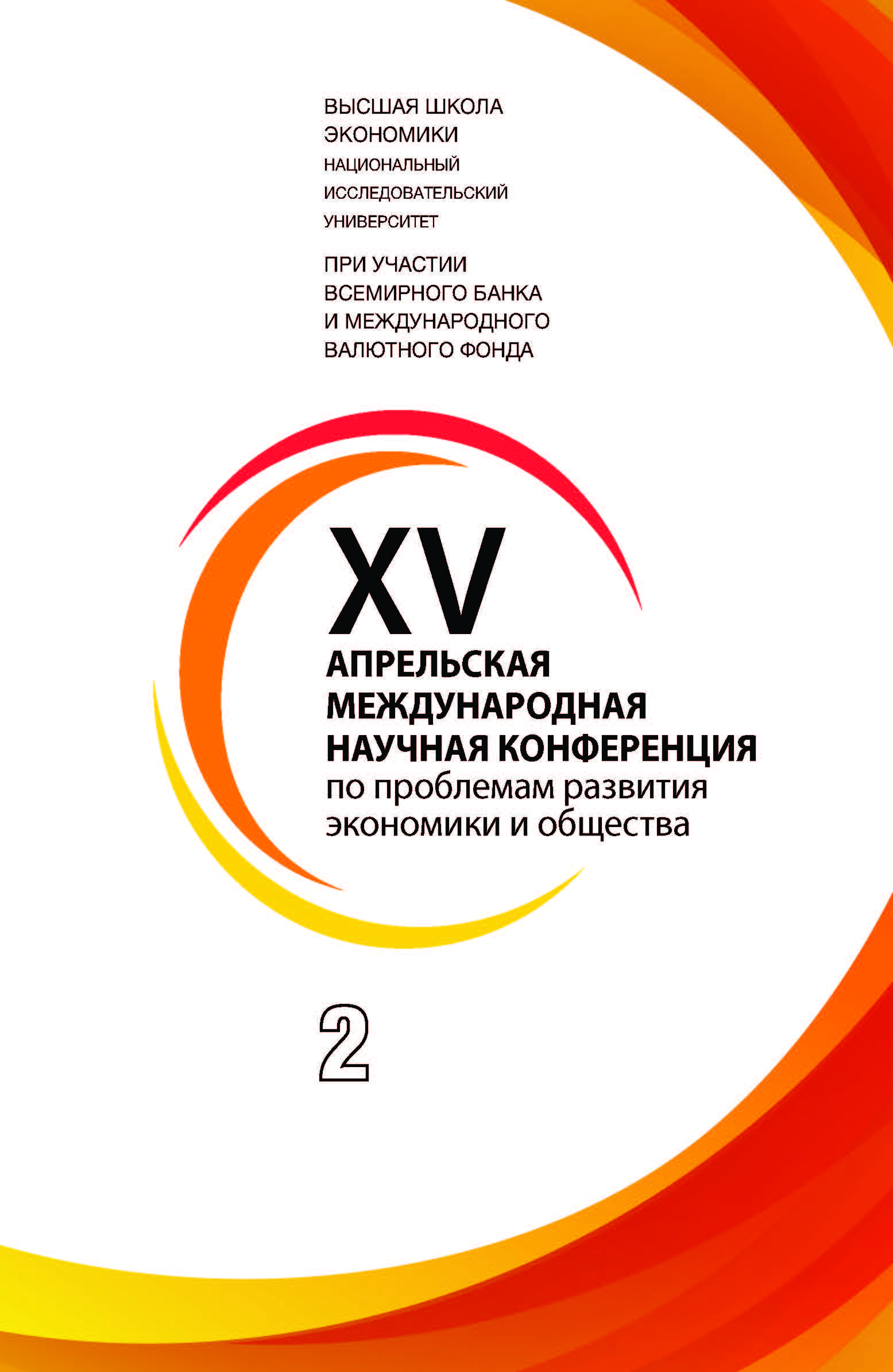 Similar publications
Экономическая активность населения России в 1990-е гг.
Гимпельсон В. Е. Проблемы рынка труда. WP3. Высшая школа экономики, 2002. № 01.
Information Transparency in Public Procurement: How it Works in Russian Regions
Balsevich A. A., Pivovarova S. G., Podkolzina E. Economics. EC. Высшая школа экономики, 2011. No. 01.
Transparency is often prescribed as a cure for almost all the diseases of modern society, but it is not quite clear why and how it might solve certain problems. In the paper we explore how transparency of the public procurement system in Russian regions is correlated with competition, corruption, and control, key factors that influence outcomes of procurement procedures. Using publicly available information, we construct several indicators that measure availability and usability of different types of information presented on regional public procurement websites. Indices based on these indicators show significant differences in transparency levels between Russian regions. In the empirical part of the paper we show that the transparency of information is significantly and negatively correlated with the level of corruption in the region and increases the utilization of control mechanisms in Russian public procurement. We also show that more transparent systems are associated with higher levels of competition.
Факторы устойчивого развития регионов России
Кн. 8. Новосибирск: СИБПРИНТ, 2010.
Социально-экономическое и политическое положение Пермского края. Доклад губернатора Пермского края
Чиркунов О. А. Пермь: Стиль-МГ, 2010.
Россия и Договор Энергетической хартии
Белый А. В. ЭКО. 2010. № 6. С. 97-114.

Роль прозрачности информации в государственных закупках: пример российских регионов
Бальсевич А. А., Пивоварова С. Г., Подколзина Е. А. Журнал Новой экономической ассоциации. 2012. Т. 3. № 15. С. 82-112.
World Politics and Support for Terrorism within Muslim Populations: Evidence from Muslim Countries and Western Europe
Zhirkov K., Verkuyten M., Weesie J. Sociology. SOC. Высшая школа экономики, 2012. No. 08.
Focusing on the Muslim populations in five Muslim-majority countries and four Western European countries, we examine the levels of support for suicide bombings and other forms of violence. We found that support for terrorism among Muslims is present but the percentage of radicals is quite low. In both samples, support for terrorism is stronger among those who see democracy as a solely Western political system. This pattern of association is similar across the Western European countries, whereas the association varies considerably across the Muslim countries. The perceived economic dominance of the West is related to more support for terrorism among Muslims in Europe. In the Muslim countries, blaming the West for negative international relations is associated with greater support for terrorism. We suggest that improvement of the relationships between the West and the Muslim world can reduce support for terrorism and prevent radicalization within Muslim societies.
Realeconomik. The Hidden Cause of the Great Recession (And How to Avert the Next One)
Yavlinsky G. A. New Haven; L.: Yale University Pre, 2011.