Nowadays, Africa is involved in turbulent processes of transformation and globalization. However, the traditional way of life does not disappear but adapts to new conditions. The contributors study the sociocultural aspects of this phenomenon, as they manifest themselves in different countries of the continent.

Sociocultural transformations in contemporary Africa are introduced and grounded as a research topic. 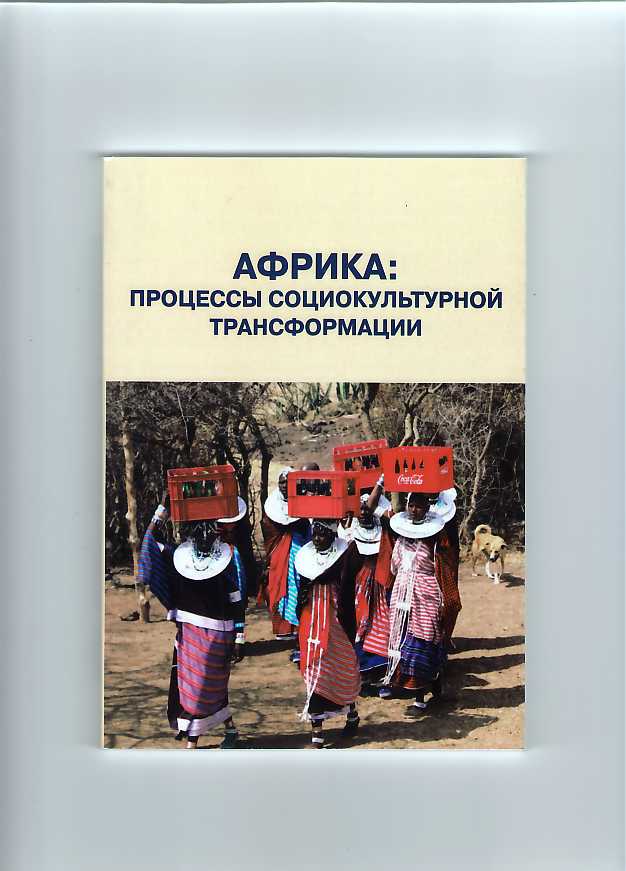 Similar publications
Russian Firms: Business Environment, Internal Organization and Behavior // In «Russia e Europa dell’Est: Progetti e prospettive di crescite»
Dolgopyatova T. G. Serie di Studi Scentifici. University of Verona: Polo Scientifico Diddattico «Studi sull’ impresa» and Center for International Studies, 2012. No. 1.
The paper studies recent development in organization and behavior of Russian firms against the background of economic growth, the world crisis and post-crisis recovery. The main focus of the paper is a problem of investment, including foreign direct investment as a key determinant of Russian enterprises restructuring and modernization. In the context special attention was paid to description of external economic and institutional conditions for development of Russian firms, and their internal characteristics as stock ownership, corporate governance and behavior. The paper concludes with discussions of post-crisis prospects and economic policy matters.
African Horn: Security Challenged
Piskunova N. African Horn: Security Challenged. 111. The Edwin Mellen Press, 2014
This monograph  reviews key challenges to security in the region of North-East Africa, specifically in the area of the African Horn region. The issues discussed in this book, include the problems of soft security in this region, namely the problem of democratic transitions and hybrid regimes, terrorism and radicalization of muslim organizations, foreign policy issues and conflict between Ethiopia and Eritrea in 1998-2000, issue of state failure in Somalia and other related issues.
А начиналось с нашего журнала!
Давидсон А. Б. Азия и Африка сегодня. 2010. № 9. С. 64-66.

This article is about the life of Dmitry Bystroliotov (1901-1975), a Soviet intelligence officer, about his adventures in the Sahara desert and the Congo in the 1930s. Some information about Bystroliotov and about his trip emerged many years after his death, in the 1990s. But even today much of the story remains mysterious. Bystroliotovs first publications although a mystery too appeared in our journal in 1963. We continue the story on the basis of what has come to light since then.

Origins of Globalization
Grinin L. E., Korotayev A. In bk.: Globalistics and Globalization Studies: Theories, Research & Teaching. Volgograd: Uchitel, 2013. P. 8-35.
In this article we analyze processes and scales of global integration in historical perspective, starting with the Agrarian Revolution. We connect the main phases of historical globalization with the processes of the development of the Afroeurasian world-system. In the framework of the Afroeurasian worldsystem the integration began several millennia BCE. In it the continental and supracontinental links became so developed long before the Great Geographic Discoveries and thus they could well be denoted as global (albeit in a somehow limited sense). Among some researchers there is still a tendency to underestimate the scale of those links in the pre-Industrial era; thus, it appeared necessary to provide additional empirical support for our statement. It also turned necessary to apply a special methodology (which necessitated the use of the world-system approach). We analyze some versions of periodization of globalization history. We also propose our own periodization of the globalization history basing on the growth of the scale of intersocietal links as an indicator of the level of globalization development.
Educational tourism as technology of university education: experience of one project in Russia and the USA (philosophic notes)
Shalaeva A. In bk.: World universities congress proceedings. Ankara: Pozitif Printing, 2010. P. 296-299.