The article describes the implementation of the service, which allows to automate collection of structured information from unstructured web documents. The service unifies the solution for a variety of data domain by explicitly ontological description of a task. In addition, is not required change program code to increase the number of sources, because sources of information are also described by ontology. 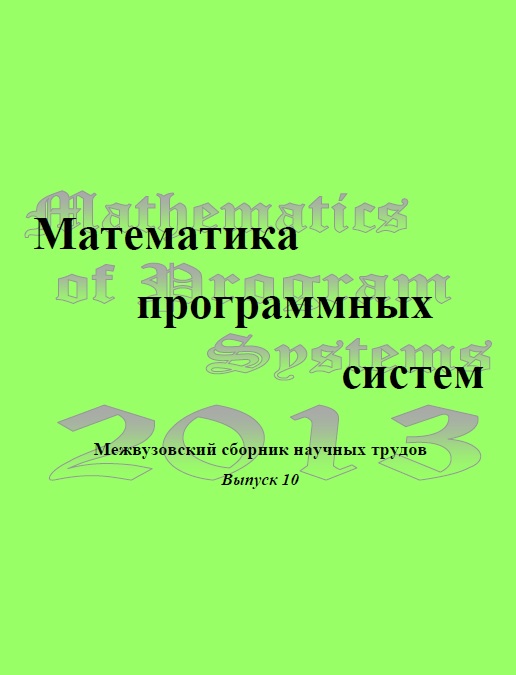 Measuring the value of IT is always a challenge for investors. Market share for service oriented Information Systems (IS) is constantly growing and it creates the demand for methods of measuring the value of SOA-based IS projects. This research is aimed at adopting existing IT Project assessment methods to this growing demand. The work proposes the method that considers the fact that SOA-based IS deployment and evolution could be split in separate flows, one per service. It will allow usage of individual discount rate values per service since project risk values should be different for different services. It should make project value assessment more accurate comparing to existing methods which use the single flow for the entire project. This research also proposes Real Options for calculating the flexibility fraction of the value. The developed method was verified using own simulation model. Both developed method and the simulation model were applied to value assessment of a real-world project.

Дискретная распределенная модификация модели «власть–общество» на основе клеточного автомата
Петров А. П., Степанцов М. Е. Институт прикладной математики им. М.В. Келдыша Российской академии наук, 2014. № 100.
In this paper we consider construction and primary research of the stochastic cellular automaton based version of the "power-society" model, describing the dynamics of power distribution in a hierarchy. We herein formulate basic principles of the model and present a simulation system for numeric experiments. It is shown that most properties of the deterministic model that is a system of differential equations are inherited by the cellular automaton model, which is also shows a possibility to attract power distribution to a solution, proved to be unstable in the classical model.
Элементы компьютерного моделирования и математических основ управления для экономических и гуманитарных специальностей (на базе технологий Microsoft Excel). Учебное пособие
Алексеева Т. А. СПб.: Ленинградский государственный университет имени А.С. Пушкина, 2004.
The Effectiveness Of Different Trading Strategies For Price-Takers
Egorova L. G. Financial Economics. FE. Высшая школа экономики, 2014. No. WP BRP 29/FE/2014 .
Simulation models of the stock exchange are developed to explore the dependence between a trader’s ability to predict future price movements and her wealth and probability of bankruptcy, to analyze the consequences of margin trading with different leverage rates and to compare different investment strategies for small traders. We show that in the absence of margin trading the rate of successful predictions should be slightly higher than 50% to guarantee with high probability that the final wealth is greater than the initial and to assure very little probability of bankruptcy, and such a small value explains why so many people try to trade on the stock exchange. However if trader uses margin trading, this rate should be much higher and high rate leads to the risk of excessive losses.
Short lists with short programs in short time
Bauwens B., Makhlin A., Vereshchagin N. et al. Electronic Colloquium on Computational Complexity. Technical report. Hasso-Plattner-Institut, 2013. No. TR13-007.
Given a machine $U$, a $c$-short program for $x$ is a string $p$ such that $U(p)=x$ and the length of $p$ is bounded by $c$ + (the length of a shortest program for $x$). We show that for any universal  machine, it is possible to compute  in polynomial time  on input $x$ a  list of polynomial size guaranteed to contain a $O(\log |x|)$-short program  for $x$. We also show that there exist computable functions that map every $x$ to a list of size $O(|x|^2)$ containing a $O(1)$-short program for $x$ and this is essentially optimal  because we prove that such a list must have  size  $\Omega(|x|^2)$. Finally we show that for some machines, computable  lists containing a shortest  program must have length $\Omega(2^{|x|})$.
Towards a Translation from Nested Petri Nets into Colored Petri Nets
Dworzanski L. W., Lomazova I. A. In bk.: Program Semantics, Specification and Verification: Theory and Applications. The conference materials. Nizhny Novgorod: Nizhny Novgorod State University, 2012. P. 55-63.

Process-aware information systems (PAIS) enable developing models for interaction of processes, monitoring accuracy of their execution and checking if they interact with each other properly. PAIS can generate large data logs that contain the information about the interaction of processes in time. Studying PAIS logs with the purpose of data mining and modeling lies within the scope of Process Mining. There is a number of tools developed for Process Mining, including the most ubiquitous ProM, whose functionality is extended by plugins. To perform an object-aware experiment one has to sequentially run multiple plugins. This process becomes extremely time-consuming in the case of large-scale experiments involving a large number of plugins. The paper proposes a concept of DPMine/P language of process modeling and analysis to be implemented in ProM. The language under development aims at joining separate stages of the experiment into a single sequence, that is an experiment model. The implementation of the basic semantics of the language is done through the concept of blocks, ports, connectors and schemes. These items are discussed in detail in the paper, and examples of their use for specific tasks are presented ibid.

The materials of The Second International Scientific - Practical Conference is presented below. The Conference reflects the modern state of innovation in education, science, industry and social-economic sphere, from the standpoint of introducing new information technologies.

Digest of Conference materials is presented in 4 parts. It is interesting for a wide range of researchers, teachers, graduate students and professionals in the field of innovation and information technologies.