The book describes consequnces of culture in Russia. 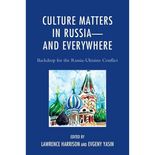 This book pulls together experts in the fields of economics and Russian culture, all participants in the Samuel P. Huntington Memorial Symposium on Culture, Cultural Change and Economic Development, a follow-up to the 1999 Cultural Values and Human Progress Symposium at Harvard University. As the sequel to the 2001 volume Culture Matters, it discusses modernization, democratization, economic, and political reforms in Russia and asserts that these reforms can happen through the reframing of cultural values, attitudes, and institutions. 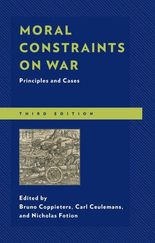 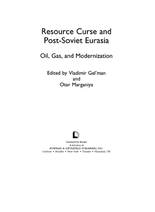 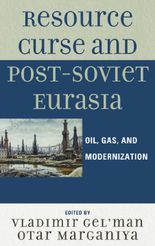 By the end of the 2000s, the term "resource curse" had become so widespread that it had turned into a kind of magic keyword, not only in the scholarly language of the social sciences, but also in the discourse of politicians, commentators and analysts all over the world-—like the term "modernization" in the early 1960s or "transition" in the early 1990s. In fact, the aggravation of many problems in the global economy and politics, against the background of the rally of oil prices in 2004–2008, became the environment for academic and public debates about the role of natural resources in general, and oil and gas in particular, in the development of various societies. The results of numerous studies do not give a clear answer to questions about the nature and mechanisms of the influence of the oil and gas abundance on the economic, political and social processes in various states and nations. However, the majority of scholars and observers agree that this influence in the most of countries is primarily negative. Resource Curse and Post-Soviet Eurasia: Oil, Gas, and Modernization is an in-depth analysis of the impact of oil and gas abundance on political, economic, and social developments of Russia and other post-Soviet states and nations (such as Kazakhstan and Azerbaijan). The chapters of the book systematically examine various effects of "resource curse" in different arenas such as state building, regime changes, rule of law, property rights, policy-making, interest representation, and international relations in theoretical, historical, and comparative perspectives. The authors analyze the role of oil and gas dependency in the evolution and subsequent collapse of the Soviet Union, authoritarian drift of post-Soviet countries, building of predatory state and pendulum-like swings of Russia from "state capture" of 1990s to "business capture" of 2000s, uneasy relationships between the state and special interest groups, and numerous problems of "geo-economics" of pipelines in post-Soviet Eurasia.

Книга
The Mythologies of Capitalism and the End of the Soviet Project
Baysha O. Lanham: Lexington Books, 2014.

The purpose of the Mythologies of Capitalism and the End of the Soviet Project is to show that in order to understand popular disillusionment with democratization, liberalization, and other transformations associated with the attempts of non-Western societies to appropriate the ideas of Western modernity, one must consider how these ideas are mythologized in the course of such appropriations. Olga Baysha argues that the seeds of post-revolutionary frustration should be sought in pre-revolutionary discourses on democracy, liberalism, and other concepts of Western modernity that are produced outside local contexts and introduced through the channels of global communication and interpretations of politicians, activists, and experts.