Arabic Christianity between the Ottoman Levant and Eastern Europe

Almost two hundred years ago the first research institution specialized in the field of Oriental Studies, i.e. the Asiatic Museum of the Imperial Academy of Sciences in St Petersburg, now known under the name of the Institute of Oriental Manuscripts, was found. The core of the Middle-Eastern part of its funds was acquired by the Russian government in two lots, in 1819 and 1825, from Jean-Baptiste Louis Jacques Rousseau, originated from the family of French diplomats and jewelers. This was his father Jean-François Xavier, who began to collect Oriental manuscripts by AD 1757 in Ispahan. The first lot of their collection included not only 484 manuscripts, but also 16 old-printed books. 11 of them were for the first time identified in the Library of the Institute and described by the author of that article. Among them five were published in Aleppo by the typography of the Orthodox Patriarchate of Antioch (the Psalter in two damaged copies, the Four Gospels and the Evangeliary in 1706 and the 34 Homilies of St John Chrysostom in 1707), three in Rome (the Four Gospels in 1591 and the Canon of Medicine of Avicenna in 1593 by the Typographia Medicea and the Arabic-Latin Psalter by the Typographia Sauariana) and two more in Constantinople by the pioneer of Islamic printing Ibrāhīm Müteferriqa (the cosmographic work Ğihān-nümā and the Persan-Ottoman dictionary in two volumes Ferheng-i Shuʿūrī). As a result this collection of old-printed books gives a rather detailed impression about the development of typographic art in Arabic characters in the Orient as well as in Europe. 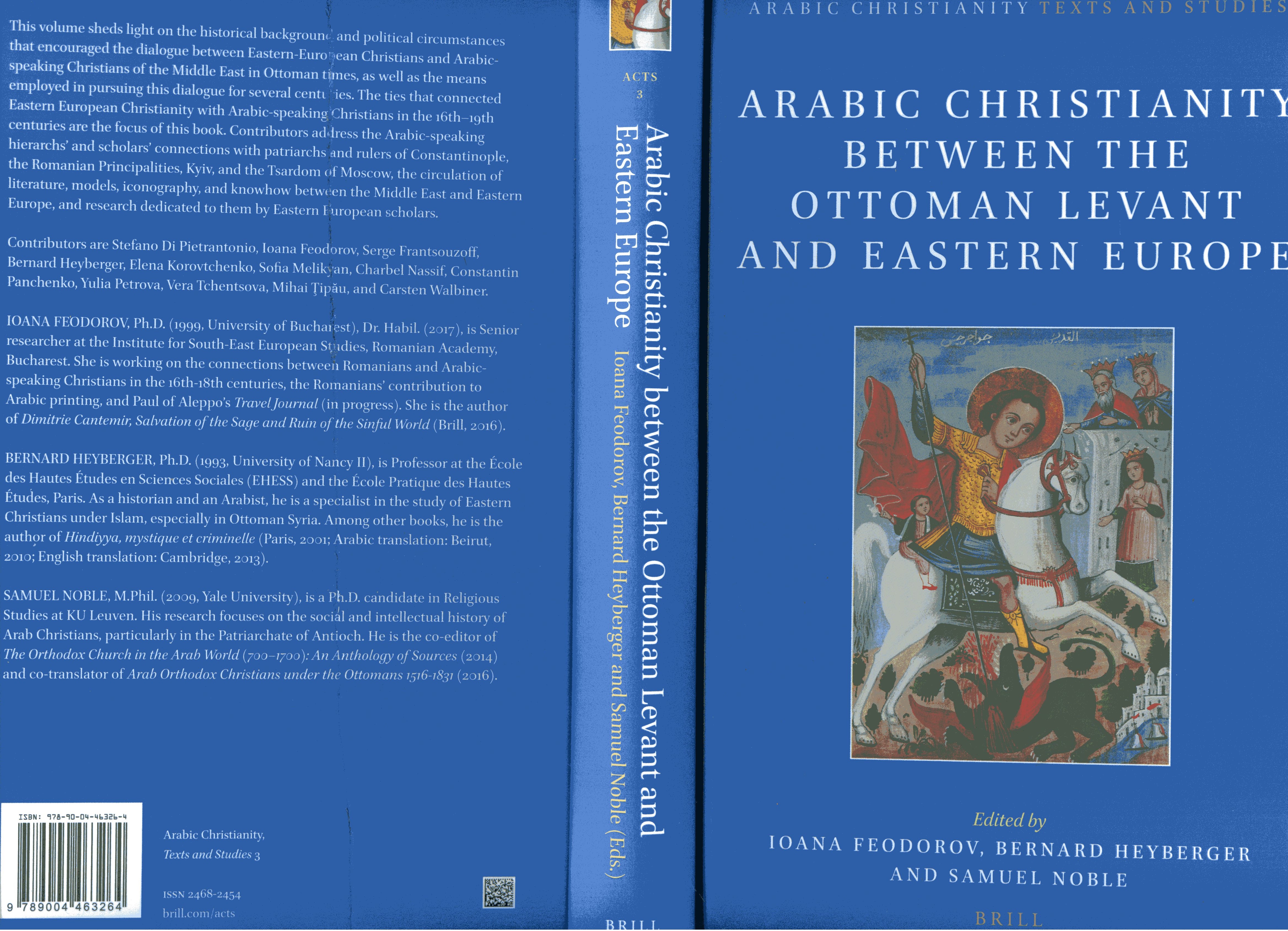