Methodology for Study of the EU as a Global Ttransformative Power

The research aimed to study EU as a global player. This included the instruments the EU relies on to express its priorities and achieve its objectives, EU methods to engage international partners, European ways to creating global public good through partnerships and multilateral institutions. The analysis focused especially on the EU’s evolving role in the G7/G8 over the last ten years reflecting its growth as soft power and the EU expanding community competencies and legal authority. The timeframe of the analysis spanned the period from 1998 to 2008 to account for the most important developments following signing of the Treaty of Amsterdam in 1997, birth and development of the ESDP and ESS, enlargement of the EU enhancing its representative weight in the international institutions, further extension of the EU competencies; as well as changing international
order, and not least of all the start of the G8 in 1998. It has to be noted that though the study focuses on the recent decade whereas the Amsterdam Treaty provisions on the CFSP entered into force in 1999 reinforcing the legal and institutional foundations of the MS political and security cooperation, the research could not ignore the historical role of the EC  – EU in the G7/G8. 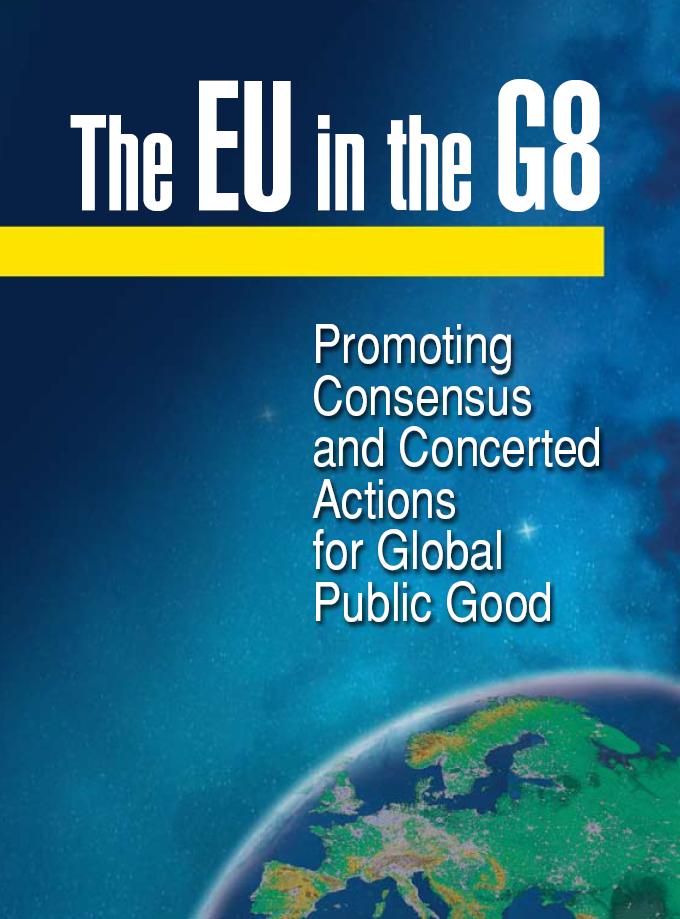 The Eurasian Economic Union: An EU-Like Legal Order in the Post-Soviet Space?
Karliuk M. Law. LAW. Высшая школа экономики, 2015. No. WP BRP 53/LAW/2015.
The Eurasian Economic Union (EAEU) is an emerging regional organization of economic integration in the post-Soviet space. Following the limited success of previous integration attempts, it seeks to pursue deeper integration, borrowing features from the EU. The EAEU possesses a complex system of elements of an emerging legal order, some of which have distinct similarities with the EU, but others are decisively different. This paper analyses these features in order to find whether the legal changes that accompany the creation of the new entity allow ensuring the effective functioning of the EAEU and whether the respective legal order is autonomous similar to that of the EU. The author argues that the EAEU lags behind the EU in terms of the autonomy of the legal order and in its ability to ensure the effective functioning of the organization. Supranational features are limited, while it relies predominantly on intergovernmental elements with a view to preserve the interests of all Member States.
The European Union in the G20
Larionova M. V., Renard T. In bk.: The European Union in the G8: Promoting Consensus and Concerted Actions for Global Public Goods. Farnham: Ashgate, 2012. P. 121-150.
Демографические тенденции в Европейском Союзе
Щербакова Е. М. В кн.: Население России 2008: Шестнадцатый ежегодный демографический доклад. М.: Издательский дом ГУ-ВШЭ, 2010. С. 296-349.
The European Union and the Eurasian Economic Union: Moving toward a Greater Understanding
Amsterdam; The Hague: Eleven International Publishing, 2016.

The Right to Be Forgotten in the European Union and Russia: Comparison and Criticism
Nurullaev R. Law. LAW. Высшая школа экономики, 2015. No. WP BRP 54/LAW/2015 .
On 14 July, 2015 the Russian President signed Law No. 264-FZ which grants Russian citizens the right to request the delisting of search results which link to inaccurate or irrelevant information about them (“the right to be forgotten”). This paper discusses the decision of the Court of Justice of the EU in Google Spain v. Agencia Española de Protección de Datos (AEPD) and Mario Costeja González, the case which inspired Law No. 264-FZ, and compares implementation of the right to be forgotten in the EU and Russia. It is found that the Russian law was created as a sui generis right, and fails to account for the right of the general public to find and access information online. Other discrepancies include a wider scope of the right to be forgotten, rigid requirements for processing removal requests and the prohibition to disclose any information about such requests.
Финансовые ресурсы и учреждения
Буторина О. В., Кондратьева Н. Б. В кн.: Европейская интеграция: учебник. М.: Деловая литература, 2011. Гл. 11. С. 186-202.
The scope of the freedom to provide services: prohibited restrictions
Postnikova E. Law. LAW. Высшая школа экономики, 2013. No. 19.
The freedom to provide services is one of the four fundamental freedoms of the European Union (EU) internal market. Interstate trade in services is impeded by different obstacles consisting of the high level national regulation. The objective of this paper is to reveal the nature of prohibited restrictive national measures. The research is based on the analysis of the Treaty of Rome (now the Treaty on the functioning of the European Union), secondary EU law, the evolution of EU case-law, and a range of doctrinal views. It is argued that the definition of prohibited restrictions is the most complex aspect of the case-law on services. The research compares the concept of the restrictions that are to be abolished within the scope of the freedom to provide services and of other freedoms. This study also investigates the correlation between EU and World Trade Organization (WTO) legal mechanisms in the sphere of the provision of services.