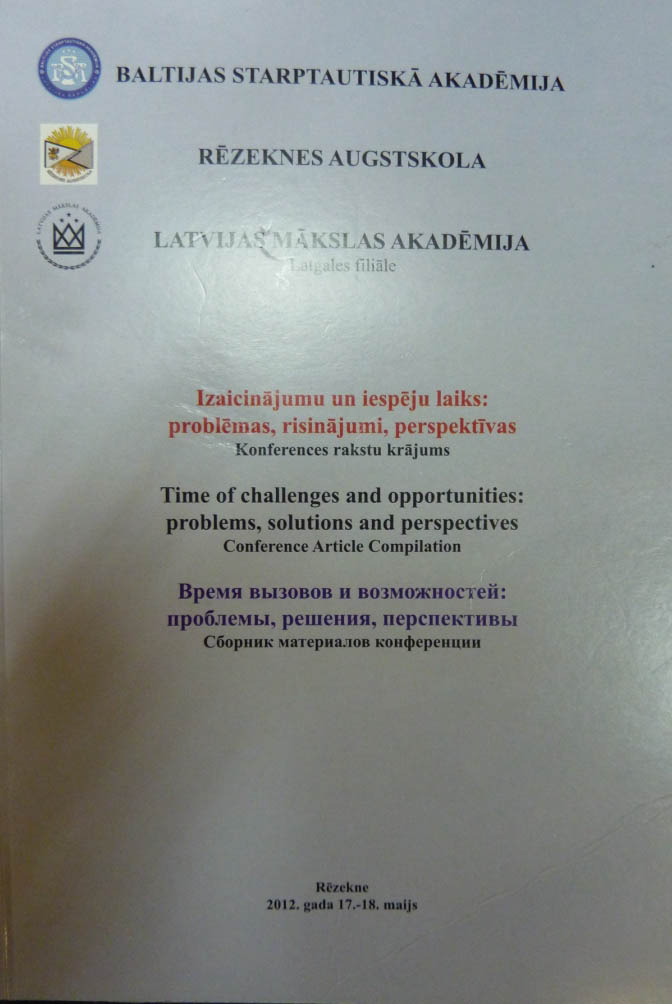 The article describes the current tendency and challenges of philological characteristics of French the French popular language. The types of French sleng are marked out, indicating the linguistic units with the national cultural specific and information of lingvo-socio-cultural features of speech and nonlanguage behavior. The article observes and describes the expressive tools of the French language. There is the description of a cultural component of the process of studying and learning French from the perspective of intercultural communication.

The book is dedicated to problems of applying the competence-based approach in teaching a foreign language to extra-mural students  of a Linguistics University. This type of education can also be successfully obtained by means of distant learning  and it makes it possible to form a socially and professionally mobile (flexible) personality having the ability to develop and upgrade their professional competency by the use of modern  teaching technologies. Specific features of distant learning  are considered taking into account two main forms of teaching/learning process while mastering a foreign language by correspondence. Those are: tutorials at University during sessions and studying at home. An integral system of education is developed.

Зависимость динамики обучения по методу биологической обратной связи от индивидуальных особенностей темперамента
Рогожина Н. В., Чернышева Е. Г., Чернышев Б. В. и др. В кн.: Московский международный конгресс, посвященный 110-летию со дня рождения А.Р. Лурия. Тезисы сообщений. М.: Факультет психологии МГУ имени М.В. Ломоносова, 2012. С. 144-144.
Stuck Between Surplus and Shortage: Demand for Skills in the Russian Industry
Gimpelson V. E., Kapeliushnikov R., Lukyanova A. IZA Discussion Paper. IZA, 2009. No. 3934.
In order to remain competitive, firms need to keep the quantity and composition of jobs close to the optimal for their given output. Since the beginning of the transition period, Russian industrial firms have been widely reporting that the quantity and composition of hired labor is far from being close to optimal. This paper discusses what kinds of firms in the Russian manufacturing sector are not able to optimize their employment and why. Do they suffer from a labor shortage induced by rapid growth, or are they still struggling with employment overhang? What are the occupations and skills in which there is a supposed surplus or shortage? What factors affect the probability that a firm will report non-optimal employment and be unable to solve this difficulty? Where is the labor excess/shortage concentrated and what makes it persistent? Finally, we discuss the costs of non-optimal employment. The analysis presented in this article is based on the data from a large-scale survey of Russian manufacturing firms.
Individual Returns to Training in a Russian Firm
Aistov A., Aleksandrova E. Economics. EC. Высшая школа экономики, 2015. No. WP BRP 101/EC/2015 .
This work is devoted to estimating the individual return to worker's professional training. This empirical research is based on unique monthly data, comprised of the personnel records of workers in a Russian metallurgical enterprise between 2006--2010. Using the original time distributed difference-in-differences technique we control for the effect of workers' mobility and the ``non-parallel'' dynamics of earnings in estimates. A qualitative comparison of mobility in trained and control groups is also made by Kaplan-Meier survival curves. The main factors that distinguish this paper from others are the following. (I) We focused on the internal labour market, concluding that it has common peculiarities of wage setting concerned with training as an open labour market. (II) We show that mobility-friendly training programs give high returns, and not only in transition economies. (III) We suggest controlling for mobility by choosing a corresponding control group. (IV) We use a robust new specification that is reactive to different dynamics of the dependent variable in treated and control groups in difference-in-differences estimates. (V) We compared three different kinds of training and our conclusions could have practical application (at least in Russian context). The best way to raise personal earnings is on-the-job training. The internal mobility caused by retraining courses was the same impact on workers as if they lacked retraining. The wages of workers trained in the same field grow randomly for a few months before and after training. Nevertheless it is difficult to prove the causal effect of this kind of training on wage growth.
Научные исследования в профессиональной подготовке магистров менеджмента: формирование и оценивание компетенций
Стрекалова Н. Д. В кн.: Менеджмент ХХI века: стратегии, проблемы конкурентоспособности в бизнесе и в образовании: Cб.научных статей по материалам XI Международной научно-практической конференции, конференции молодых ученых "Инновационные проекты в области предпринимательства, экологии, спорта и туризма", Санкт-Петербург, 22-24 ноября 2011 г.. СПб.: РГПУ им. А.И. Герцена, 2011. С. 33-37.