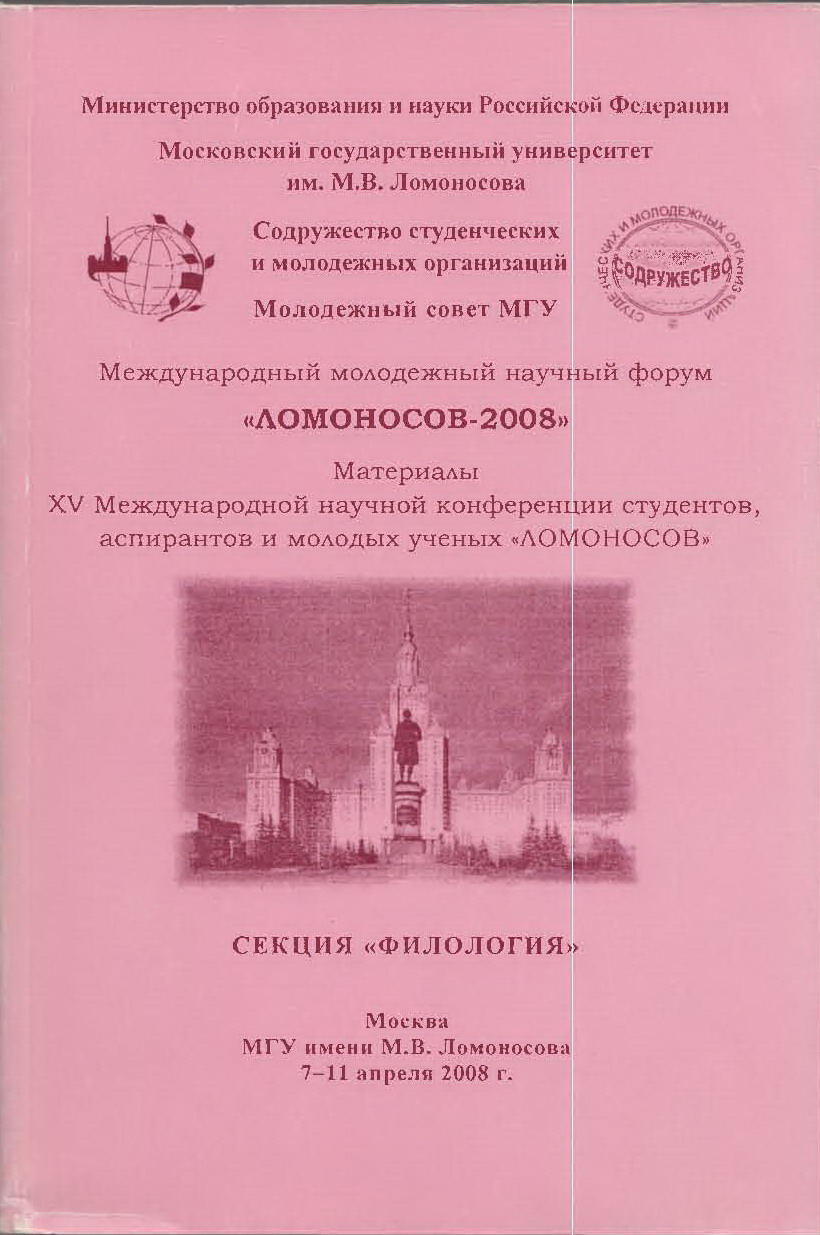 The article deals with the first English version of Derzhavin's ode «God», belonging to John Bowring. The comparative analysis of the original and translation using the close-reading technique helps to single out the transformations of Derzhavin's text. The author also makes an attempt to explain the character of each transformation and to show the mechanism of intercultural reception of works of art.

The book considers events from the history of early Soviet translation studies. It discusses how the approach to the foreign text and the translator’s role and responsibilities were changing in theoretical and critical publications on translation during the period from the 1920s to the 1950s and 1960s. Translation concepts studied by the authors include both concepts which permitted (or even required) the translation to preserve the originality and stylistic freshness of a foreign work, and those which only acknowledged translations that had adjusted the foreign work to readers’ literary tastes and views. The authors demonstrate how, using critical articles and armed with an accumulation of theoretical models, translators engaged in a serious struggle with each other.

The story is illustrated with a detailed history of a conflict between I. A. Kashkin, who suggested the theory of realistic translation, and advocates of other views on translation, E. L. Lann and G. A. Shengeli. The polemics between Kashkin, Lann, and Shengeli in the 1950s are cited in the book, and some of the papers are published for the first time.