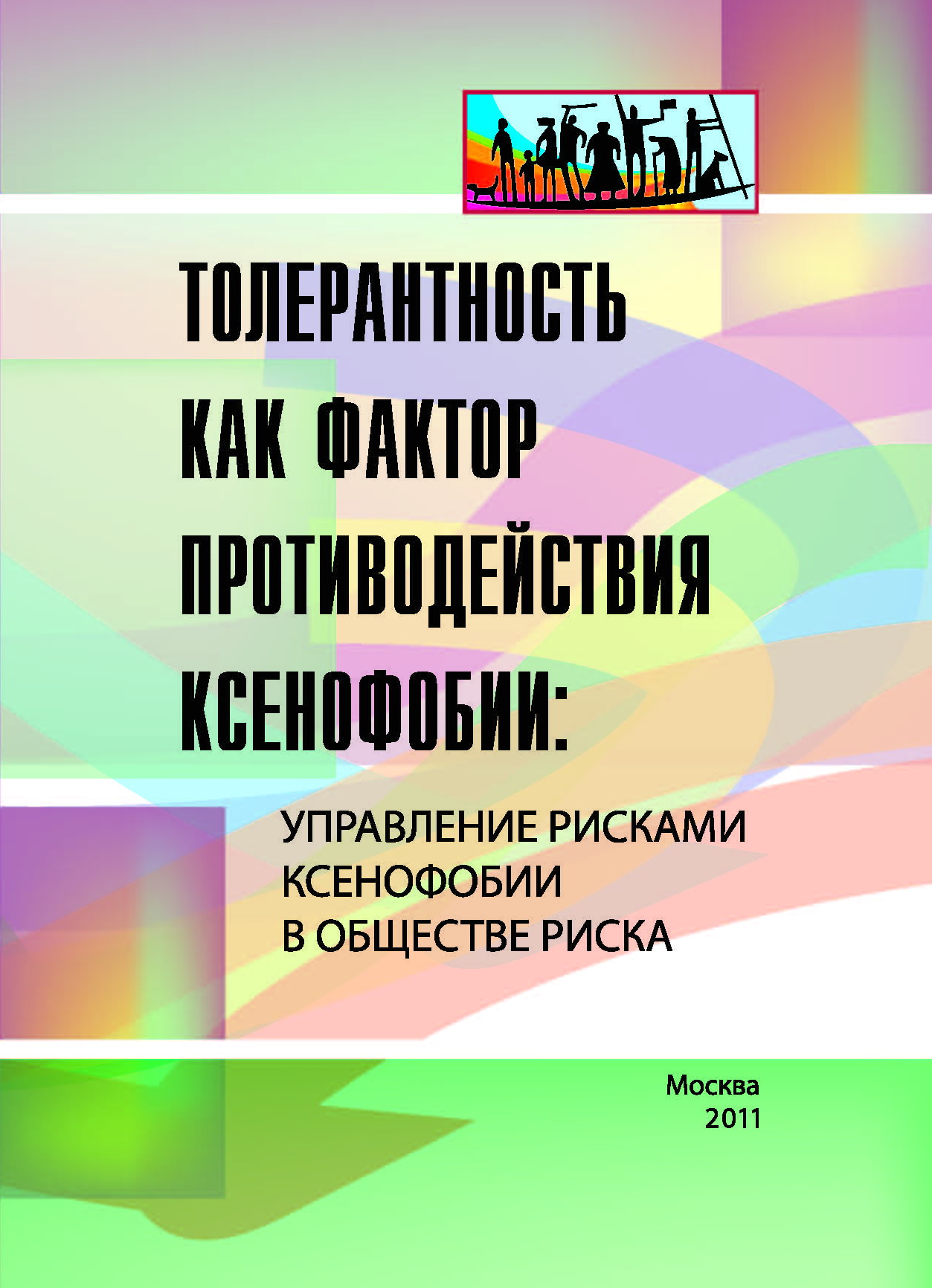 Толерантность как фактор противодействия ксенофобии: управление рисками ксенофобии в обществе риска
М.: Наука, 2011.
Similar publications
Религиозность и этническая идентичность у представителей различных конфессий
Щербаков А. В. Вестник по педагогике и психологии Южной Сибири. 2014. № 2.
The article considers the perspective of domestic and foreign authors on the problem of religion, religiosity and ethnic identity. The aim of the published research was the revealing of differences in religious attitudes and ethnic identity among representatives of different religions, as well as the relations between the studied parameters. To conduct the study there were formed three groups of men aged 20-30 years in the amount of 92 people, openly expressing their religious beliefs (Muslims - 30 people, Orthodox - 31 people, atheists - 31 people ) and voluntarily agreed to participate in the study. For the diagnosis were used: a worksheet "Religiosity" by A.V. Orlov and a questionnaire " The types of ethnic identity " by H.W. Soldatova. The analysis of the data revealed the characteristic features of religiosity and ethnic identity of the three representatives of various religions (Islam, Orthodoxy, atheism). Moreover, we obtained the evidence that nationalism increases while the religiosity falls among the respondents. Our results can be used as the basis for developing a comprehensive program for the formation and development of religious and ethnic tolerance in terms of contemporary Russian society.
Стратегии адаптации мигрантов и их психологическое благополучие (на примере Москвы и Северного Кавказа): Монография. – М.: Изд-во, 2012. – с. 192
Лепшокова З. Х. М.: Грифон, 2012.
Identities in Transition. eBook
Edited by: G. Tsolidis. 2011.

Agenda-Setting in Russian Media
Kazun A. D. Political Science. PS. Высшая школа экономики, 2017. No. WP BRP 49/PS/2017.
The purpose of this study is to test the agenda-setting theory, according to which the media has a significant impact on what people consider to be important events. We compare the results of the Levada Center surveys on the most memorable events of the month with the number of publications on these issues in the press. We focused on the period from January 2014 to December 2016. A total of 884 events were analyzed in the article. The results of the study confirm the impact of discussions in the media on people's attention to the problem. The results also show that the discussions in the media one week before the date of polling are more important than the issues covered over the entire month. People better remember those events which took place shortly before the polling, as well as the events the discussion of which intensified during this period. It is also important to note the role of regional publications in the sensitization of the public to various issues. The issues covered by the national newspapers and news agencies, but ignored by the regional press, are much worse remembered by the population. The results of the study are controlled for background of the discussion: the presence of important events in each relevant month, which monopolized the public attention, is taken into account.
Интернет как коммуникационный канал женских НКО
Зороастрова И. В. В кн.: Коммуникативистика XXI века: человек в современном мире коммуникаций: материалы VII Всероссийской научно-практической конференции 20 апреля 2011 г.. Н. Новгород: Издательство НИСОЦ, 2011. С. 55-59.
Языковая политика через призму миграции: языковой либерализм как угроза языковой идентичности
Гронская Н. Э. В кн.: Двадцать лет спустя: 1991–2011: Реорганизация пространства и идентичности: Материалы международного конгресса. М.: Российский государственный гуманитарный университет, 2012. С. 56-63.
PR в сфере культуры
Тульчинский Г. Л. СПб.: Лань, 2011.
Образовательная среда школы как условие развития толерантных отношений
Васильева Ю. С. В кн.: Толерантность в России: история и современность. М.: ООО «Глобус», 2008. С. 252-257.
Rally-Around-The-Flag and the Media: Case of Economic Sanctions in Russia
Kazun A. D. Political Science. PS. Издательский дом НИУ ВШЭ, 2016. No. WP BRP 33/PS/2016 .
This article analyzes a paradoxical situation: against the background of a large-scale economic and political crisis in Russia, Vladimir Putin's support is increasing. In explanation, we propose the rally-around-the-flag effect. This effect reflects how and why a national leader’s approval rating substantially increases during tragedies and international conflicts. However, the circumstances in Russia differ significantly from those described in the literature. For example, the rally effect in Russia is substantially more stable than in other countries. Because the rally-around-the-flag effect is closely linked with debates that are presented in the media, we search for explanations in this area. We assume that the use of deproblematization strategies in the media discussion on economic sanctions proves to people that the effects of the sanctions are not severe and generates images of Russia’s external enemies and Vladimir Putin as a strong leader who resists these enemies. Such strategies and practices can contribute to the rally effect. The article analyzes the key strategies used to deproblematize the economic sanctions (and the Russian food embargo) that were used in four Russian newspapers from March 2014 to December 2014.
Культурные аспекты и правоприменительная практика в области прав человека в Северной Америке
Сунгуров А. Ю., Канич В. В., Шишкина А. Р. и др. Права человека в современном мире. WP18. НИУ ВШЭ, 2012. № 03.
Мусульманская община в США: проблемы адаптации
Суслова М. Н. Общественные науки и современность. 2011. № 6. С. 123-131.