The future of the Russian economy depends on several major factors: national institutions for development, human capital, technological and financial resources, and external environment. As a country with long-term ambitions, Russia is prioritizing the prosperity of its citizens, strategic security, and reviving the arts and sciences. Russia’s economic restructuring is unique in its complexity following the triple transition in the early 1990s: from the USSR to the Russian Federation, from a planned economy and state property to a market economy and private property, and from the socialist ideology to democracy. As the continental superpower with a long history of domestic and international political rivalries and conflicts, Russia has struggled to reach the current level of development. The deconstruction of global governance, as it was structured following World War II, is causing concerns to Russian political elites. In the twenty-first century, the ability of the Russian economy to retain a prominent place in the world will depend on our human capital, territory, resources, political influence, arts, and sciences. Due to the modest size of the Russian GDP, Russia will have to adapt to the world with a bigger China, the USA, India, and the European Union. Russia will stay in a group of countries with similar GDP but very different levels of development, such as Brazil, Japan, Germany, and Indonesia. 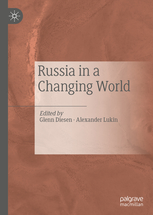 In the 1990s The Russian transitional economy was characterized by many adverse economic processes, but the very important are two of these ones. The first one was the long and biggest fall in output and fixed capital investment. The second was monetary degradation which is increase of primitive mediums of exchange and means of payment – cash, inter-enterprise arrears ("non-payments") and barter – and (relative and absolute) decrease of "advanced" kinds of money. The goal of this article is to explain interconnections between these processes. The main idea is that these phenomena were generated by shock therapy policy which is turned to be a something like “reverse gradualism”. It means that shock therapy policy is the immediate introduction of all reforms but is not immediate completion of all ones. If that policy takes place, logically later reforms are ended more early because of its extremely small relative duration! That was a case of Russia in the 1990s.