The chapter discusses the specifics of argumentation in everyday communication. The author presents the specifics of the discourse of everyday communication and argumentation as a method of persuasion. The second part of the chapter is devoted to the analysis of the functioning of emotional arguments based on statements of emotional influence (praise, compliment, censure, insult, curse, etc.). These influences act as a tool for regulating the joint activities of people and can change the way of thinking, behavior and actions of interlocutors. Emotional argumentation in the implementation of such statements may be the only, "protruded" element of the statement, the most important for the momentary situation. 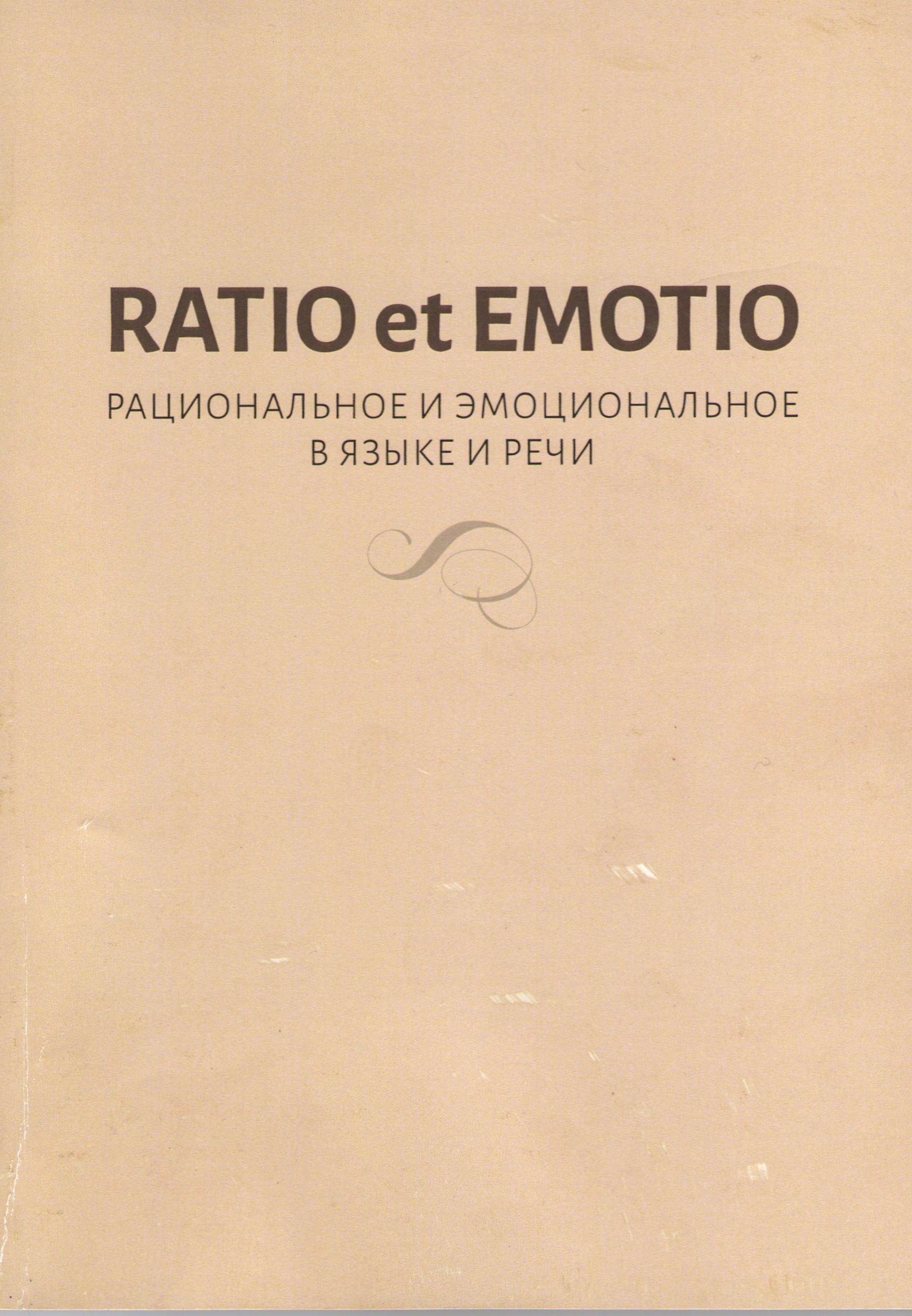 There are shown situations when such ordinary things as a shop, a workshop, an insurance company, a long distance train, a clinic, a hospital, a stage scenery, some sport activity or military service, unfavorable ecologic or informational situations further the dependant condition of a person, in the article. Besides such person experiences not only psychological of physical discomfort, but such emotions, that ruin its nature, change the behavior, touch the soul, restrain the psyche, perturb the heart, the whole body. There are made several propositions of freedom infringement counteraction concerning every kind of exploitation, including the criminal law resistance to it.

How Politicians Exploit and Manipulate People's Perceived Well-being to Win in the Political Arena and to be Elected.
Shilova N. In bk.: The Happiness Compass: Theories, Actions and Perspectives for Well-Being. NY: Nova Science Publishers, 2013. P. 263-272.

In this chapter we review and analyze the existing concepts of political manipulation of the emotional atmosphere of the society, concentrating our attention on the mechanisms used to transfer personal emotions into political actions. In particular, we are interested in emotions that can be the source of forming a so-called ‘politicized identity’ and explain the differences and the similarities of political manipulations in totalitarian regimes and democracy.

The article is devoted to the study of the theological article as a representative of theoretical theological discourse. In the article, the determinants of this kind of discourse are singled out, determinants viewed as its key features enhancing the argumentative effect.

Components of emotional meaning: A sourcebook
Oxford: Oxford University Press, 2013.
How Root Metaphors Structure Meaningful Life by Means of Emotions: Theory and Empirical Illustration from the Sphere of Academic Ethics
Kurakin D. Working Papers in Cultural Sociology. CCS WORKING PAPER 2014-08. Center for Cultural Sociology, Yale University, 2014. No. 8.
The article is dedicated to the development of the cultural sociological theory of metaphor. Metaphor has been recognized in the “strong program” of cultural sociology as a means of performance which allowed the building of cultural explanations of such events as the trauma of the Holocaust, and Obama's political success. This paper aims to contribute to these arguments by means of expanding the definition of metaphor beyond its interpretation as a certain type of proposition. This expansion is based on elements of the theories of metaphor of Paul Ricoeur, Max Black, Steven Pepper, George Lakoff, and Mark Johnson, and connected to the Durkheimian theory of the sacred, with a stress on the role of collective emotions. Metaphor is thus seen as one of the key cultural structures which implicitly or explicitly shapes perception, imagination, thought, and action. To illustrate the productivity of the theory, the paper examines how revealing the conflict of powerful educational metaphors allows the building of a counter-intuitive cultural explanation of the wide spread of plagiarism in university students' essays.
Primary And Secondary Emotions As An Instrument To Measure Implicit Prejudice
Agadullina E., Gulevich O., Terskova M. Psychology. PSY. Высшая школа экономики, 2019. No. WP BRP 110/PSY/2019.
The article presents the results of the selection of relevant to the Russian context emotions perceived as primary (which humans share with animals) or secondary (experienced only by humans). Three stages of the selection and evaluation of emotions made it possible to distinguish 12 emotions: primary positive emotions (Joy, Pleasure, and Interest), primary negative emotions (Anger, Irritation, and Rage), secondary positive emotions (Inspiration, Afflatus, and Enthusiasm), and secondary negative emotions (Disappointment, Regret, and Devastation). The results of confirmatory and multigroup confirmatory factor analyses demonstrated that these emotions are well grouped into primary-secondary subgroups and that their valence is important to grouping. The highlighted emotions can be used to study implicit prejudices towards various social groups
The Oxford Companion to Emotion and the Affective Sciences
Oxford: Oxford University Press, 2009.
Диалог как сфера реализации эмоциональных высказываний
Яблокова Т. Н. Актуальные проблемы гуманитарных и естественных наук. 2011. № 2. С. 140-143.
Aesthetic Emotional Experience: From Eye Irritation to Knowledge
Nenko A. (. In bk.: Understanding Knowledge Creation: Intellectuals in Academia, the Public Sphere and the Arts. Vol. XIX. Amsterdam; NY: Rodopi Press, 2012. P. 163-182.
In this chapter we aim to reveal the cognitive essence of aesthetic emotional  experience gained by individuals in the realm full of evidence - the visual  arts. Though stressing on the sensual and emotional side of cognition, we underline the complexity of the conceptualizations needed ultima analysi for  understanding knowledge creation. In our opinion, description and analysis  of the emotional experience gained through visual arts can be carried out  profoundly in the frames of phenomenological paradigm, for it considers  experience as a complex enterprise of habitation in the world, paying much  attention to its emotional aspects. We regard artwork as a multilayer  formation having material and symbolic dimensions, as well as interactive  dimension that contains subjective positions of the author and the spectator.  The latter are presented as ‘intellectuals’ that involve into a cognitive  practice, constitute a corresponding interactive order and create transpersonal  aesthetic emotional knowledge. Emotions aroused by the artwork include  corporeal sensations and cognitive-evaluative feelings of emotional aesthetic  experience that is intentional and intersubjective. Knowledge arises from  these multiple sources as a super-subjective phenomenon and constitutes a  mode of apprehending the world, an algorithm of sensual transgression from  primary physical feeling of oneself to the symbolic complex intersubjective  emotional realm of concentrated life.
“The threat is imminent” or how language contributes to construction of political myths
Molodychenko E. N. In bk.: Мифы и реальность в теоретической и прикладной лингвистике: материалы междунар. конф. (Архангельск, 23-26 ноября 2010). Arkhangelsk: 2013. P. 32-38.

Emotion regulation and well-being
NY: Springer, 2011.
Emotional Landscapes of Reading
Samutina N. Basic research program. WP BRP. National Research University Higher School of Economics, 2015. No. 99.
This paper focuses on fan fiction as a literary experience and especially on fan fiction readers’ receptive strategies. Methodologically, its approach is at the intersection of literary theory, theory of popular culture, and qualitative research into practices of communication within online communities. It presents a general characterization of fan fiction as a type of contemporary reading and writing, drawing upon the influential works by H. Jenkins, A. Dericho, K. Tosenberger, and others. Taking as an example the Russian Harry Potter fan fiction community, the paper poses a set of questions about meanings and contexts of immersive reading and affective reading, highly present among the reading strategies of this fan fiction community. The emotional reading of fan fiction communities is put into historical and theoretical context, with references to the works by researchers who analyzed and criticized the dichotomy of rational and affective reading, or «enchantment», in literary culture as one of the symptoms of modernity (M. Millner, M. Saler, R. Felski). The metaphor of «emotional landscapes of reading» is used in the paper for theorization of the reading strategies of fan fiction readers, and discussed through parallels with phenomenological theories of landscape. Among the «assemblage points of reading» of fan fiction, such specific elements are described as «selective reading», «kink reading», «first encounter with fan fiction texts» and «unpredictability»